Is this sample drawn from the normal distribution ? using information from both mean and standard deviation

After correcting for a bug in my code in a previous question, I could simulate efficiently thousands of samples from the normal distribution N(0,1). I calculated the mean and standard deviation of each sample :

and plotted the standard deviation against the mean in a graph : 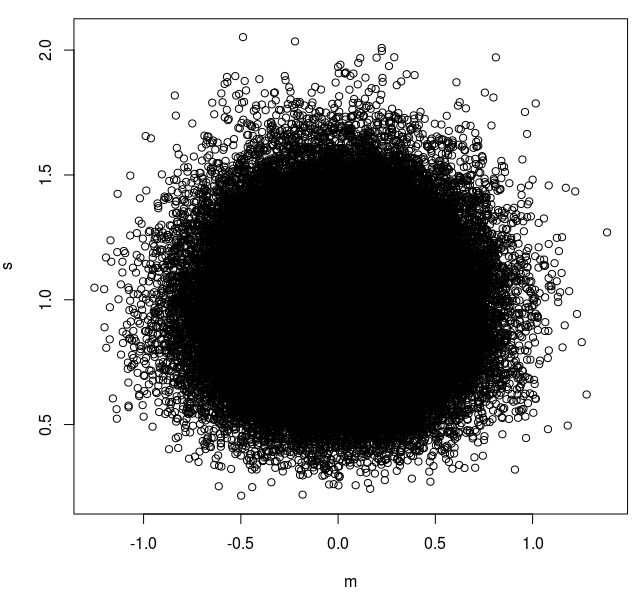 When generating another similar sample, is it possible to use its location in (s,m) 2D-space to determine whether, by reasonable evidence, it originates from a population distributed as N(0,1) ?

Is that reasoning related to p-values (as i suspect) ? Is it simply correct or not ? And is there a name for it ? Because it seems quite natural to me to think that a realized sample too far away from a given distribution (the null hypothesis, actually) , by mean AND standard deviation, could be considered different.