I need help with data transformation. In the picture below the upper left picture shows the histogram of the variable V6. Because it is so right-skewed I tried 3 forms of transformation but none of them seem to make the data more symmetrical. Is there maybe another solution for this? Maybe change of breaks or something else? 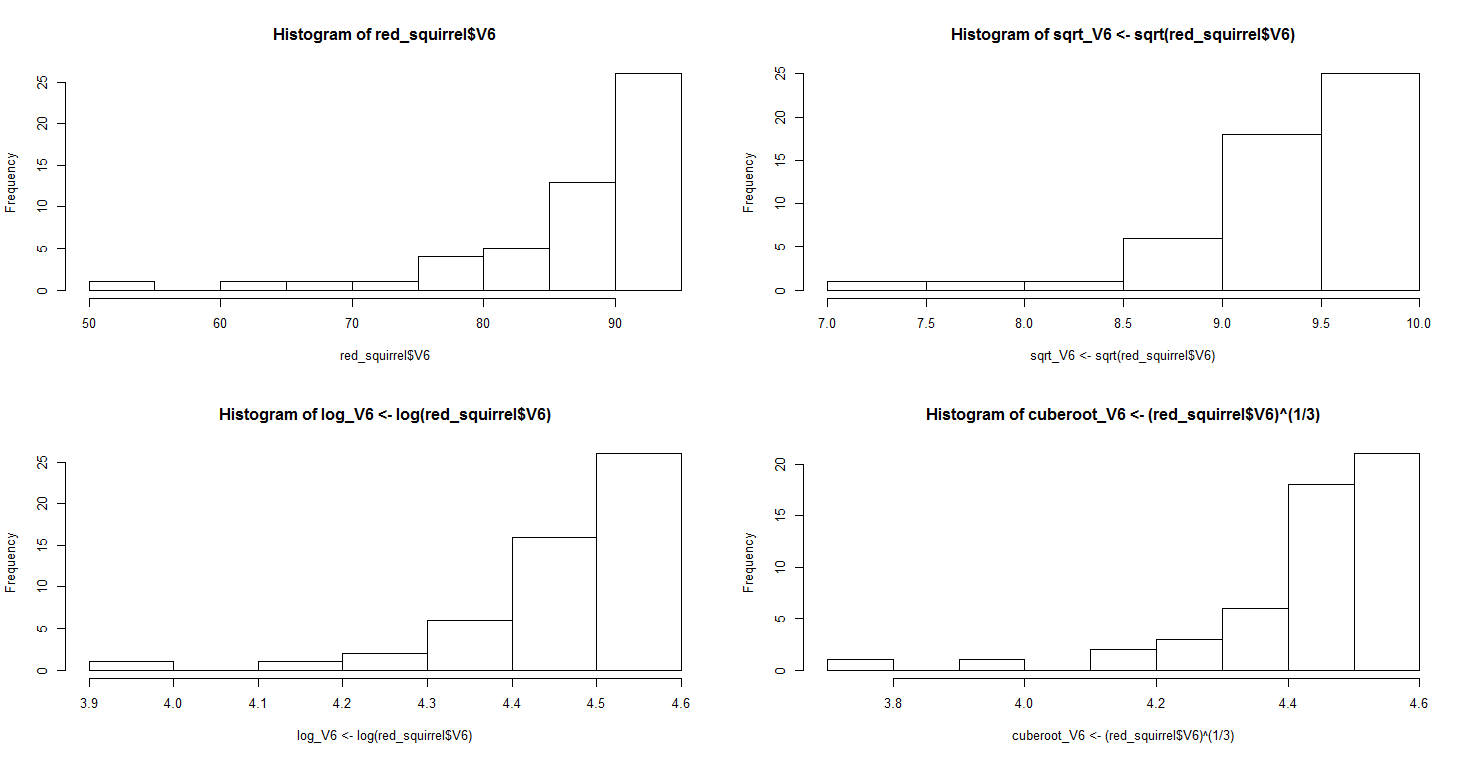 EDIT: Here is the data:

From your graphs it appears that you have about 50 measurements of percent cover. The values range from about 50% to about 100%. It's possible that some values are recorded as 100%. Presumably values cannot exceed 100% (if not, please tell us otherwise).

Note first of all that they are left-skewed, not right-skewed.

In statistics, the label for skewness is that of the longer tail: the terminology implies that you are looking at a histogram with magnitude axis horizontal. In this case, you are, so no problem there.

There is a more subtle problem too. Over that twofold range, from about 50 to about 100, those transforms are close to linear, as shown by the graphs below. So they will change the units of measurement, but more crucially they won't change the shape of the distribution much at all. That's why -- although they cannot help -- they in fact don't make much difference and why the histograms you show are all more or less the same shape. 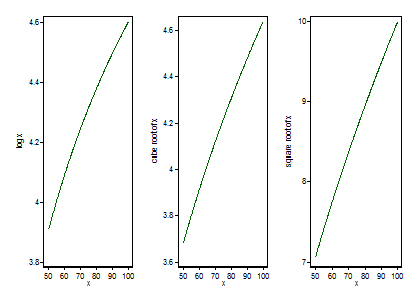 It's possible that a logit transformation will help, or a folded power.

P.S. Normality, or otherwise, is at best marginally relevant for such bounded data. Some analyses might go better if you had a more symmetric distribution, but no more. The bigger deal is what you intend to do with the data.

EDIT on seeing the data:

There are at least two questions bundled together here:

These questions aren't that closely related. I'll answer them in reverse order. 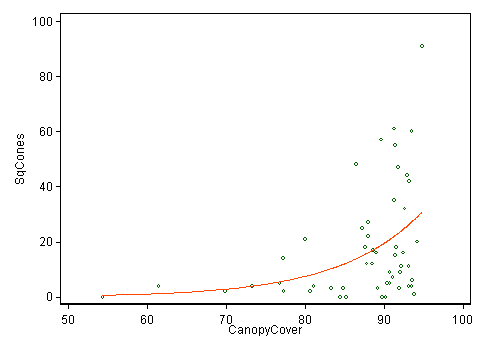 It's no part of the Poisson regression to assume that any predictor is normally, or even symmetrically, distributed. But if we felt a little squeamish about the skewness and whether it had side effects, we could try transforming to see if it made a difference. As logit is not defined for 100%, I feel hesitant about applying it here, even though all values of cover are below 100%. I tried folded square root, got predictions using that as a predictor and then plotted the predictions on top of the previous predictions: 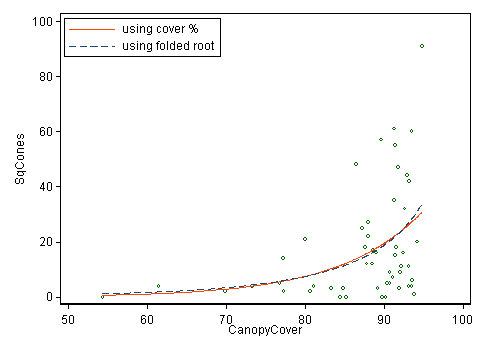 There is no obvious disadvantage to using the original scale because predictions are close with and without the transformation.

For more about folded powers, see What is the most appropriate way to transform proportions when they are an independent variable? (which gives yet further references).

I've not tried to bring your other variables into the analysis. For completeness, I will mention an unasked question,

The most important advice I have for this problem is that the precise distribution of a predictor usually doesn't matter much. Normal distributions are not a target: if they were, we could hardly use (0, 1) indicators as predictors, which fail dismally. 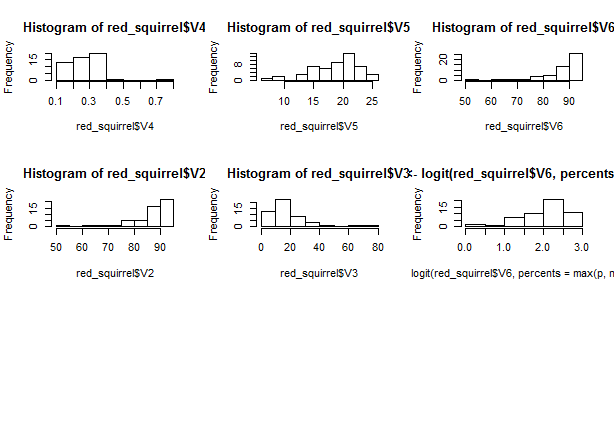 Oh yess it worked out! I did it liek so: hist(CanopyLogit<-logit(red_squirrel$V6, percents=max(p, na.rm = TRUE) > 1, 0)) I this actually a good normal distribution? I guess yes!

Thanks for that answer! Logit sounds good! (BECAUSE I've hear of that before;) I will try that.

thanks for the information in the left-skewness!

There is a more subtle problem too. Over that twofold range, from about 50 to about 100, those transforms are close to linear, as shown by the graphs below. So they will change the units of measurement, but more crucially they won't change the shape of the distribution much at all.

But what does it mean that the transforms are linear, I mean they were linear before right?

Not the answer you're looking for? Browse other questions tagged data-transformation histogram or ask your own question.

13
What is the most appropriate way to transform proportions when they are an independent variable?