How to compute the central tendency for such a distribution?

Consider an annular region of space. We divide this annulus into four equal regions and we take some measurements in each of the four sectors. 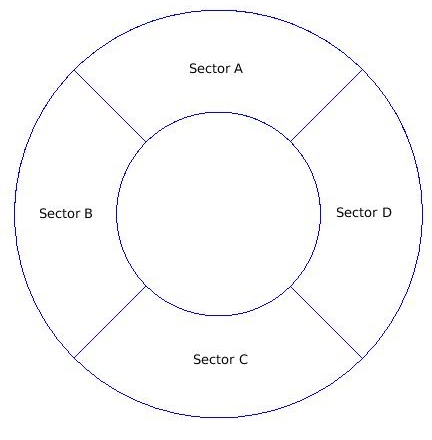 Main question: What is a reasonable way to estimate a reasonable measure of central tendency for the entire annulus?

The measurements within a sector seem to be log-normally distributed. Here are some typical distributions for all four sectors. 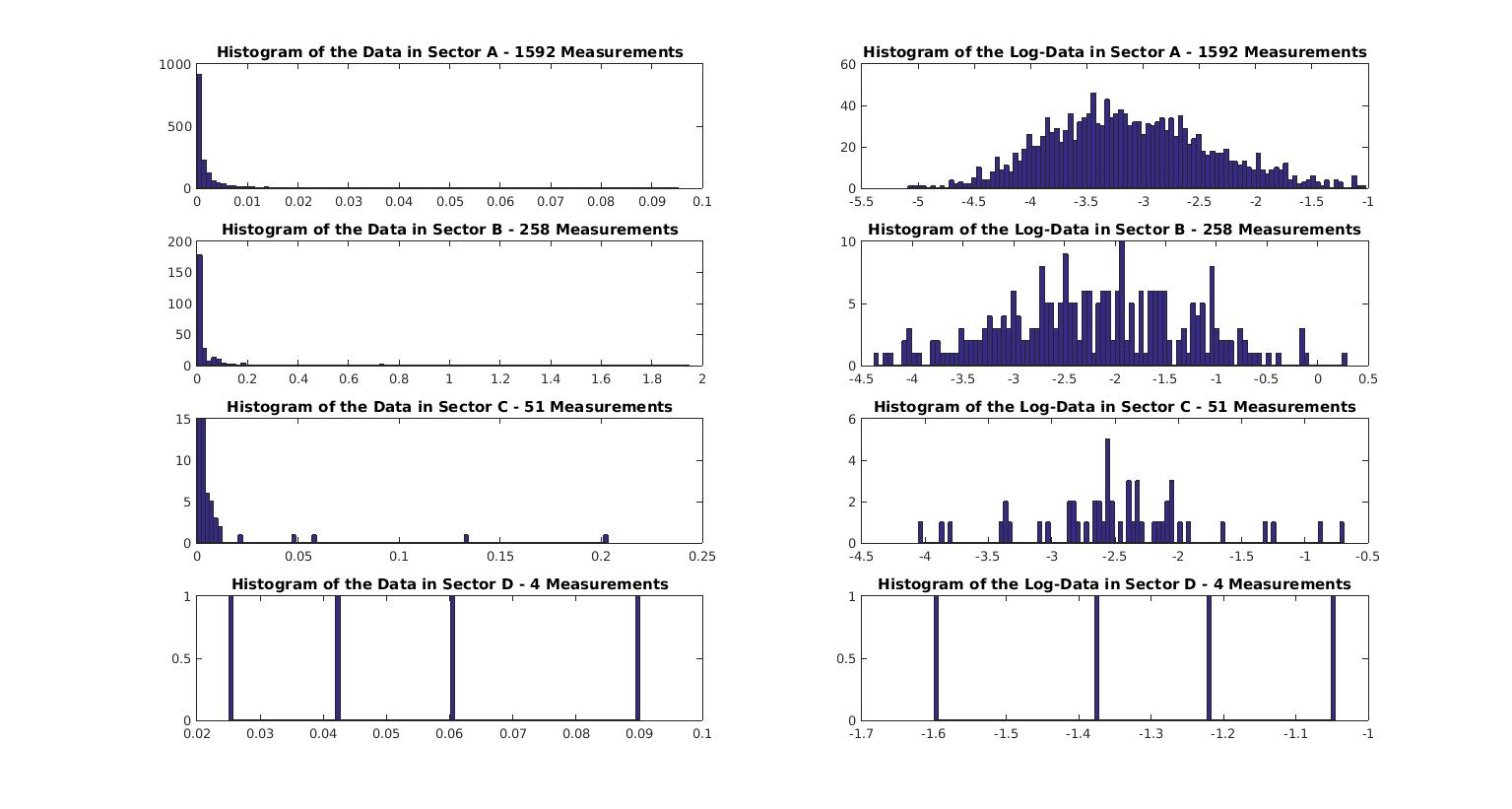 The logs are all base ten here. The panels on the left show the distributions of the actual data in all four sectors. The right panels show the distribution of the data after I take the log for all four sectors. Within each bin, I am convinced that the "best" measure of central tendency is the median (in all of my cases, the median and the geometric mean are almost identical...the mean is always at like 75th percentile or higher). But then the question is, how can I get a measure of central tendency for the entire annulus? I can

Which one of these is "best"? This is brand new stuff so we don't have much theory available. We have no idea what it is supposed to be theoretically. The end goal is just descriptive statistics as well as plugging the "average" energy into an equation and reporting numbers. At the end of the day, for now, we just want to be able to say, "The typical energy in the given annulus under these circumstances is ________ which plugging into equation 1 gives us Billy's constant as ________."

Assume that experiments are expensive and extremely time consuming and cannot be repeated so we have the data that we have. Does this have a name? Are there any books or papers that someone can recommend which we read, use, and cite? That'll be perfect.

Two things that come to mind:

If your sensors are sampling well, I'd think that the median of all of your samples, within each state, would be what you're looking for. I'm not a physicist, though, so hopefully actual experimentalists will jump in with comments or answers.

(I'm imagining that your sensors are essentially integrating the energy in the ring via random sampling.)

Not the answer you're looking for? Browse other questions tagged descriptive-statistics binning circular-statistics or ask your own question.