Why is my post-hoc anova test not significant, while a t test is?

I am comparing fluorescence levels in baseline condition, after a pretreatment, and after a treatment with a drug. The statistical software I am using is GraphPad prism. 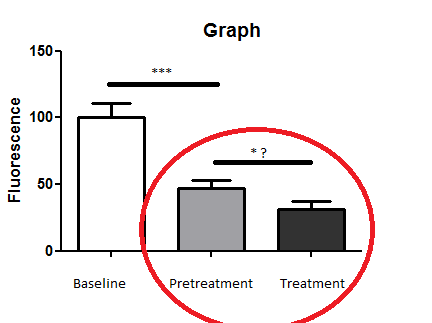 Without looking at your data, I can only guess. However it is likely that the t test appears significant because there is no multiplicity penalization. Conversely, the Tukey correction inflates (appropriately) the p value in light of the multiple comparisons. Check attentively the software output and you should be able to recognize this.

Not the answer you're looking for? Browse other questions tagged statistical-significance anova t-test or ask your own question.