For comparison I am using the metrics RMSE and cross correlation.

One situation where $k$-NN can easily outperform regression is when you are trying to approximate a function with some structure, but you don't know what that structure is. For example, suppose your data looks like this function $f(x)$: 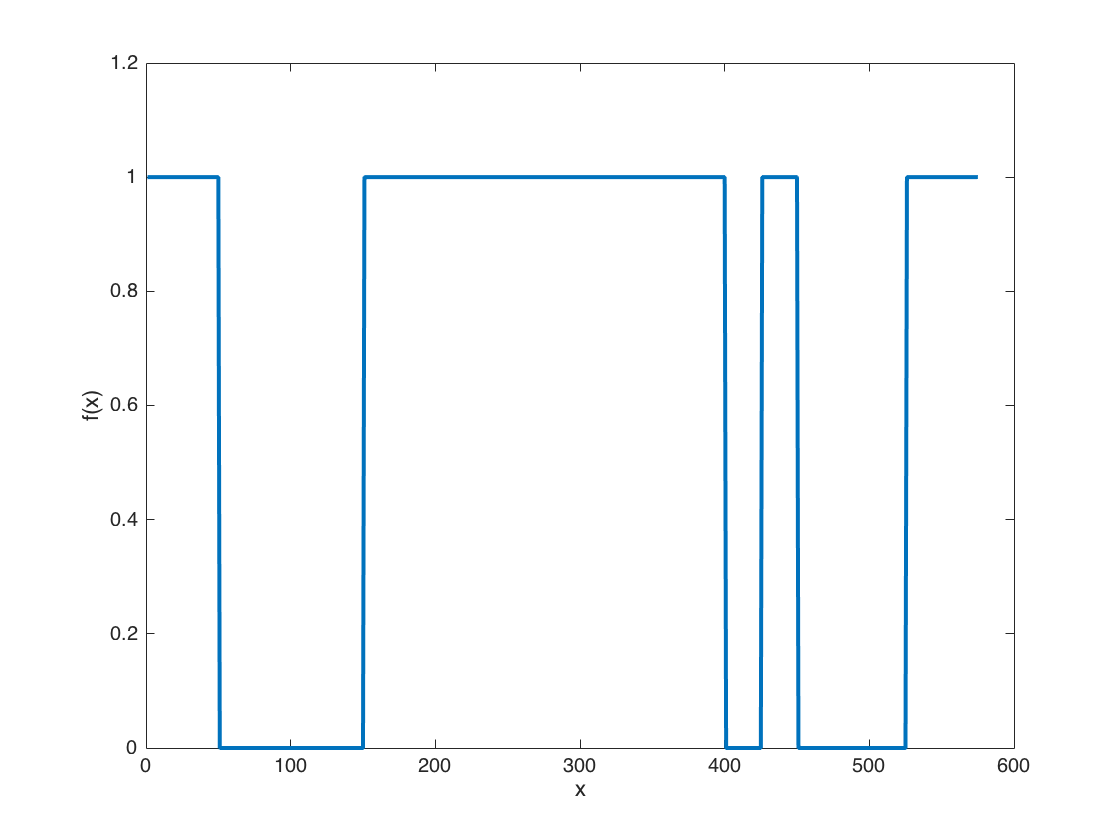 A nearest-neighbor predictor will be able to fit this function very well, except perhaps right around the transition points.

Now consider trying to fit this with an explicit regression model. If you knew that that $f(x)$ had six transitions and they were all steps, you could write down a model and fit it. However, suppose we didn't know that a priori, and the data might really have 7--or 70 steps! It's still potentially possible to fit this (e.g, by doing some model selection), but it may not be easy and may require a lot of data to distinguish between similar possibilities.

A second advantage of $k$-NN is that its performance scales with the number of data points. Suppose we have a second function $f'(x)$ (not shown), which is like $f(x)$, but has some fine structure: perhaps the values also oscillate slightly, so that $f'(x)=1.001 \textrm{ or } f'(x)=0.001$ for odd $x$ values. You could explicitly incorporate this into your regression model--if you noticed it--but you would need to observe it and realize that it requires yet another degree of freedom in your model. In contrast, you'll get this "for free" with a $k-$NN model.

The major disadvantage of $k$-NN is that there is not much of a model to interpret. A regression model would tell you that there are transition points here and there (with this much uncertainty about their positions), which might be of interest. The $k$-NN model just tells you that the $k$-nearest points are (or are not) similar.

Not the answer you're looking for? Browse other questions tagged regression k-nearest-neighbour or ask your own question.