I am regressing a continuous predictor on over 60 variables (both continuous and categorical) using LASSO (glmnet).

In examining the variable trace plot, I notice that as log lambda increases, one of the key variables has a coefficient that actually increases. Then, after a certain point, it begins to decrease like we would expect.

To make sure this wasn't a fluke, I ran 10 models using bootstraps and obtained very similar results.

Is this possible, or is there a problem with the data? If legitimate, what does this trend in the variable's coefficient tell us about the variable and the relation to the response? 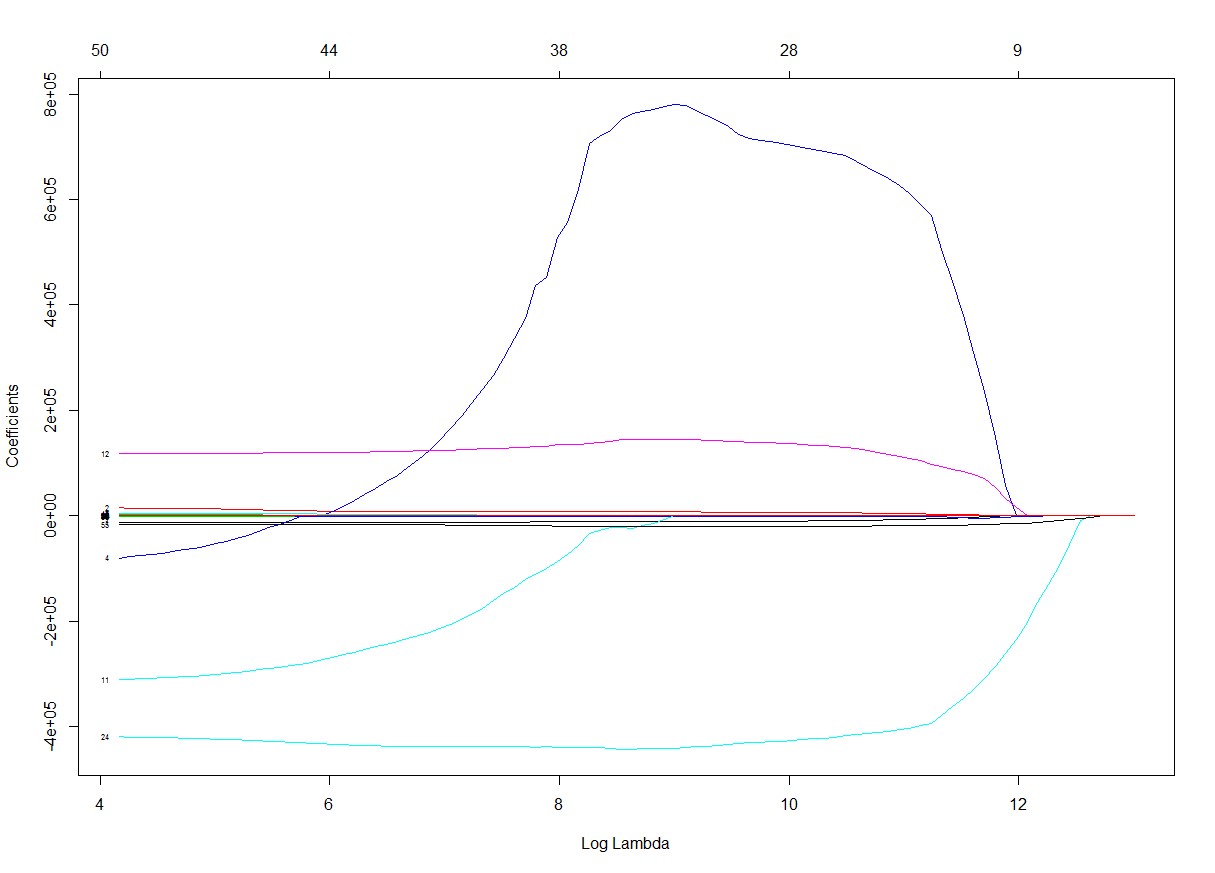 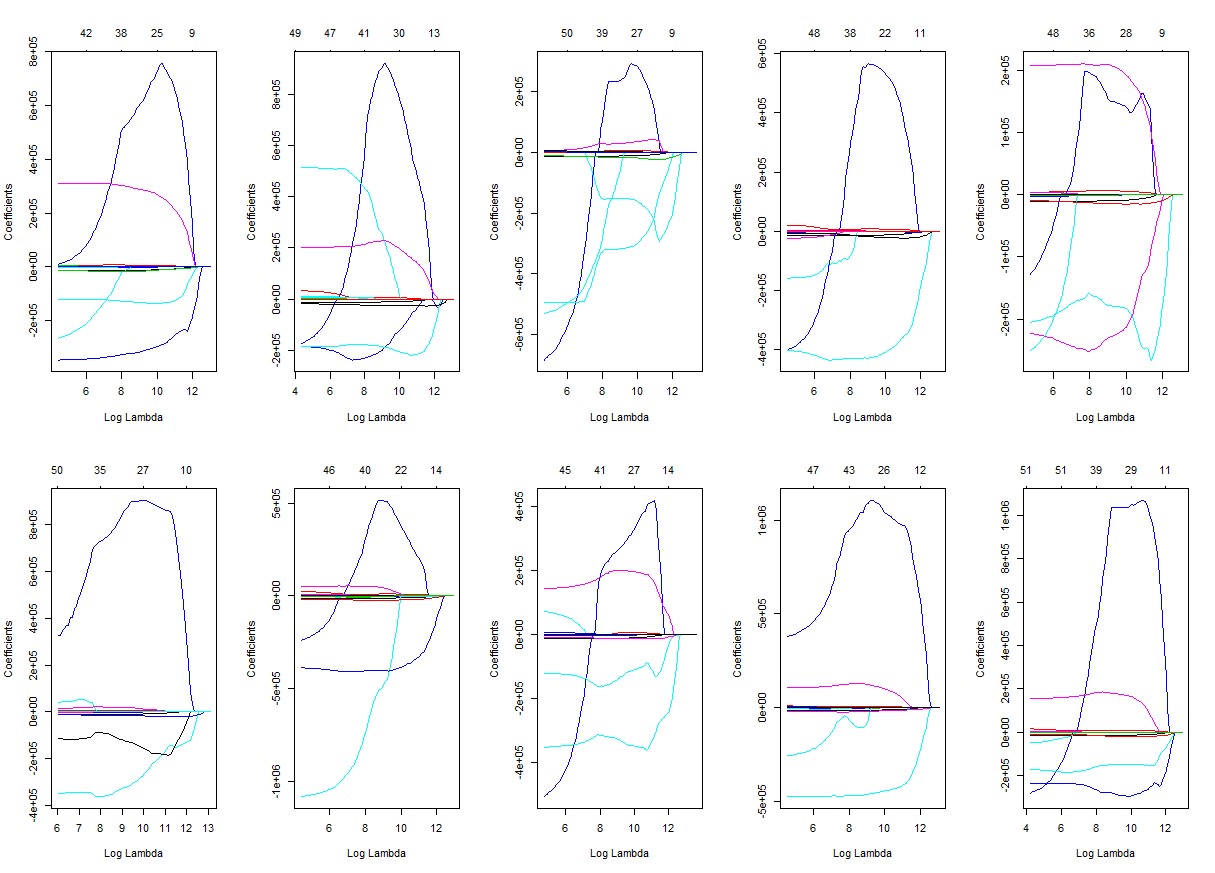 It's not only possible, it's a very common occurrence.

Note that the penalty is $\ \lambda\,||\beta||_1$. So some components can increase in magnitude as long as others decrease, without increasing the norm overall. Sometimes as $\lambda$ increases, one (or a few) coefficient(s) may increase in size at the expense of others which together decrease at least as rapidly, because it helps keep down the rate of increase in the lack of fit term more than reducing them all together would.

You'll often see this kind of behaviour when there's some correlation amongst the predictors - there can be a sort of substitution effect.

Not the answer you're looking for? Browse other questions tagged lasso regularization glmnet or ask your own question.

4
Signs of the lasso solution