How do I handle very different weights in a least squares fit?

I'm performing a weighted linear least squares fit, where the weights correspond to the number of counts of a specific observation. Due to the nature of the data, it is possible that a small handful of observations get weighted much more than the rest, so that the regression is dominated by, say, two data points only, which obviously leads to bad results.

I've run a few tests and I noticed that by e.g. capping the weights, I can improve the results, though this feels rather hack-ish to me. Are there better ways to avoid a small number of data points to out-weigh the rest of the data, or, if capping the weights is a good approach, is there non-ad hoc way to determine the optimal value of the cap?

Here's what some sample data and fits look like with (a) no weights, and (b) weights. The data were generated from fairly realistic simulations, so I know the ground truth (red line). 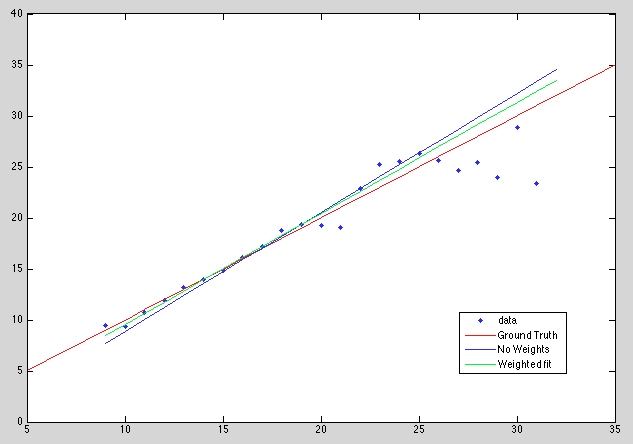 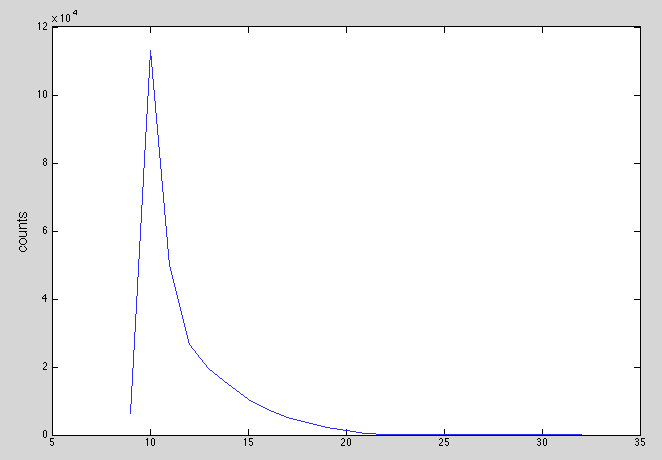 My problem is that the weight of some data points (#2 at x=10 for example) can be sufficiently large to dominate the fit. However, I also don't want the very-low-count data to weigh in too much, otherwise I get a really crappy fit as well.

You can try applying a function to the weight. Reasonable choices would be a log or sigmoid.

Not the answer you're looking for? Browse other questions tagged least-squares robust weighted-regression or ask your own question.