A colleague does replication on a quite coslty experiments. There are four different conditions, each one duplicated. The outcome with $4\times 2 = 8$ points is illustrated below: 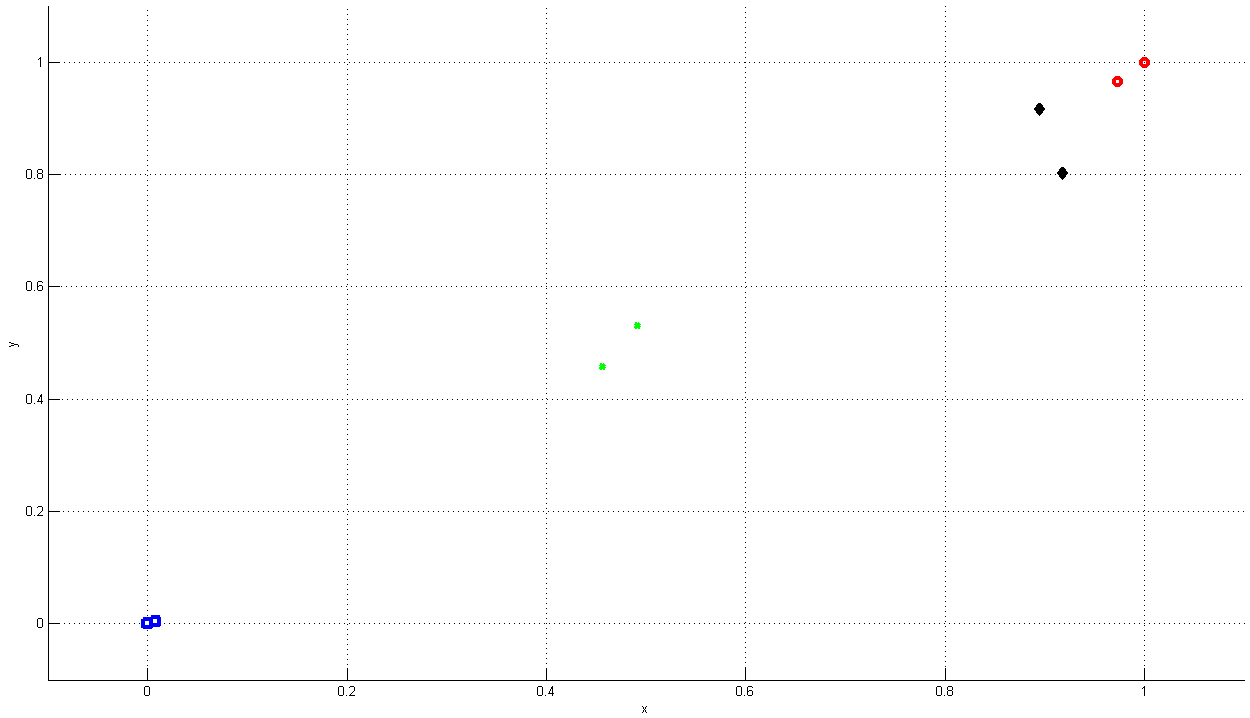 The analysis is standardized: each pair of colored points yields an average $\mu$ associated with its dispersion $d$, to assess the variability in the given condition. Black diamonds apparently exhibit higher variation, for instance. The colleague directly computes the standard deviation on each pair of points, and uses $d=2\sigma$. I know statistics on such small dataset can be touchy. I would like to provide advices to keep numbers as clean as possible on this condition.

My questions are the following (I am not a trained statistician):

I know two points is not much, and we are close to the singularity limit of one-sample statistics. I have heard a colleague say: "I do not replicate, to avoid dispersion".

Not the answer you're looking for? Browse other questions tagged variance dataset sample-size small-sample eda or ask your own question.

163
Intuitive explanation for dividing by $n-1$ when calculating standard deviation?