I have a five-variable regression equation, and I added any constant (fixed value, say 100) to all the observations of variable $A$, another (or same) fixed value in variable $B$, while the other three variables are unchanged, what will be the interpretation of the Betas of variable $A$ & $B$ (A & B are Independent variables).

If you transform one of the regressors by adding a constant, this shift will not influence the actual slope or estimated coefficient $\hat \beta_i$ of the regressor. Instead, it will be absorbed in the estimated intercept, which will be displaced because all the points in the data cloud will shift accordingly. As an example, here is the plot of a multiple regression with only one regressor plotted together with the OLS regression line including the intercept and the slope of the plotted regressor. After shifting the explanatory variable $20$ units up, the slope stays unchanged, but the intercept is shifted accordingly: 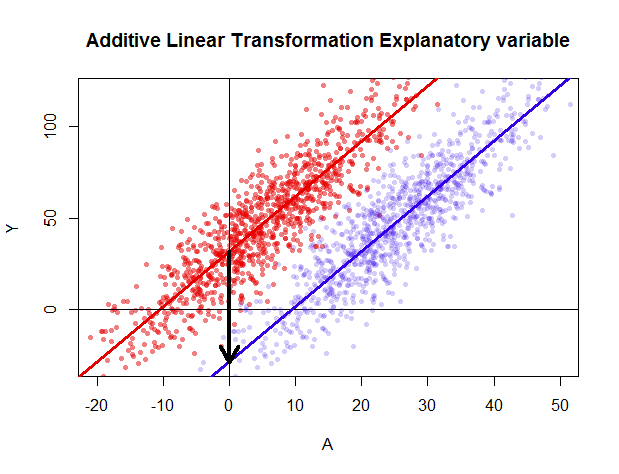 If instead, you transformed the variable in question by multiplying it by a scalar value, there would not be any translation of the data cloud, but the slope would change. You would be doing the equivalent of a change of units in the explanatory variable: 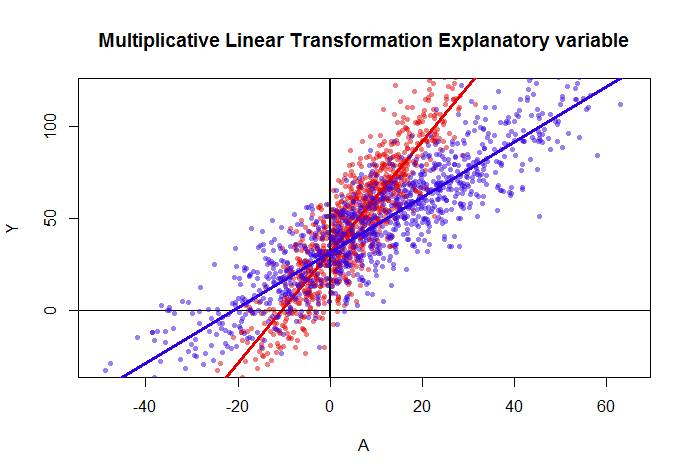 Not the answer you're looking for? Browse other questions tagged multiple-regression forecasting regression-coefficients or ask your own question.