Below is a scatter plot (capped at $10k) representing the average donation a project receives vs the word count of the funding request essay for all projects represented in the open Donors Choose Data. 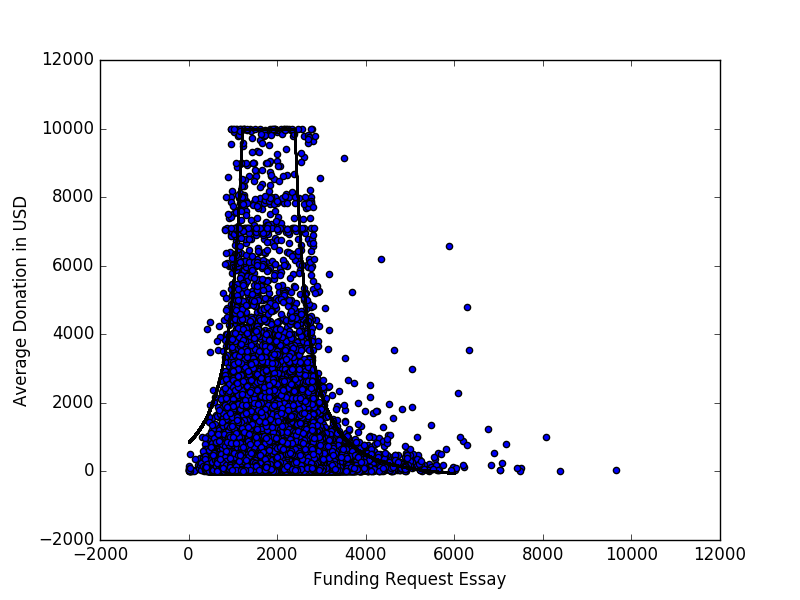 There is a noticeable pattern, which I tried to characterize by fitting the curve

through manual parameter manipulation. However, I'd like to know other ways to approach modeling or finding patterns/relationships in data that looks like this.

Here is the disparity that motivates my search for other methods:

In the canonical example for linear regression, the scattered points are deviations from a curve. In this example, that clearly isn't the case, as it seems the points are clustered under some area. 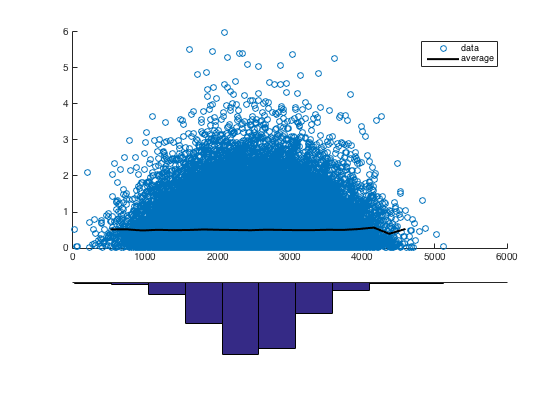 To prove it, I calculated the average y value in bins of x (black line). This is approximately constant for all x. If the data was distributed according to our intuition from the scatter plot, the average in the 1000< x<4000 range should be higher than the rest - but it's not. So there really is no pattern.

I'm not saying this is the whole story with your data. But I would bet it's a partial explanation. 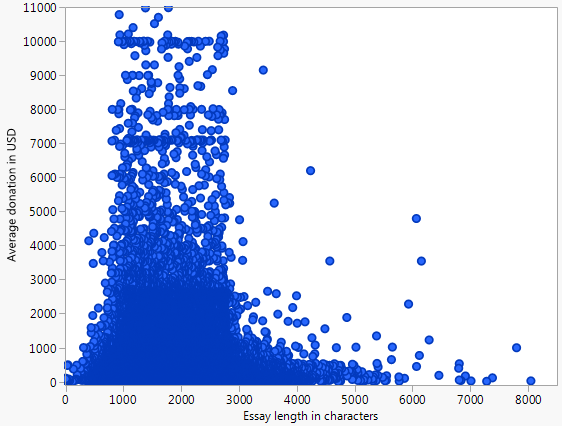 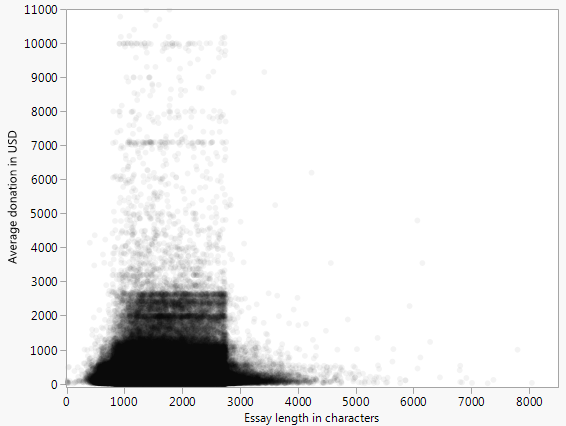 Different patterns appear, but with 800K data points, there is still a lot of detail lost to overstriking. 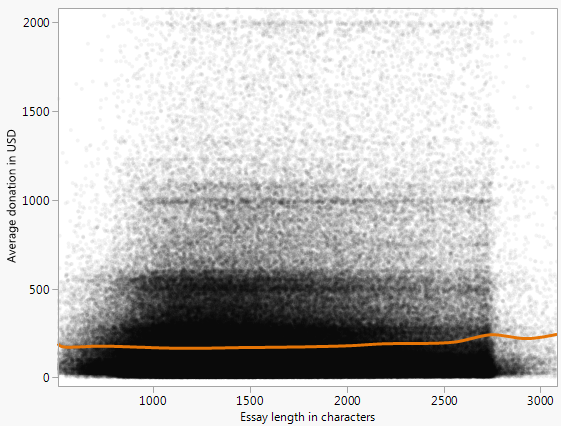 I would guess your variable on Y axis is exponentially distributed ($p(y) = \lambda e^{-\lambda y}$), but it seems that the rate parameter $\lambda$ is varying accordingly to the normal density probability of your variable on X axis. 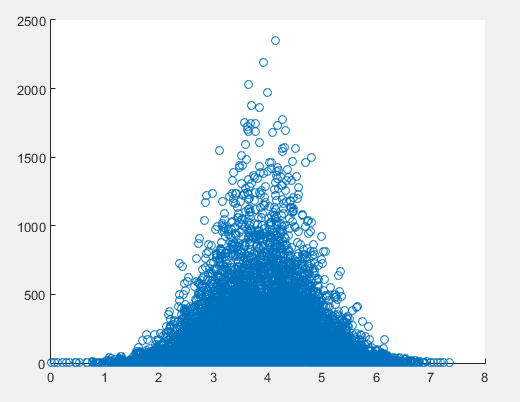 You could try machine learning to fit the parameters, changing your cost function to compare the probability density and the rate parameter for each bin on your 'histogram'. If so, don't forget to run the random generator a few times on each iteration to minimize the cost.

Here is the code I used for the plot:

The question mentions regression, which typically addresses conditional expectation: $$ E[y|x] = \int y\,p(y|x)\,dy, $$ where $y$ is the average donation and $x$ is the number of words. Linear regression may be too restrictive and so one could apply a local regression approach such as Nadaraya-Watson kernel regression. The results could be sensitive to the choice of bandwidth: A wide bandwidth could mask interesting local variation.

With so much data I would look at histograms of $y$ that all have the nearly the same value of $x$ and see how the histogram changes as the chosen value of $x$ changes. Only after such an investigation would I think about how to proceed more formally.

Not the answer you're looking for? Browse other questions tagged regression data-visualization curve-fitting scatterplot or ask your own question.

12
How do I interpret this Scatter Plot?