How does Gibbs sampling produce values for a variable using the univariate conditional probability?

How do we actually compute the univariate conditional probability? If we assume a multivariate gaussian probability distribution for the variables, would this not be an expensive operation?

For example, if we wanted to compute the univariate conditional probability for $x_1$, that is defined by the following.

Now, $\Sigma$ is the covariance matrix between $X_2, \ldots, X_n$ (if I understand correctly, it does not include covariance with $X_1$). This covariance matrix will be different for each $X_i$ (it will always be between the variables in the set, $X \setminus X_i$.

And then I also noticed $|\boldsymbol\Sigma|$, which is the determinant of the covariance matrix. If I understand correctly, this determinant too have to be computed for each $\Sigma$ associated with a $X_i$.

Is my understanding about the covariance matrix and its determinant being unique for each $X_i$?

Lastly, when I am computing the univariate conditional probability (e.g. using a multivariate gaussian distribution), I get back a value $x_i^t$, which is the value for $X_i$ in the next iteration. But what I have a problem understanding is that $x_i^t$ is a probability of $X_i$ and not a value. It doesn't seem that $x_i^t$ will be in the domain of $X_i$ since it is a probability value in the space [0, 1], and $X_i$ might have a domain $[\infty,-\infty]$.

Am I misunderstanding Gibbs sampling for variables with a multivariate gaussian distribution with respect the covariance matrix and univariate conditional probability?

I will address the second question first.

When you draw an observation $x$ from the normal distribution, you don't have $x = f_X(x)$, but rather the $x$ drawn satisfies that density equation. So $x$ will not be in $[0,1]$, but rather since the normal variable is defined on all $\mathbb{R}$, $x$ could theoretically lie anywhere on the real line. A draw from a Normal distribution (multivariate or not) can be made using existing software (for example in R using rnorm). The density of the standard normal random variable looks life. 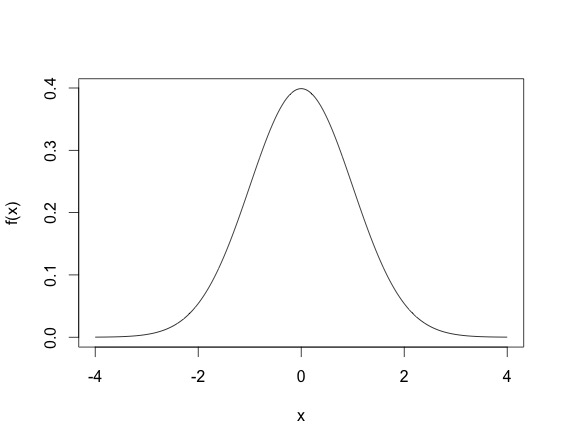 This density means that most sampled points are going to be between -2 and 2, even though the height of the function does not surpass $.5$. (Another thing, for continuous random variables, it is possible for the density function $f_X(x)$ to be larger than one, for example, the density of the N$(0, .2)$ as shown below, where the density function reaches 2.) 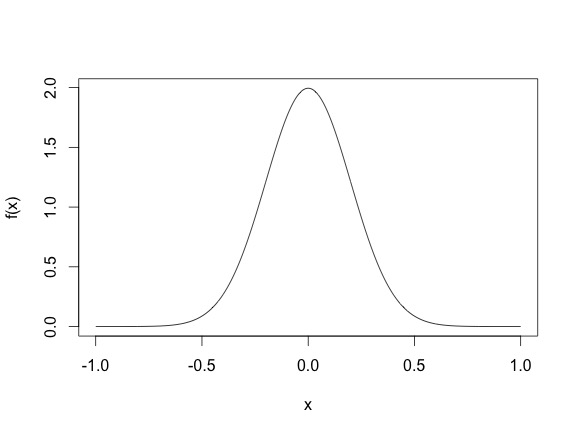 To address your first question about how computationally intensive a Gibbs sampler can be, the answer would change from problem to problem. Sometimes a full conditional distribution requires an update from say a normal distribution that looks like

where say $A$ is a large dimensional square matrix. Then every Gibbs update update requires a large matrix inverse, which will be expensive. However, in most such cases a Gibbs update will still be cheaper than a Metropolis-Hastings algorithm (since that requires 2 likelihood evaluations). In addition, some cases Gibbs updates can also be fairly cheap, so it depends from case to case really.

When you use a Gibbs sampler you draw from the conditional distribution. The symbol '$\sim$' means 'distributed as'. So your sampling scheme means that you draw $x_1 ^t$ from it's conditional distribution given all the other variables, then you draw $x_2 ^t$ from its distribution conditional on the other variables (including the $x_t ^t$ which we just drew). Also even if you did have to calculate a lot of multivariate normal densities as long as you don't have a very large number of variables the computational cost is probably not going to be that high.

Not the answer you're looking for? Browse other questions tagged normal-distribution sampling gibbs multivariate-distribution or ask your own question.