How to read the output from MANOVA?

I'm testing if/how the two factors C and V affect the dependent variables fric and asp. I have the following code, but I don't know how to interpret the output, for example, does *** mean the factor significantly affects dependent variables? But what do Pillai and approx F mean? What does 1.954e-06 *** mean?

r interpretation manova
share|cite|improve this question
edited May 28 '16 at 21:01

It appears that factors C and V significantly affect the average value in fric shown above. Their (C,V) interaction is also significant, meaning the mean values of fric change significantly over varying levels of the factors of C and V.

First, there is a "full model" hypothesis test output as follows:

This is followed by a variable-specific hypothesis test output, as follows: 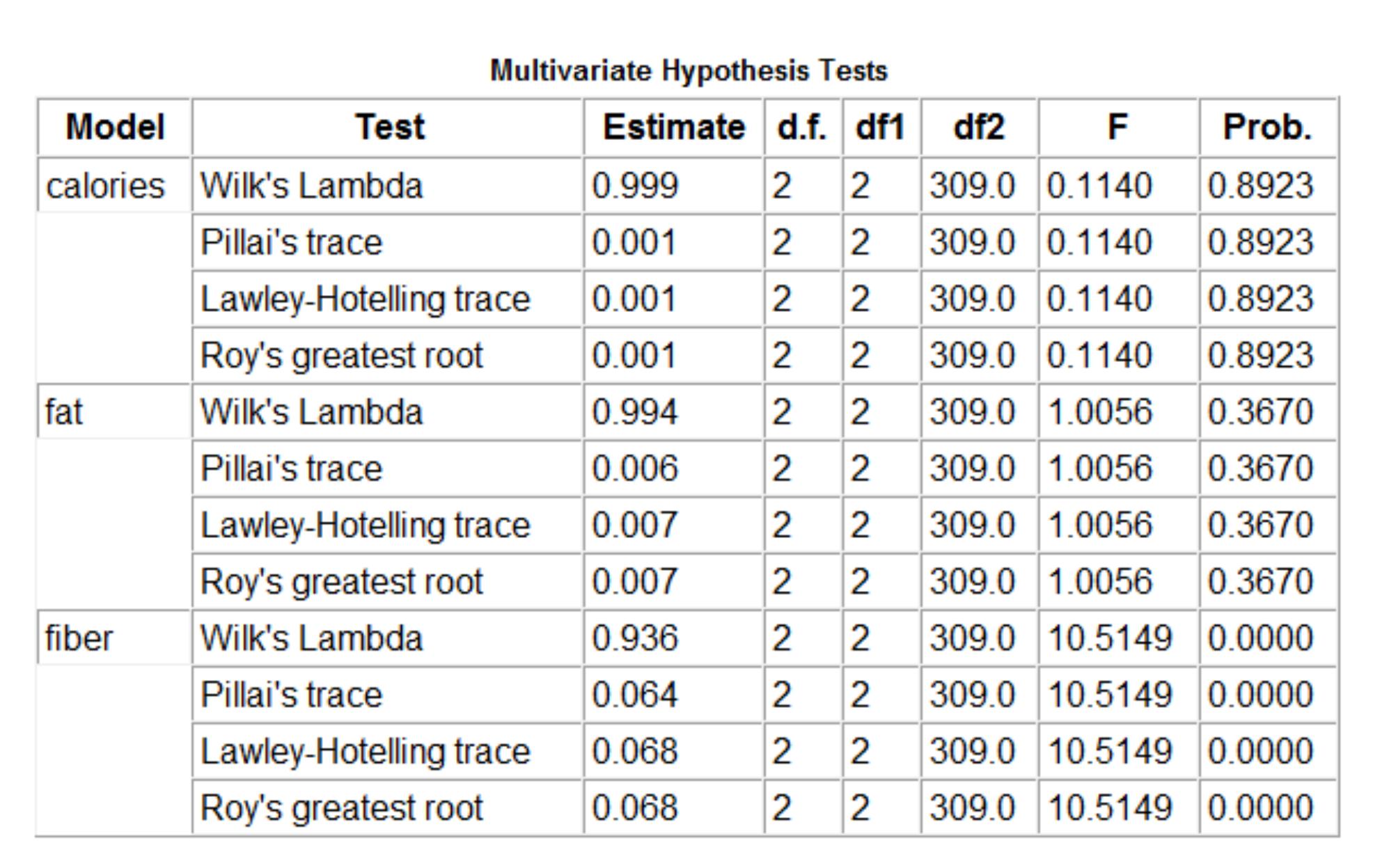 and finally, there are two regression coefficient tables, one for the regression of each dependent on the independents, as follows: 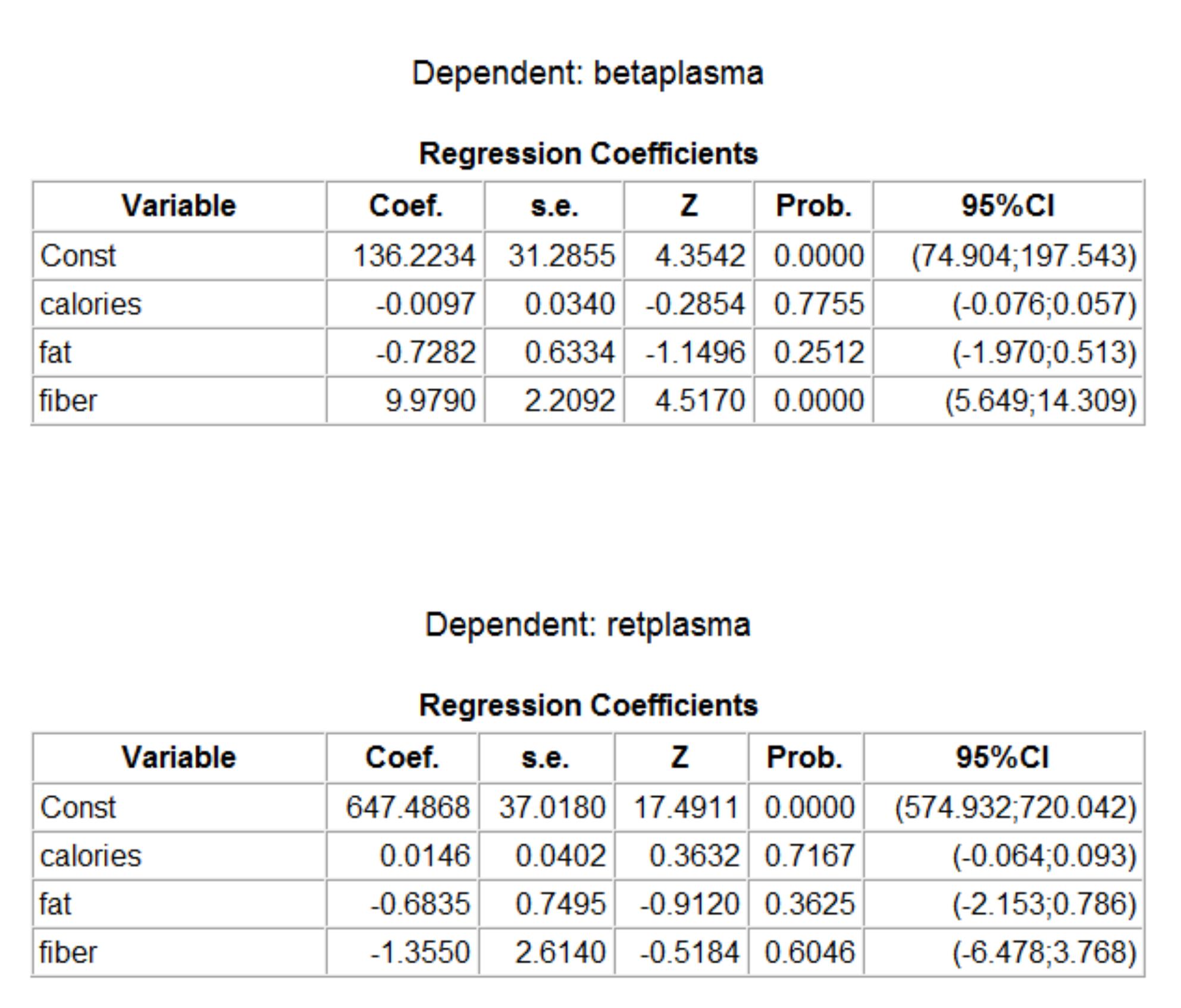 Overall, you'll need to look at R "vignettes" for the specific model ran and also look at a good multivariate MANOVA chapter to tie everything together. FYI, ANOVA and MANOVA is actually performed using regression, but with dummy indicator variables for the various levels of each categorical factor. The output I showed was based on dependent and independent variables that were all continuously-scaled.

Not the answer you're looking for? Browse other questions tagged r interpretation manova or ask your own question.

2
Interpret coefficients from a multivariate regression

4
Over enthusiastic MANOVA in R
0
Confused about which variables should be dependent and independent in this MANOVA
0
Should I use ANOVA or MANOVA?
3
Output of fixed effects summary in lmerTest in R and post-hoc tests
4
Why do the results of a MANOVA change when the order of the predictor variables is changed?
4
MANOVA with variables from different datasets