Usually I know how to do these problems, but this one stumped me. This is what the problem says:

Let $T$ denote the event that the screening test is positive for a person selected at random.

Note: previously I had given you the identity $P(D)=P(D|T^c)P(T^c)+P(D|T)P(T)$, which is true but not useful in this situation.

You're stuck because you are relying on algebra.

Draw a picture. Every application of Bayes' Theorem works like this.

Here is the setup. I chose to show a million people because we will get whole numbers in the end. Of these, some are diseased. I put them into a special group as shown. We are going to move them around--without losing track of any of them--as they get tested. 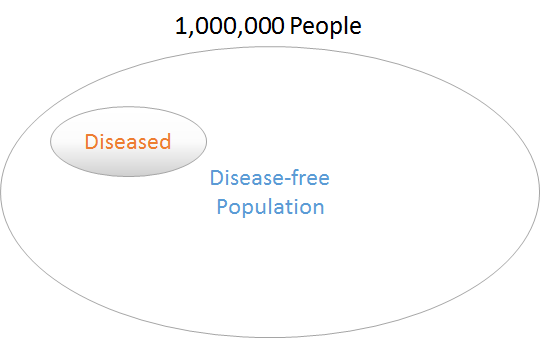 Move the people into areas according to their test results: positive or negative. Some were diseased, some were not. I have drawn four arrows to chart their movements. 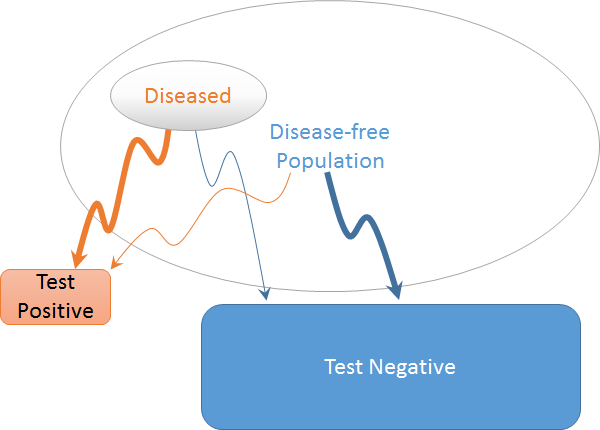 We know some of the numbers. For instance, $0.0002$ of those million people, or $200$ of them, are diseased. The remaining $999,800$ are not. We also know that one percent of the diseased people will have a false negative and two percent of the disease-free people will have a false positive. Because these are pretty rare outcomes, I have made their arrows thin. 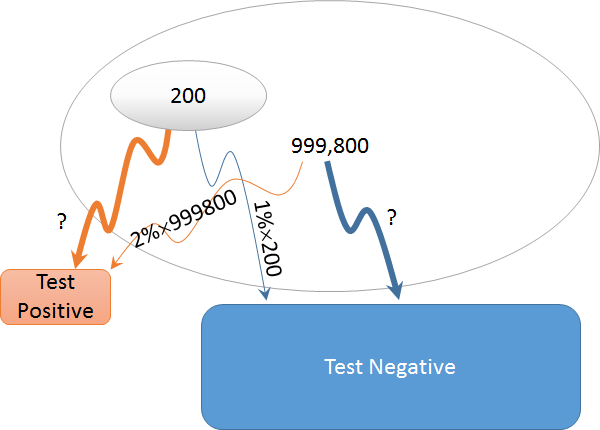 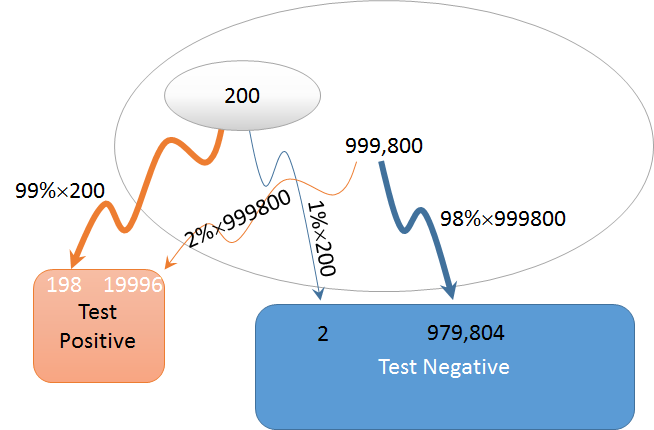 It remains only to total those in each test group: 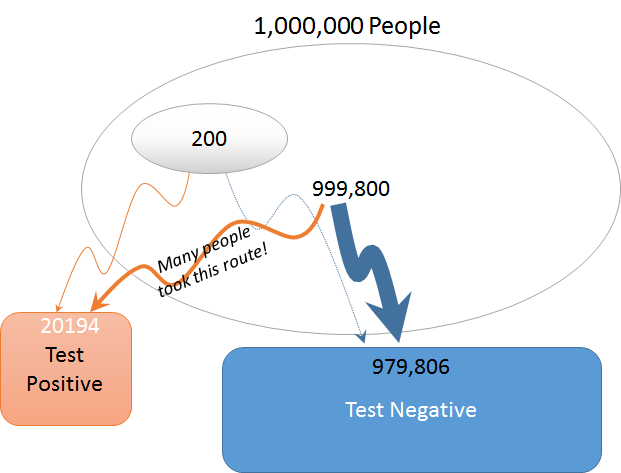 Observe that most of the people in the positive test group came from the disease-free population, because so many people do not have the disease. Being able to see this is the point of the exercise. Unless you are good at math, the algebra only obscures this important realization.

You may read off the answer:

Not the answer you're looking for? Browse other questions tagged probability self-study conditional-probability bayes or ask your own question.