How to cluster the data? [duplicate]

I have a data that looks like below and I want to cluster them. What would be the best algorithm to apply for clustering such data. 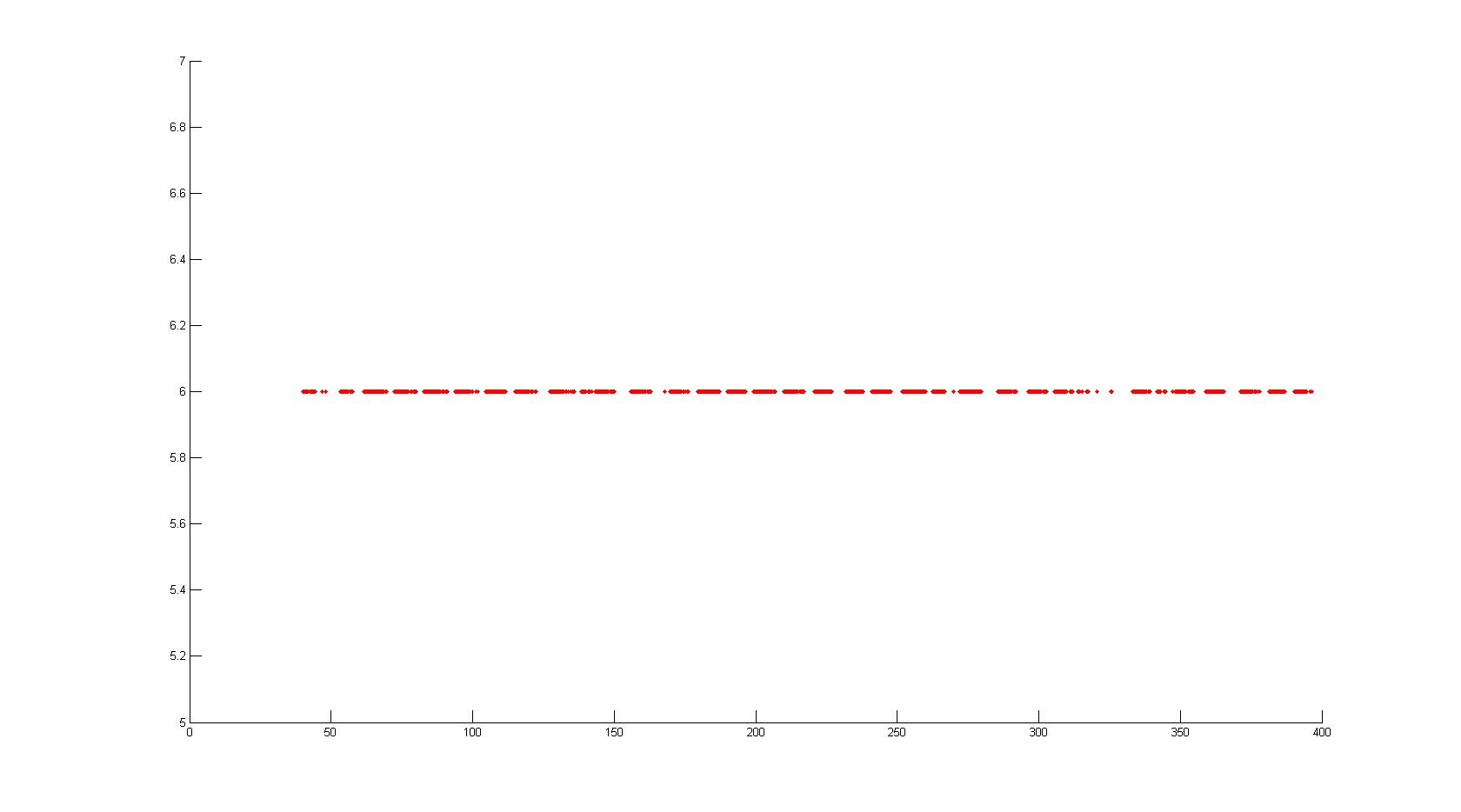 Please give a clear explanation of what your problem is, what the data is, and what you want to learn from the data. We need this information to help you determine the best clustering algorithm!

A general baseline algorithms is the K-means algorithm (you can find it as a python function in the sci-kit learn package): http://scikit-learn.org/stable/modules/generated/sklearn.cluster.KMeans.html) Here, you specify the number of clusters. The algorithm performs 2 steps, iteratively:

From the plot of the data it looks like the variable on y axis has only 1 value = 6. If this is the case, then you could use k-means clustering over only the x-axis variable.

The reason for this is that the clustering algorithm first creates a distance matrix of each data-point w.r.t. the others. Although various distance metrics are used commonly, for this discussion lets assume you'll be using the Euclidean distance. Since the y-axis does not change, the distance metric would not change whether you include y-axis or not. Hence, there is no point in including it in the clustering.

Not the answer you're looking for? Browse other questions tagged clustering algorithms or ask your own question.

6
Is clustering (kmeans) appropriate for partitioning a one-dimensional array?

6
Cluster data points by distance between clusters
4
How do I cluster data where some observation can not be in the same cluster?
0
clustering gene expression data
2
What data structure to use for my cluster analysis or what cluster analysis to use for my data?
3
Ascertaining what clustering algorithm to use in various situations
1
Cluster interpretation
1
How do you cluster data such that each cluster satisfies a condition (such as "diameter of each cluster can't be larger than 10")?
2
How to Cluster Hierarchical Network Data