I'm new with U test and I have some doubts about the rejection of the null hypothesis with the U test with normal distribution approximation.

In my example I used this data for a 1 tailed test:

Thanks in advance for your answers.

Possibly neither of those -- it depends on exactly what the statistic you have is computing. Note, however, that it would be very unusual indeed to have a test where the rejection region included a Z-score of 0 and this is not one of those rare cases.

However, you should double check how $U$ has actually been defined for your situation (and strictly speaking, you should also double check how $Z$ is defined in terms of that $U$ as well). That would then confirm which direction the comparison should go (i.e. whether the rejection region is $Z\leq -Z_α$ or $Z\geq Z_α$).

U test can be explained with Area Under ROC see this post. It is a non-parametric test, not necessary to tell if mean or median is different but two distributions are different.

Do not know how if you like to try following code to see how the numbers are calculated. 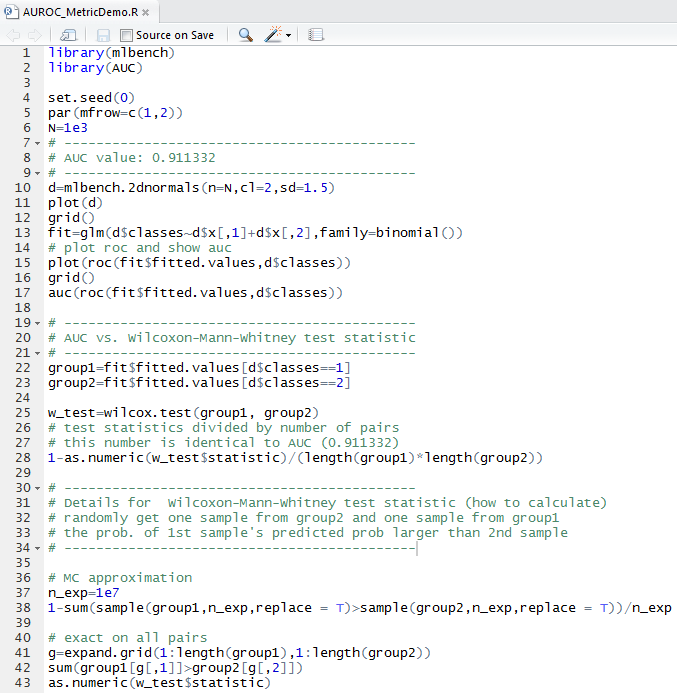 Not the answer you're looking for? Browse other questions tagged normal-distribution nonparametric wilcoxon-mann-whitney-test or ask your own question.

3
The distribution of the AUC