I'm having trouble to understand the following histograms 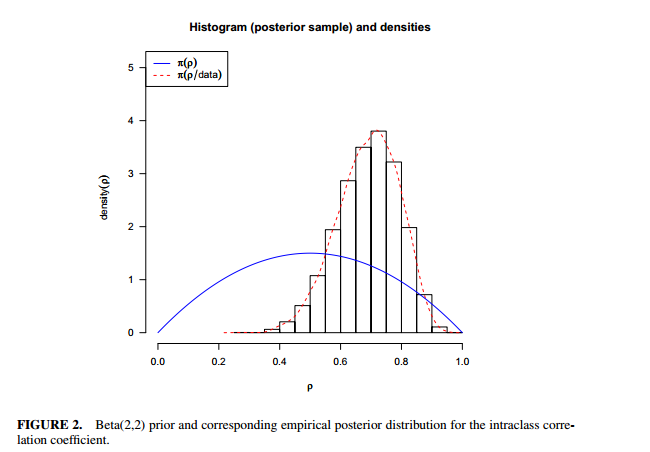 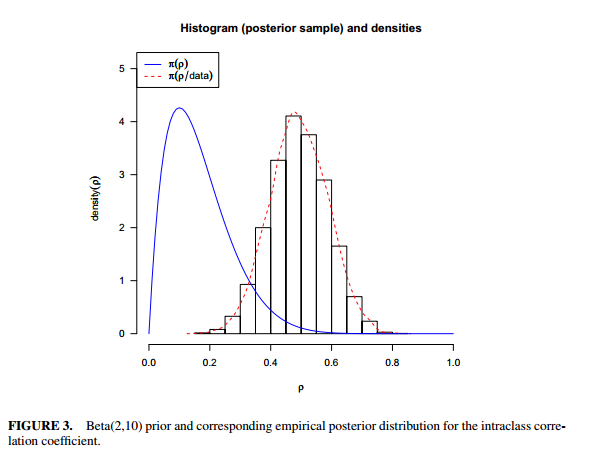 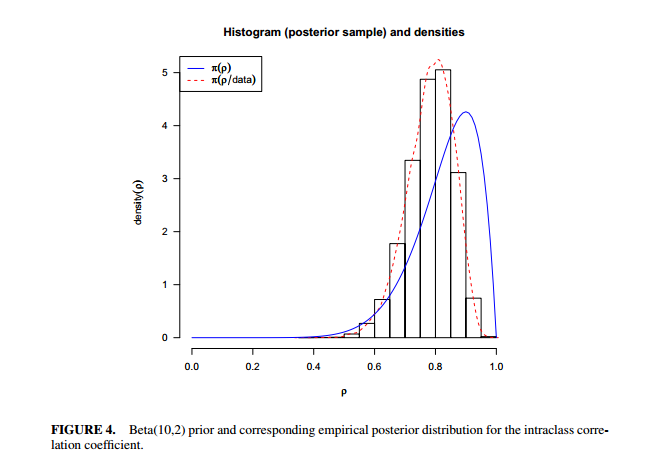 I know that the posterior distribution in this case is just the empirical cumulative $$P(\rho\leq c)=\frac{1}{n}\sum_{i=1}^n \mathbb{1}_{0\leq\rho\leq c}$$ where $n$ is the number of simulations of Gibbs sampling.

As we are in a Bayesian paradigm, the Bayesian interpretation of probability may be a good candidate.

Meaning of the curves:

Having say that, in a continuous setting, we must be cautious about interpreting density in a point-wise basis (e.g. as you state $p(\rho)>1$ is allowed, see also What's an intuitive explanation for why MAP is variant under parameterization?)

Then regarding your last comment $\pi(\rho \in [0.6,0.8] | data)$ represents the belief $\rho$ is in $[0.6,0.8]$ after having observed the data. Conversely the highest posterior density (HPD) interval (which will be something close to [0.6,0.8] in your case), gives you the smallest interval covering a given subset (typical 95%) of the belief and can be interpreted as a reasonable range for the actual value of $\rho$ (when the posterior in unimodal).

153
Can a probability distribution value exceeding 1 be OK?
3
What's an intuitive explanation for why MAP is variant under parameterization?
0
Generating data from the posterior distribution