What is cross-lagged panel design?

The slides for my statistics lectures explain various experimental designs such as single-strata, cross-sectional and longitudinal. Unfortunately, the diagram for Cross-lagged Panel Design is very confusing. Can anyone explain this? 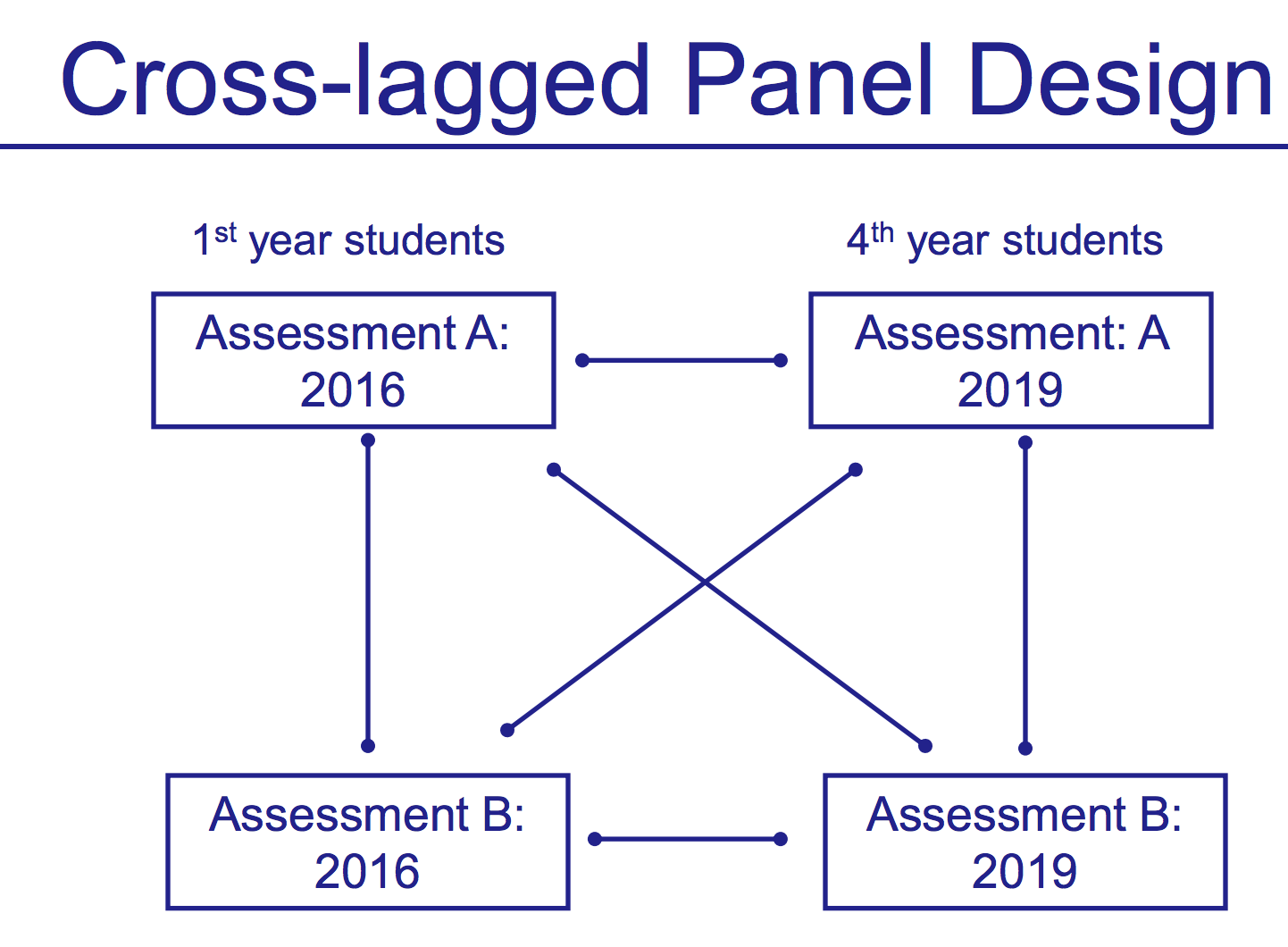 The cross-lagged panel model (CLPM) is a type of structural equation model (specifically a path analysis model) that is used where two or more variables are measured at two or more occasions and interest is centered on the associations (often causal theories) with each other over time. For example, there may be interest in seeking to understand the direction of causality between intelligence/academic achievement at a macro/national level and a nation’s GDP – do higher levels of education cause higher GDP or does higher GDP bring about higher levels of education, or is there a bi-directional/reciprocal relationship? This can be investigated by considering the effect of variable A at time 1 on variable B at time 2, and of variable B at time 1 on variable A at time 2.

The way that the figure is drawn, it appears that this model is a cross-lagged panel correlation model, where each line between the observed variables represents a correlation or covariance. However, following Rogosa (1980), this model was abandoned in favour of one where each of the later measurements are regressed on the other at the earlier time point. The successive measurements of the same variable may either be modelled as autocorrelation or regression. That is: 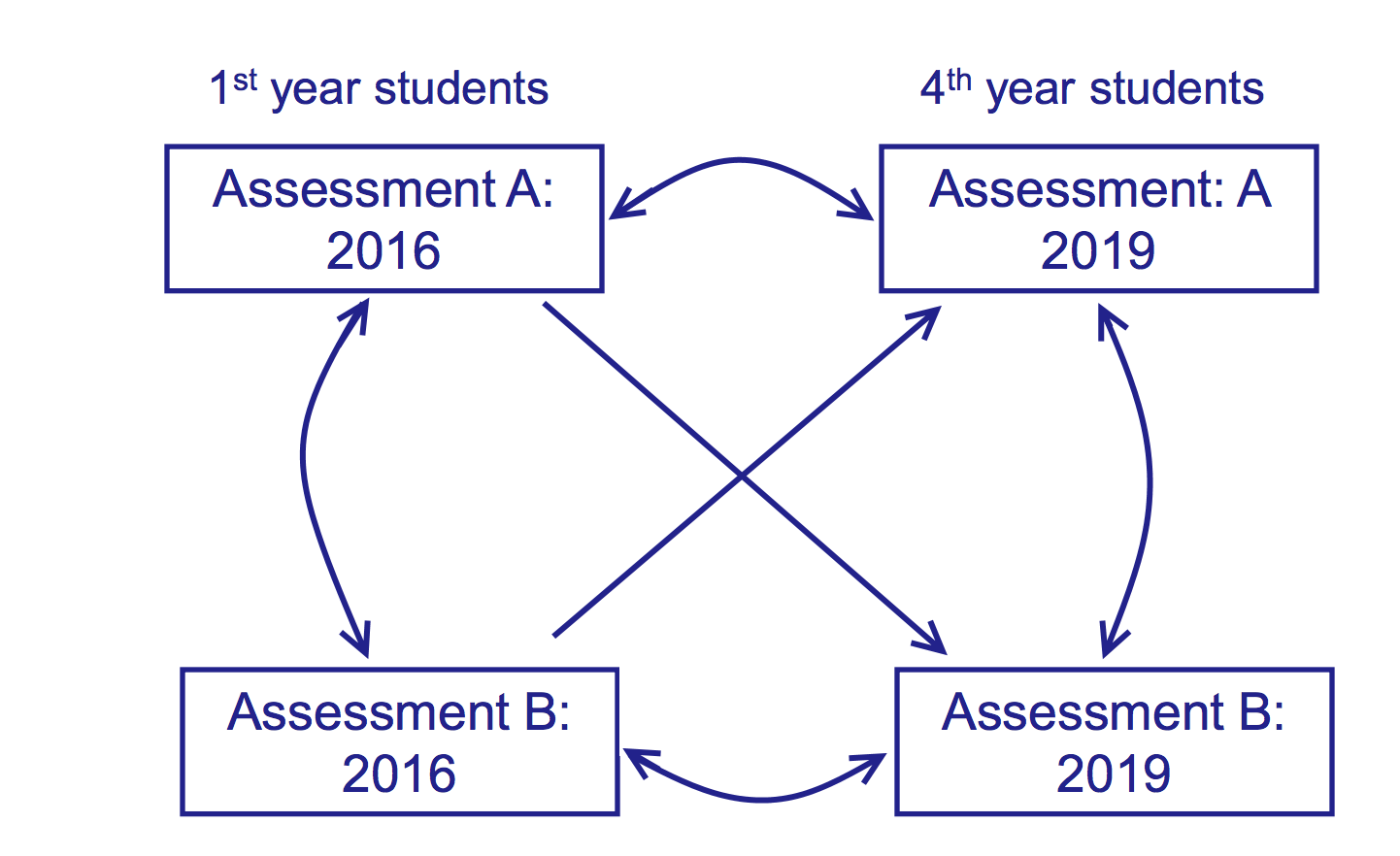 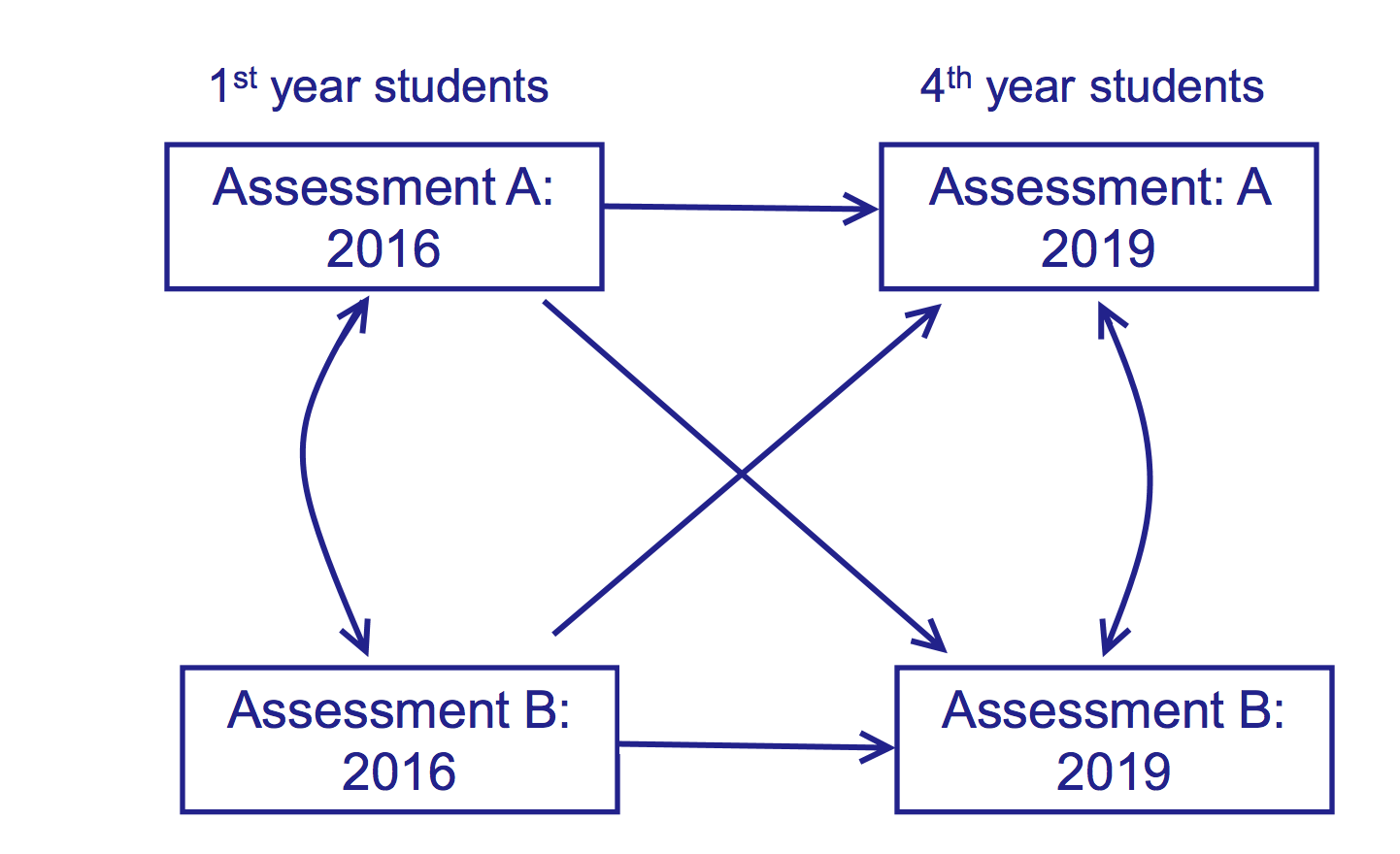 Not the answer you're looking for? Browse other questions tagged self-study experiment-design sem or ask your own question.

2
Longitudinal cross-lagged SEM with categorical data
2
How to explain negative residual covariance in cross-lagged SEM?
1
Split split plot ANOVA table: r = replicate or block?
0
Which experiment design to choose and when?
1
Residuals and Homoscedascity in SEM with lavaan
1
How to interpret coefficients of a cross-lagged panel analysis