Reference needed: Who introduced the graphical representation of a SEM?

I am hoping somebody can provide a reference to the paper that provide the first graphical representation of a structural equation model (SEM) that follows the generally accepted conventions like this figure. 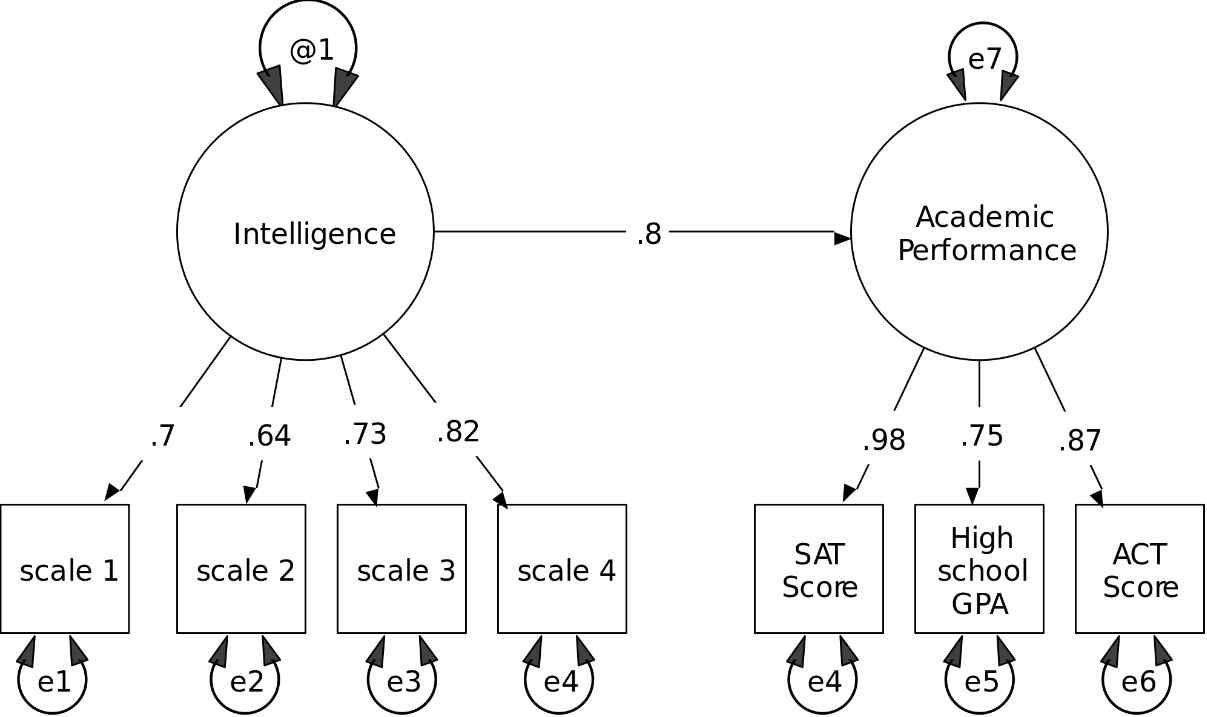 There are two different conventions for drawing structural equation models. As @DJohnson says, the first came from Sewell Wright, a geneticist.

Fun fact: At the 100 years of Factor Analysis conference, held at UNC Chapel Hill in 2004, there was a path diagram showing factor analysis / sem genealogy: http://www.fa100.info/tree050504.pdf. A large version was printed out, so that people could add additional people and paths to it. Someone changed McArdle's rectangular box into a triangle.

Not the answer you're looking for? Browse other questions tagged structural-equation-modeling .

14
What graphical techniques are used in Structural Equation Modeling?
14
Difference Between Simultaneous Equation Model and Structural Equation Model
12
What's the difference between a MIMIC factor and a composite with indicators (SEM)?
4
Bootstrapping in SEM when the original sample size is small
1
Does SEM test the significance of a mediator?
3
Structural equation models in econometrics vs psychology, political science, etc
0
Can structural equation modeling be used with only categorical variables?
1
Can latent class analysis be used for path analysis?