I'm reading section 3.5 of the PRML book, entitled Evidence approximation, and is having difficulty understanding this part: 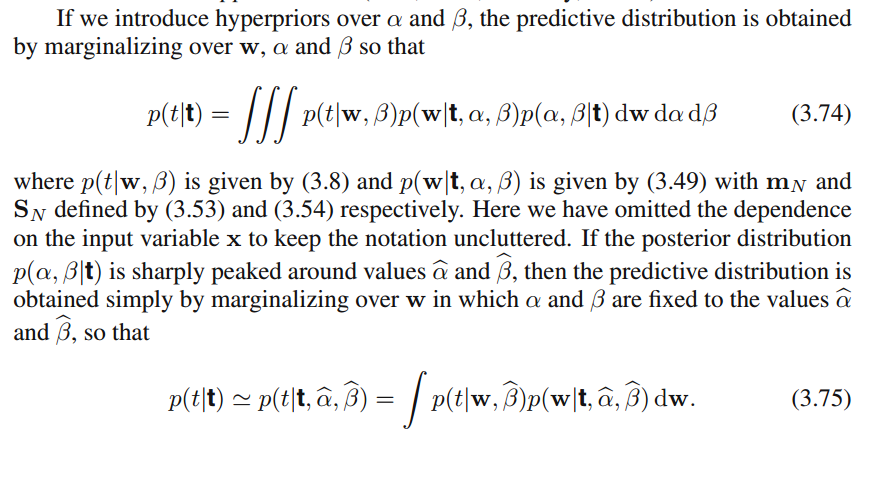 . I don't understand how to derive (3.75) from (3.74). The author says it is because alpha and beta are sharply peaked but I don't see how it's relevant here, or is it because they are sharply peaked that the probability P(alpha, beta|t) somehoww turn into a Dirac delta function ? Thank you very much

Not the answer you're looking for? Browse other questions tagged references pattern-recognition or ask your own question.