Is there a reason why the original mnist sets the background to a low value (0) and the foreground to the highest value (255) ?

Can inverting those values have an impact on the performences when training on the same convnet ? (does this comment makes sense)

Or is it just to speed up the training, as most of the image is set to 0 on mnist characters?

Here's a quick test on the mnist_softmax implemention from the tensorflow tutorial. You can append this code at the end of the file to reproduce the result.

In the MNIST input data, pixel values range from 0 (black background) to 255 (white foreground), which is usually scaled in the [0,1] interval.

In tensorflow, the actual output of mnist.train.next_batch(batch_size) is indeed a (batch_size, 784) matrix for the train data in that format. Now let's invert that grayscale, by doing batch_xs = 1-batch_xs. We can now measure the performance with the classification accuracy for both the normal and the inverted input data, and average this accuracy on 100 trials in each of which we perform 50 updates of the neural network.

To answer your question, inverting grayscale values does impact performance.

I believe data centering is one of the reason why black on white performs worse that white on black. In general in machine learning, it is good practice to normalize center the data. When you think of the MNIST dataset, most pixels on the images are black, so that the mean is close to 0, whereas if you inverted it, it would be 1 (or 255 if you didn't scale down).

More importantly, in Neural Network updates, the weights corresponding to a 0 in the input are not going to be updated. You can see it experimentally by observing the evolution of the weights of your neural network after training (resp. W_begin and W_end). Below are two heatmaps representing the changes in absolute value of the weights.

For this first image - white on black digits - you can see that the weights haven't changed at all on the image border (dark blue). 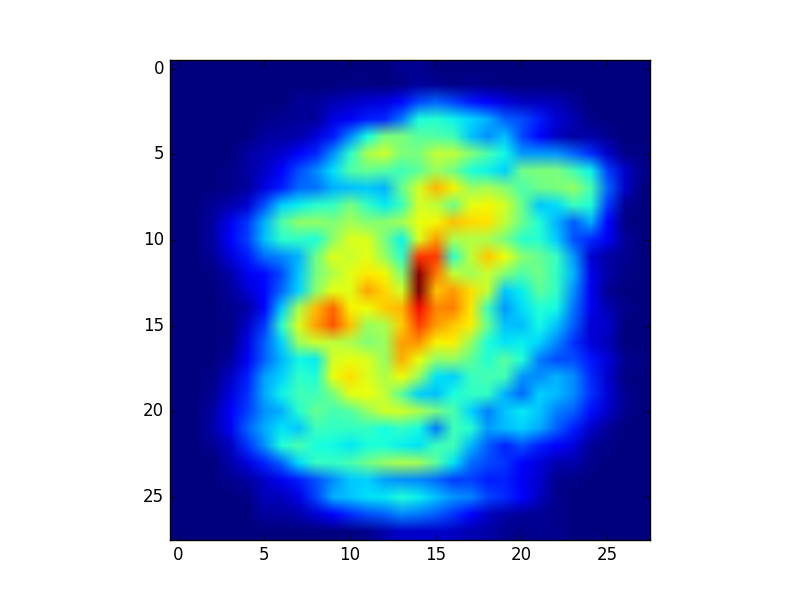 However on this second image - black on white digits - you can see there is a brighter blue on the border, meaning these weights have changed. But you also notice dark blue regions near the center of the image, which shows that weights haven't much evolved in this area. 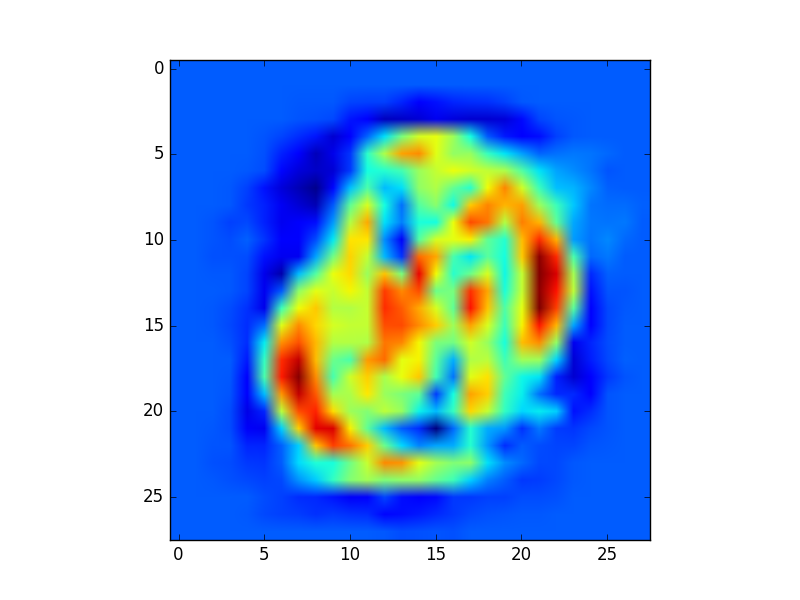 Intuitively, we don't care about updating weights at the border because the corresponding pixels do not discriminate the different classes of digits. However, we do care about the weigths in the middle of the image for the opposite reason. This explains why white on black MNIST performs better than black on white.

Not the answer you're looking for? Browse other questions tagged dataset or ask your own question.

6
How to deal with RAM limitations when working with big datasets in R?
0
How to extract daily values from 16-day dataset throughout a year?
4
Fitting a dataset into another dataset
1
Mesure the impact of two variables
1
List values in tidy dataset