What is the best way to detect repetition in xyz data for purposes of splitting data?

I'll use this picture to explain 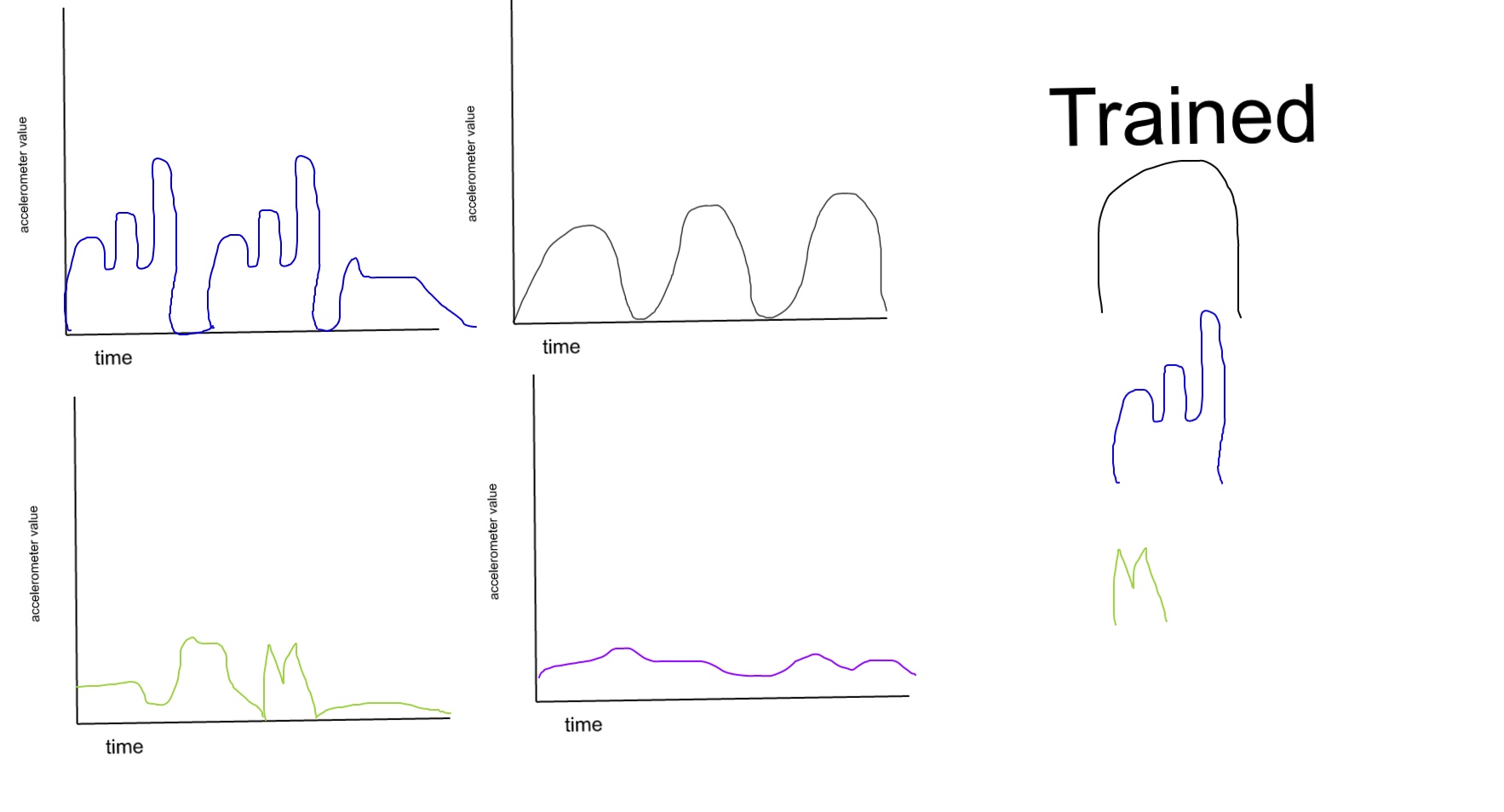 What I want to do is define some patterns as trained patterns. Then given data I want to be able to determine if the pattern exists in the dataset, and if it does exist determine how many times it occurs. I have had success recognizing patterns with K-nearest neighbors but the data containing the pattern already has to be pulled out of a dataset. So for example if trying to recognize blue the data needs to look like this: 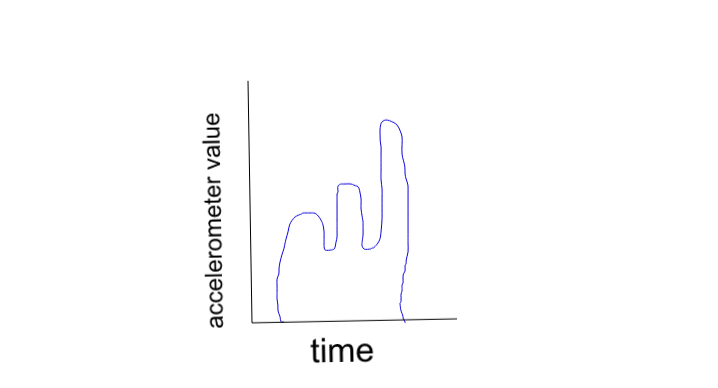 Which would suggest that I need to be able to split up data based on the patterns and then recognize with KNN. I'm also open to different methods of pattern recognition but right now my primary problem is finding a good way to split up the data

Different variants of the cross correlation exist. For example, some versions locally scale and/or normalize the signals. This can be useful if you want your comparison to be shift/scale invariant (e.g. you want the shape of the signal to be the same, but don't care about the actual magnitude; in the case of detecting accelerometer patterns, this might correspond to performing the same motion but more or less vigorously).

Another possibility is that you want to use some other measure of similarity (e.g. the euclidean distance). In this case, you could use peaks in the cross correlation to identify candidate matches, then check them using whatever distance metric/similarity function you like.

One of main the reasons to use cross correlation is that it's very computationally efficient. For large signals, you can gain even more speed by computing it in the Fourier domain, using FFTs. Many packages/libraries are available to do this.

If you know the patterns ahead of time, you can just make a hash table of the patterns and pattern detection is just a matter of hashing segments of the input signal and looking for collisions. Conventional hashing will only work for exact, noise-free input signals. Locality-sensitive hashing can be made insensitive to small variations in input signal by checking that the incoming signal is sufficiently near the target.

This is exactly the definition of time series motifs

Here is a tutorial on the topic http://www.cs.unm.edu/~mueen/Tutorial/ICDMTutorial3.ppt

If the activity is sinusoidal within a specific frequency band you could use the frequency to classify patterns. To achieve this you perform a fast-fourier transform (FFT) on the data and search for global maxima in the resulting power spectrum. Using different band-pass filters you can target specific frequency bands. Alternatively, you need to search for local maxima in the whole-band power spectrum. Just be advised that this method will not take phase into account.

If the activity is characterized by an irregular but predictable pattern, you could search for how many times the signal flips (the amplitude changes direction) and set up different maxima and minima criteria or time range criteria (e.g. a positive flip followed by a negative flip at at least -0.5 within 300 ms).

If you baseline correct the data - for the event at 0 ms - relative to some prior point (e.g. -100 ms to 0 ms) you can count how many times zero was crossed to get the length of the pattern. The baseline correction takes the global maximum and minimum of the baseline range and centers the signal on $$\frac{max-min}{2}$$

I agree with @user20160 that cross correlation (CC) will most likely be a valid and fast solution to your problem (in combination with scaling of your reference pattern + selecting the window position where correlation peaks occur).

What I want to point out is: if you run into problems because the pattern you search for is irregularly stretched or condensed in your time series, consider using Dynamic Time Warping (DTW) instead of CC. DTW can compensate for any stretching or condensing of your pattern using its warping property - which will be helpful in such cases.

Not the answer you're looking for? Browse other questions tagged machine-learning time-series clustering computational-statistics k-nearest-neighbour or ask your own question.

6
A modeling technique combining $k$ nearest neighbors and multiple linear regression
2
What machine learning model would I use for predicting rainfall given numerical data
4
Classification when Learning is not Feasible
0
What does $w_{ni}$ mean in the weighted nearest neighbour classifier?