Compute standard deviation of a normal distribution given a mean and a range or width?

This is sort of an odd question, I realize - but it has to do with random number generation. What I'd like to do is generate random numbers with a normal distribution; many functions (in Python) do this already as long as you give the function a mean and standard deviation. Note also that to generate uniform random variables you must specify a range, e.g. a random number between $i$ and $j$. 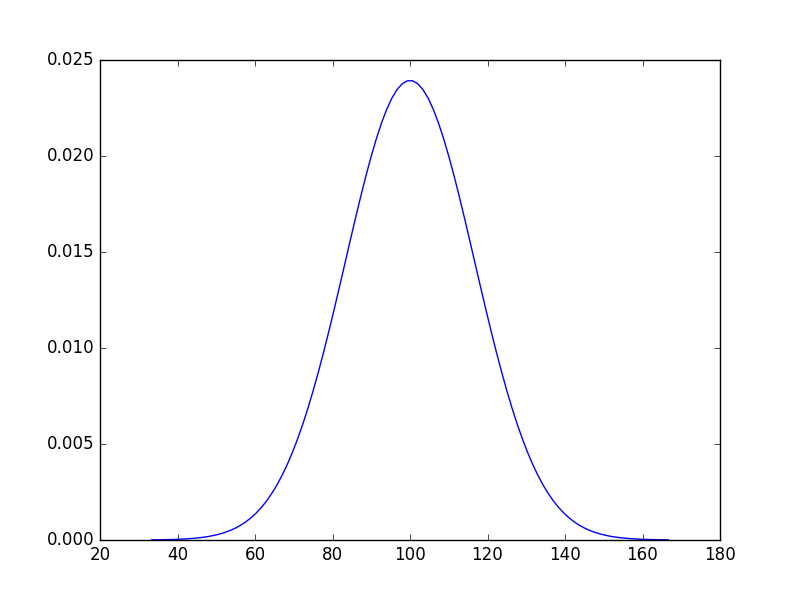 Though perhaps even this is still too long of a curve for the distribution? I'd like some advice if this approach is close to correct, or if there is a more official way to compute this - maybe even a way to generalize the computation for various confidence intervals/z-scores (I know I should have probably chosen 2.333 for 98%).

Another generalization that would be very helpful is if I don't have a range but rather a width, (the width was 100 in the previous example) can I generalize the standard deviation for that width given any $\mu$?

See the red curve in the above linked Wikipedia article: https://upload.wikimedia.org/wikipedia/commons/c/ca/Normal_Distribution_CDF.svg

I don't know about Python, but in R you'd use qnorm(). Say you had a mean of 0 and a Standard deviation of 1 and you wanted to find the intervall were 1% of the data is to the left an 1% to the right of the intervall (that is 99% to the left) than you'd call

Normally distributed values range from $-\infty$ to $\infty$, so you obviously want to generate values from truncated normal distribution. This could be achieved using a number of different methods, e.g.

If you choose such $\sigma$ that makes $98\%$ of normally distributed values fall into $(\alpha, \beta)$ interval (i.e. $\mu \pm 2.33\sigma$), then since your data would come from truncated normal distribution, this would obviously lead to situation where $100\%$ of generated values fall into the prespecified range.

Not the answer you're looking for? Browse other questions tagged normal-distribution standard-deviation random-generation or ask your own question.