Is Simpson's Paradox always an example of confounding?

Is Simpson's Paradox always an example of confounding? Or is it possible to have a Simpson's paradox effect without an extra variable lurking in the background?

Here's a simple visual example of Simpson's Paradox where there is no confounding: 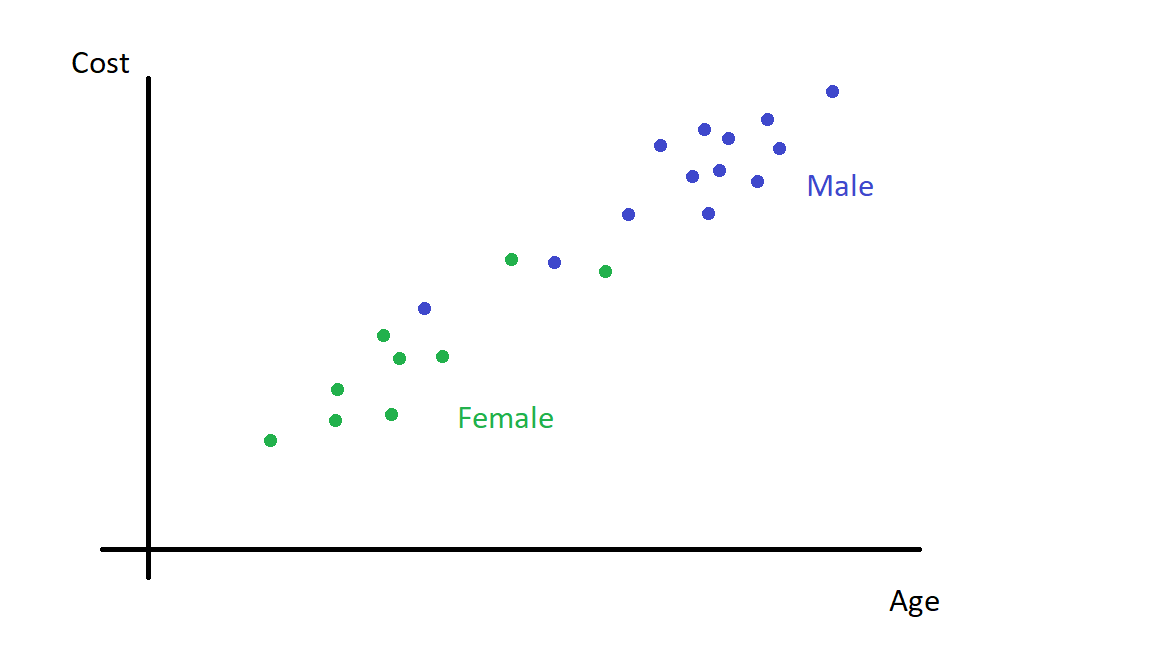 Observing the relationship between the two variables Sex and Medical Cost, there would appear to be a strong causal relationship:

However if you add a third variable, Age, in the causal diagram: 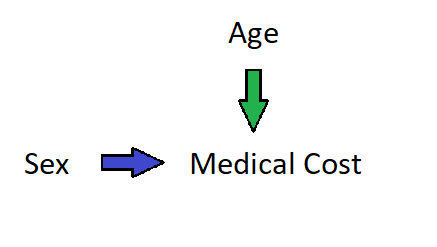 Meanwhile, there clearly should be no causal relationship between Age and Sex in the diagram, hence Age is not a confounder. To be clear, in this example Sex would no longer be in a causal relationship with Cost, which would by definition mean confounding is not possible if there are only two variables in the path diagram.

You could imagine forming subclasses based on X, and the relationship between X and Y within each subclass opposes the relationship between X and Y across the sample. You could conceive of the subclasses as a confounder, but if you've artificially imposed them and they come from nothing but the already measured X variable, then no additional substantive confounding variable would have to be introduced.

No, Simpson's paradox is not always about confounding. In fact, I would say there is no reason to be surprised by sign reversals if you already know the covariate you adjust for is a confounder, you should check this answer here. You can have sign reversal adjusting for colliders or mediators, and without causal knowledge, you cannot know which estimate will give you the correct answer. If you want to play with simulations showing several sign reversals each time you include a covariate for adjustment, you can check the Simpson Machine in Dagitty's website.

Not the answer you're looking for? Browse other questions tagged confounding simpsons-paradox or ask your own question.

20
Confounder - definition
17
How to handle Simpson's paradox
9
Does Simpson's Paradox cover all instances of reversal from a hidden variable?