I have three samples of size $N=10^6$ for the three responses $Y_1,Y_2,Y_3$ (or one sample of size $N$ for the random vector $\mathbf {Y}$). For each response the sample is i.i.d., even if the three variables are correlated. The distributions look quite clearly non-normal to me (just look how skewed they are): 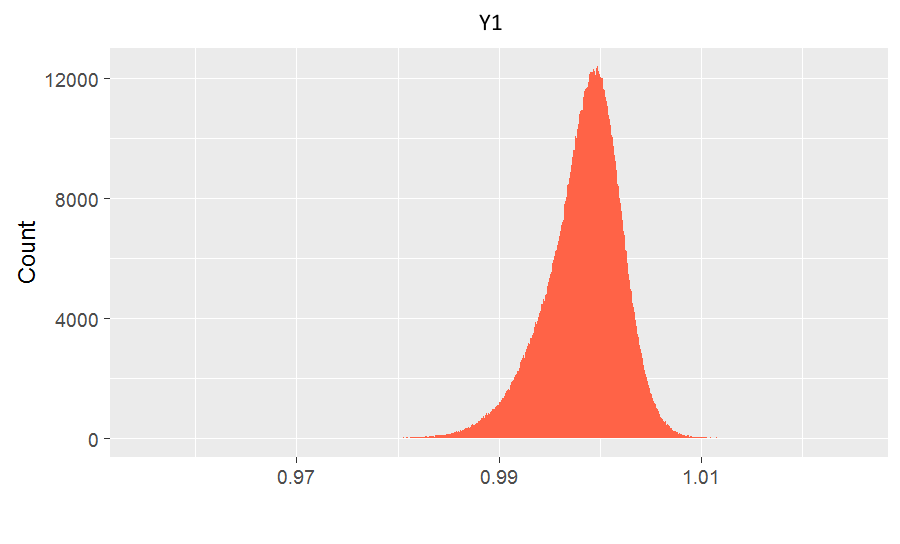 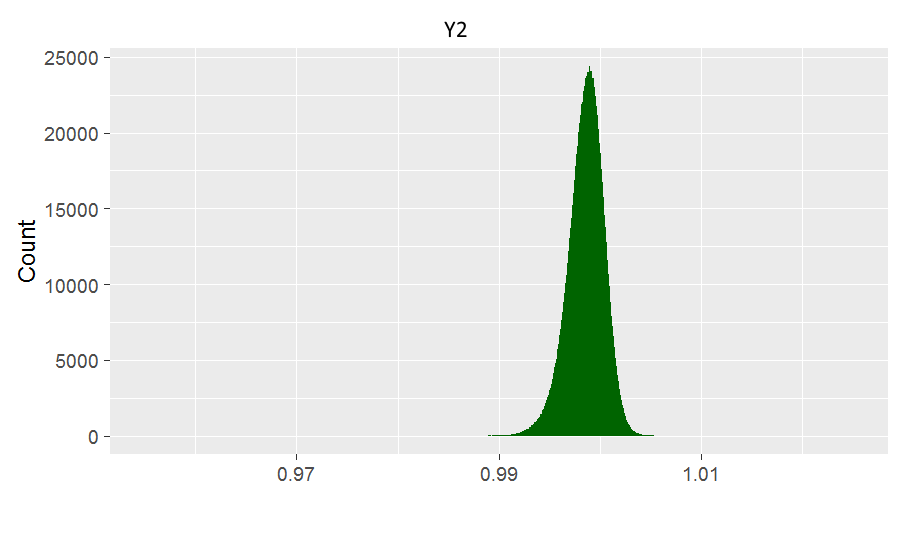 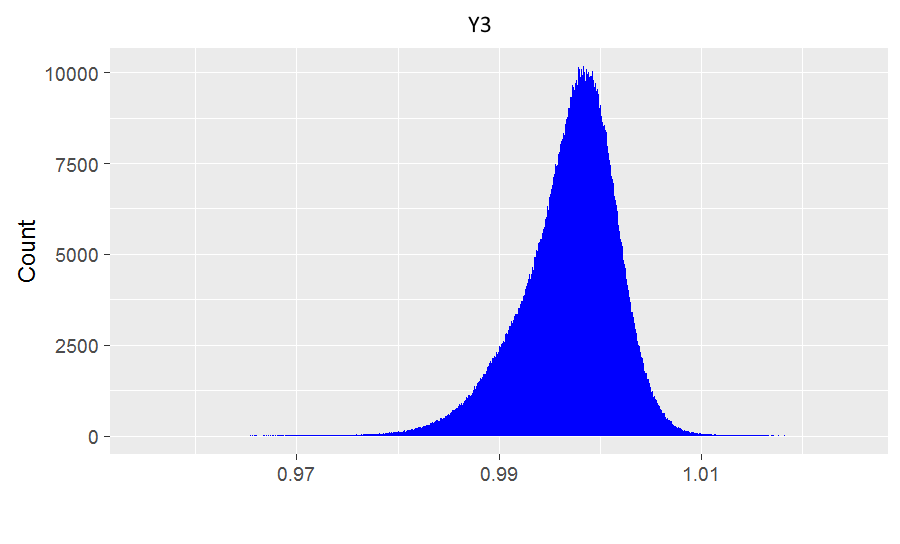 However, this can be subjective (someone else said that they look Gaussian). I could have computed sample skewness and kurtosis, but I don't have formulas for the standard errors, even though I could have used bootstrap, given that $N$ is so large. Instead, I chose to simply compute p-values using the Anderson-Darling composite test, and of course I got p < 2.2e-16 for each response. Note that the normality test is not done for the sake of applying other statistical methods, in this case. I just wanted to show that these variables were not normally distributed.

Qualitatively, I expect that since $Y_1, Y_2, Y_3$ are positively correlated, the probability of having a statistically significant result when the three nulls are true, is closer to that of a single variable, than when $Y_1, Y_2, Y_3$ are independent. As a matter of fact, in the limiting case of correlation $= 1$, the probability is the same and no multiplicity correction is required.

Quantitatively, which would be the correct adjustment for multiplicity in this case? Can you give me a possibly simple mathematical explanation of your answer? I'd like to use one of the methods of the p.adjust function in R, if possible. Otherwise, other methods are also accepted, but I would still like to understand the answer from the point of view of probability theory/mathematical statistics, if it's not something very complicated.

Browse other questions tagged p-value multiple-comparisons or ask your own question.