But I just realize that: 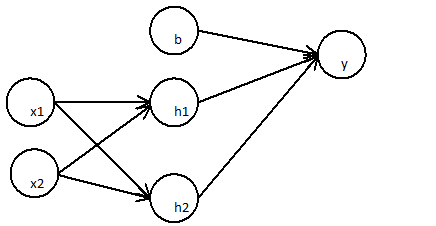 Can be simplified to

What really makes an neural net a non linear classification model?
How the activation function will impact the non linearity of the model?
Can you explain me?

I think you forget the activation function in nodes in neural network, which is non-linear and will make the whole model non-linear.

In your formula is not totally correct, where, 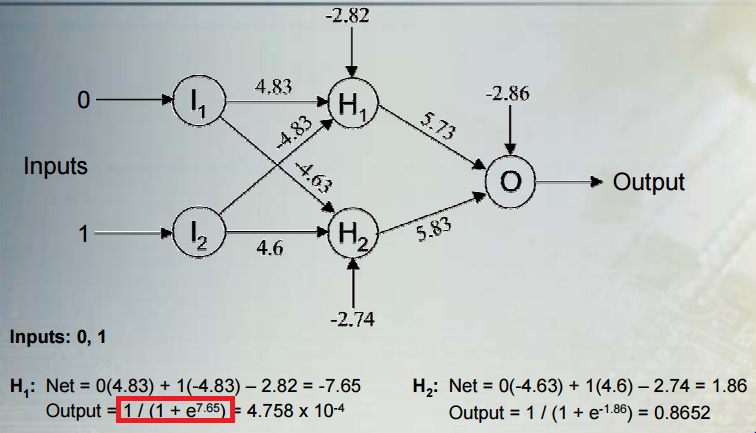 where $\sigma$ is the logistic sigmoid function. Output is interpreted as the probability that the class is $1$. The predicted class $c$ is:

Let's consider the classification rule with respect to the hidden unit activations. We can see that the hidden unit activations are projected onto a line $hW + b$. The rule for assigning a class is a function of $y$, which is monotonically related to the projection along the line. The classification rule is therefore equivalent to determining whether the projection along the line is less than or greater than some threshold (in this case, the threshold is given by the negative of the bias). This means that the decision boundary is a hyperplane that's orthogonal to the line, and intersects the line at a point corresponding to that threshold.

I said earlier that the decision boundary is nonlinear, but a hyperplane is the very definition of a linear boundary. But, we've been considering the boundary as a function of the hidden units just before the output. The hidden unit activations are a nonlinear function of the original inputs, due to the previous hidden layers and their nonlinear activation functions. One way to think about the network is that it maps the data nonlinearly into some feature space. The coordinates in this space are given by the activations of the last hidden units. The network then performs linear classification in this space (logistic regression, in this case). We can also think about the decision boundary as a function of the original inputs. This function will be nonlinear, as a consequence of the nonlinear mapping from inputs to hidden unit activations.

This blog post shows some nice figures and animations of this process.

The nonlinearity comes from the sigmoid activation function, 1/(1+e^x), where x is the linear combination of predictors and weights that you referenced in your question.

Not the answer you're looking for? Browse other questions tagged neural-networks nonlinear-regression nonlinear or ask your own question.

14
If each neuron in a neural network is basically a logistic regression function, why multi layer is better?