ML model selection for prediction of latitude and longitude

I am doing a project in which my aim is to predict the likely locations of a set of latitude/longitude points based on a couple of variables. Since I've never done any ML on locational data, which models would you suggest to try out first?

I am anticipating that the relationships between input variables and locations will not be linear, so models like linear regression would not really perform well.

Also, since it's an inherently spatial problem, should I be concerned about spatial autocorrelation? The points tend to be clustered together when I plot them.

Obviously, at that point, it's just speculation but I would just like to ask you for some general advice and approach which I could adopt.

EDIT: this is how my lat/lon data looks like. I noticed that perhaps creating another feature based on k-means clustering could help (ex. cluster ID and size)? For the plot, alpha was set to 0.1, so some clusters are very dense given that they still appear as pitch black. 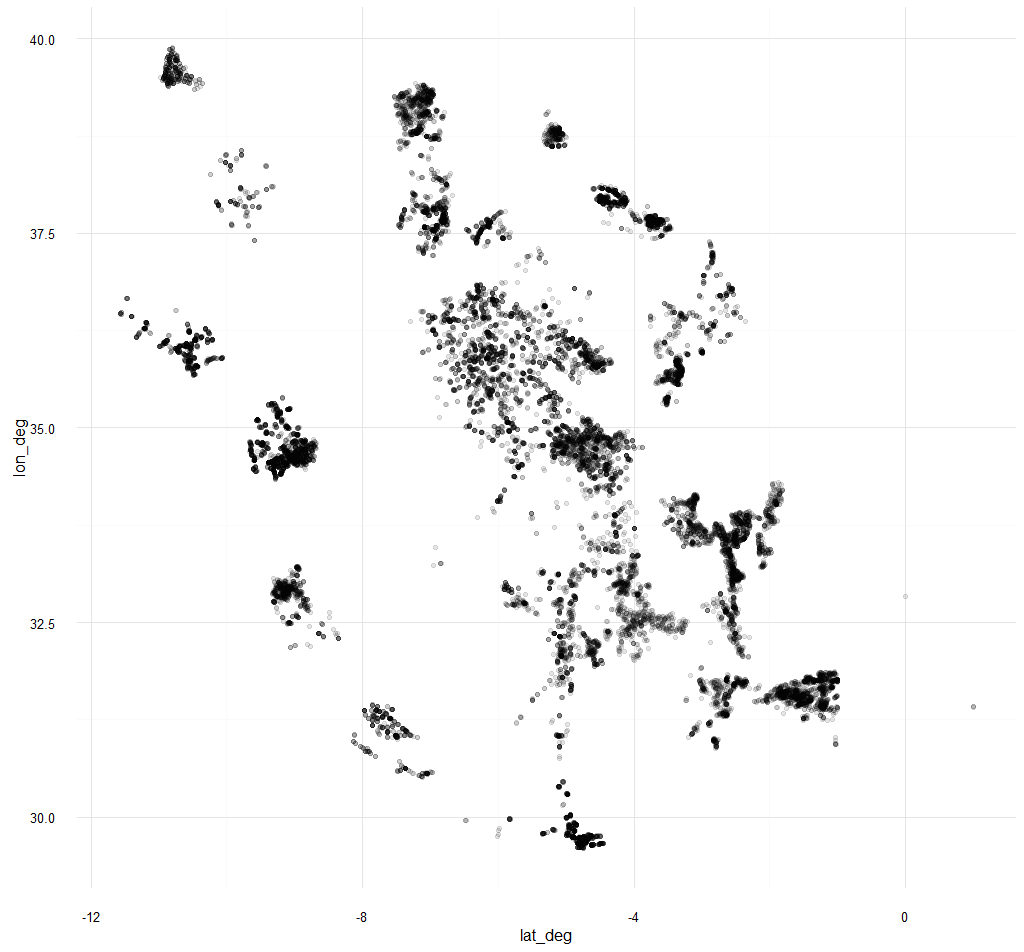 Here are my suggestions regarding your problem:

Not the answer you're looking for? Browse other questions tagged machine-learning spatial geostatistics geography or ask your own question.

75
Why does including latitude and longitude in a GAM account for spatial autocorrelation?
2
Support Vector Machine for Longitude-Latitude data
5
Significance of Spatial Data
3
Using von Mises-Fisher distributions for geo-spatial machine learning
2
Location variables as factor or numeric?
18
Data partitioning for spatial data