I have ran the regression using glm() in R and have got some pretty decent results. All of them being pretty significant with p-values less than .05.

I know that doesn't really speak to the validity of the regression but I am now trying to graph it and can't figure out if it's possible given how many "values" are within each category.

Although I am only using 5 variables I end up with about 15 values and I know that means a lot of potential graphs.

Is this possible and would anybody know how to set it up using R?

I have attempted to graph just the first few values thus far but it doesn't look correct and I'm thinking it would be impossible to have all the variable values in a single graph. 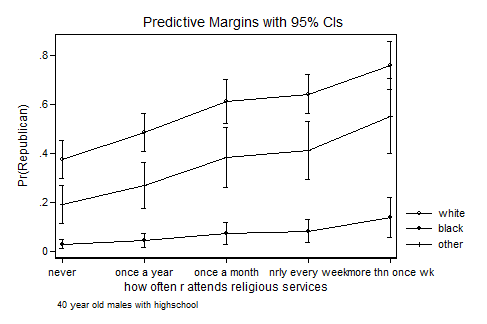 Not the answer you're looking for? Browse other questions tagged r regression logistic multivariate-analysis or ask your own question.