Why do we use ReLU in neural networks and how do we use it?

so that the input of neuron 2 is basically ReLU(softmax(x1)). Is this correct?

The ReLU function is $f(x)=\max(0, x).$ Usually this is applied element-wise to the output of some other function, such as a matrix-vector product. In MLP usages, rectifier units replace all other activation functions except perhaps the readout layer. But I suppose you could mix-and-match them if you'd like.

One way ReLUs improve neural networks is by speeding up training. The gradient computation is very simple (either 0 or 1 depending on the sign of $x$). Also, the computational step of a ReLU is easy: any negative elements are set to 0.0 -- no exponentials, no multiplication or division operations.

Gradients of logistic and hyperbolic tangent networks are smaller than the positive portion of the ReLU. This means that the positive portion is updated more rapidly as training progresses. However, this comes at a cost. The 0 gradient on the left-hand side is has its own problem, called "dead neurons," in which a gradient update sets the incoming values to a ReLU such that the output is always zero; modified ReLU units such as ELU (or Leaky ReLU, or PReLU, etc.) can ameliorate this. 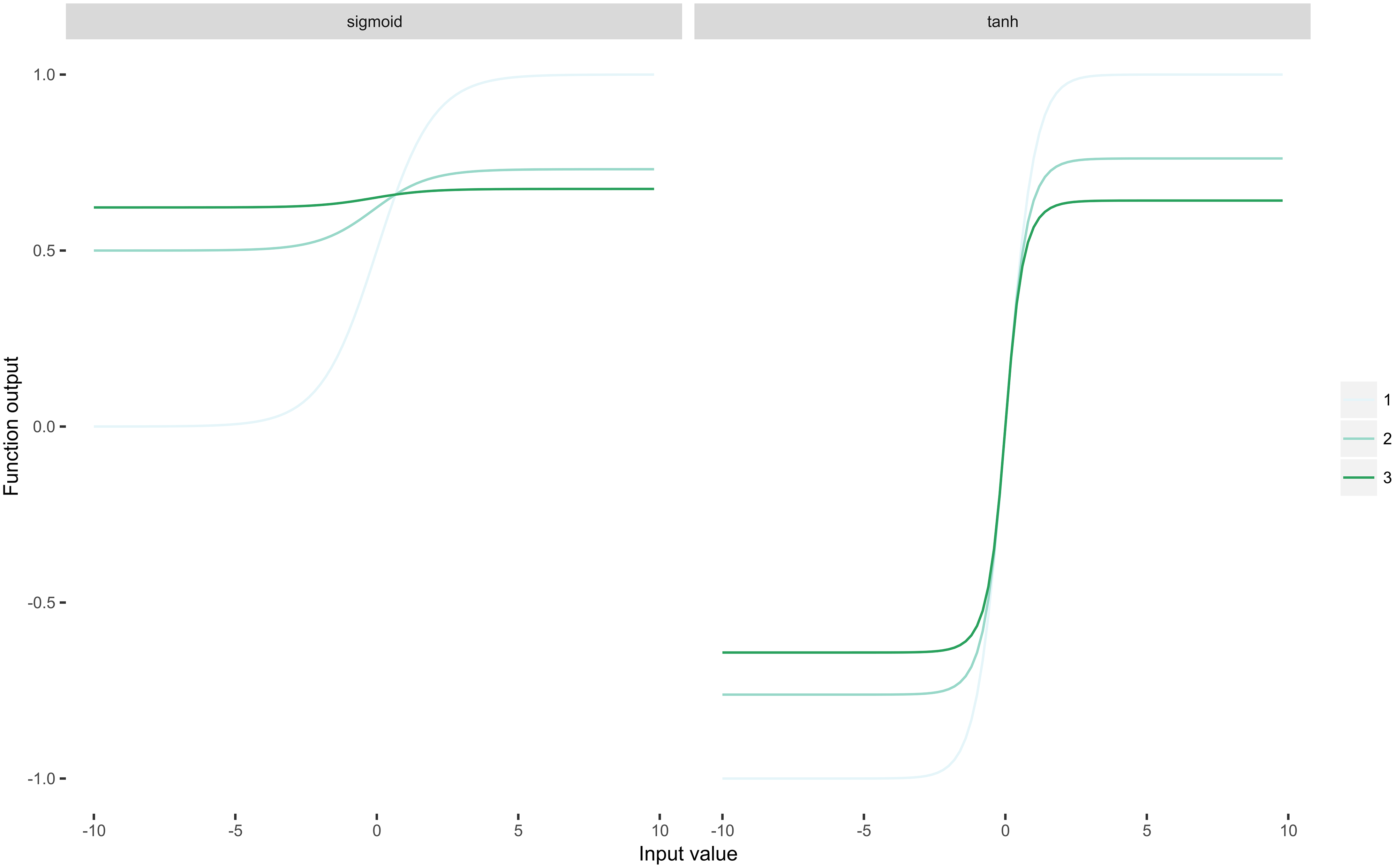 You can immediately see that sigmoid functions "squash" their inputs resulting in the vanishing gradient problem: derivatives approach zero as $n$ (the number of repeated applications) approaches infinity.

Why do we use ReLUs? We use ReLUs for the same reason we use any other non-linear activation function: To achieve a non-linear transformation of the data.

Why are ReLUs better than other activation functions? They are simple, fast to compute, and don't suffer from vanishing gradients, like sigmoid functions (logistic, tanh, erf, and similar). The simplicity of implementation makes them suitable for use on GPUs, which are very common today due to being optimised for matrix operations (which are also needed for 3D graphics). 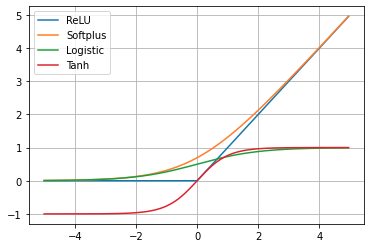 Why do we need matrix operations in neural networks?: It's a compact and computationally efficient way of propagating the signals between the layers (multiplying the output of the previous layer with the weight matrix).

Isn't softmax activation function for neural networks? Softmax is not really an activation function of a single neuron, but a way of normalising outputs of multiple neurons. It is usually used in the output layer, to enforce the sum of outputs to be one, so that they can be interpreted as probabilities. You could also use it in hidden layers, to enforce the outputs to be in a limited range, but other approaches, like batch normalisation, are better suited for that purpose.

P.S. (2) Passing the output of softmax to a ReLU doesn't have any effect because softmax produces only non-negative values, in range $[0, 1]$, where ReLU acts as identity function, i.e. doesn't change them.

There are other numerically efficient weighted sum (dot product) algorithms around like the FFT and Walsh Hadamard transform. There is no reason you can't incorporate those into an ReLU based neural network and benefit from the computational gains. (eg. Fixed filter bank neural networks.)

ReLU is the max function(x,0) with input x e.g. matrix from a convolved image. ReLU then sets all negative values in the matrix x to zero and all other values are kept constant.

ReLU is computed after the convolution and is a nonlinear activation function like tanh or sigmoid.

Softmax is a classifier at the end of the neural network. That is logistic regression to normalize outputs to values between 0 and 1. (Alternative here is a SVM classifier).

The feed forward networks are trained by looking for a zero gradient. The important thing here is that there's a lot of first derivatives to calculate in a large net's backpropagation routine, and it helps that they are fast to compute like ReLU. The second is that unlike step function, ReLU's gradients are always finite and they're not trivial zeros almost everywhere. Finally, we need nonlinear activations for the deep learning net to work well, but that's different subject.

0
Can ReLU replace a Sigmoid Activation Function in Neural Network without needing to change other parameters/functions of Network?
1
What's the role of ReLU units in Convolutional neural networks?
317
What should I do when my neural network doesn't learn?
3
Why are nonlinear activations used in convolutional neural networks?
2
is Sigmoid activation function better than Leaky Relu?
3
Neural Networks for k step ahead time series forecasting
4
Why do CNN's use ReLU over Sigmoid function?
1
How is RELU used on convolutional layer
0
Why does gradient descent work faster with ReLU compared to using with Signoid?