Are there any ways to deal with the vanishing gradient for saturating non-linearities that doesn't involve Batch Normalization or ReLu units?

I wanted to train a network with non-linearities that suffer from the vanishing (or exploding gradient problem though mainly vanishing). I know that the (current) standard way is to use batch normalization 1 [BN]1 or simply abandon the non-linearity and use ReLu Rectifier/ReLu units.

The reason I have these constraints is because I'd like to deal with the problem of vanishing gradient or exploding gradients by taling the problem directly rather than hacking a solution that works only for specific non-linearities or just avoiding the problem by shoving in a ReLu.

I was wondering, with those two constraints, what are alternative ways to deal with the vanishing gradient problem? (another non-linearity in consideration would be RBF gaussian kernel with euclidean norm pre-activation, sigmoid, tanh, etc)

The possible (vague) ideas I had in mind would be:

If there are any suggestions on how to deal with vanishing gradient other than batch-norm or ReLu's I'd love to hear about them!

It seems that vanishing gradient happens mainly because the non-linearities have the property that $ |a| < 1$ and also because $ | \theta'(s) | < 1$ and after multiplying it many times, it either explodes or vanish. Explicitly saying the problem might help solve it. The issue is that it causes lower layers to not update or hinders signal through the network. It would be nice to maintain this signal flowing through the network, during the forward and backward pass (and also during training, not only at initialization).

Have you looked into RMSProp? Take a look at this set of slides from Geoff Hinton:

Specifically page 29, entitled 'rmsprop: A mini-batch version of rprop', although it's probably worth reading through the full set to get a fuller idea of some of the related ideas.

The main idea is to look at the sign of gradient and whether it's flip-flopping or not; if it's consistent then you want to move in that direction, and if the sign isn't flipping then whatever step you just took must be OK, provided it isn't vanishingly small, so there are ways of controlling the step size to keep it sensible and that are somewhat independent of the actual gradient.

So the short answer to how to handle vanishing or exploding gradients is simply - don't use the gradient's magnitude!

Some of my understandings, may not be correct.

The cause of the vanishing gradient problem is that sigmoid tanh (and RBF) saturate on both sides (-inf and inf), so it's very likely for the input of such non-linearity to fall on the saturated regions.

The effect of BN is that it "pulls" the input of the non-linearity towards a small range around 0 $N(0,1)$ as a starting point , where such non-linearities don't saturate. So I guess it will work with RBF as well.

To remove the non-linearity of ReLU, we can use the softplus funtion $\log(1+e^x)$, which is very close to ReLU, and was used in Geoffrey Hinton`s papper to explain why ReLU would work. 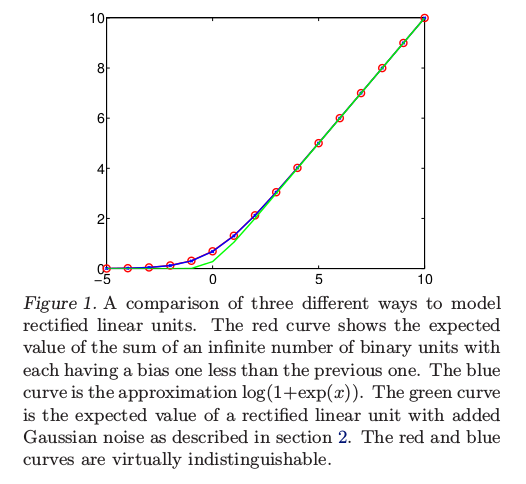 Also the residual networks or the highway networks provide another way of addressing vanishing gradients (via shortcuts). From my experience such architecture gets trained way faster than only connecting the loss to the last layer.

Moreover the difficulty of training deep networks is not solely because of the vanishing gradient, but other factors as well (e.g. the internal covariate shift). There's a recent paper layer normalization about another way of doing normalization, it doesn't say about vanishing gradients though, but maybe you'll be interested.

Not the answer you're looking for? Browse other questions tagged machine-learning neural-networks conv-neural-network batch-normalization or ask your own question.

11
is scaling data [0,1] necessary when batch normalization is used?
4
What problem does Residual Nets solve that batch normalization does not solve?
4
Batch normalisation at the end of each layer and not the input?
0
problem with vanishing/exploding gradient problems solution
1
Help understanding Vanishing and Exploding Gradients