Change threshold of classifier based on ROC

I trained a neural network to classify data. My data set consists of roughly 75% class 1 data and 25% class 2. After training, the network showed 84.4% accuracy. As the classes do not contain an equal amount of data, I also decided to look at the ROC curve. The last layer of my network uses a softmax, so that I can interpret the outputs as probabilities.

You find it in the following picture, blue line.

The blue points indicate the threshold/accuracy (FPR/TPR) if the threshold is chosen to be $T_1=0.5$. I also marked the point, which labels the highest accuarcy, namely 85.1% (red). The grey point is the one you get, when you minimize the distance between the ROC curve and the point (0,1). It corresponds to an accuracy of 82.2%. 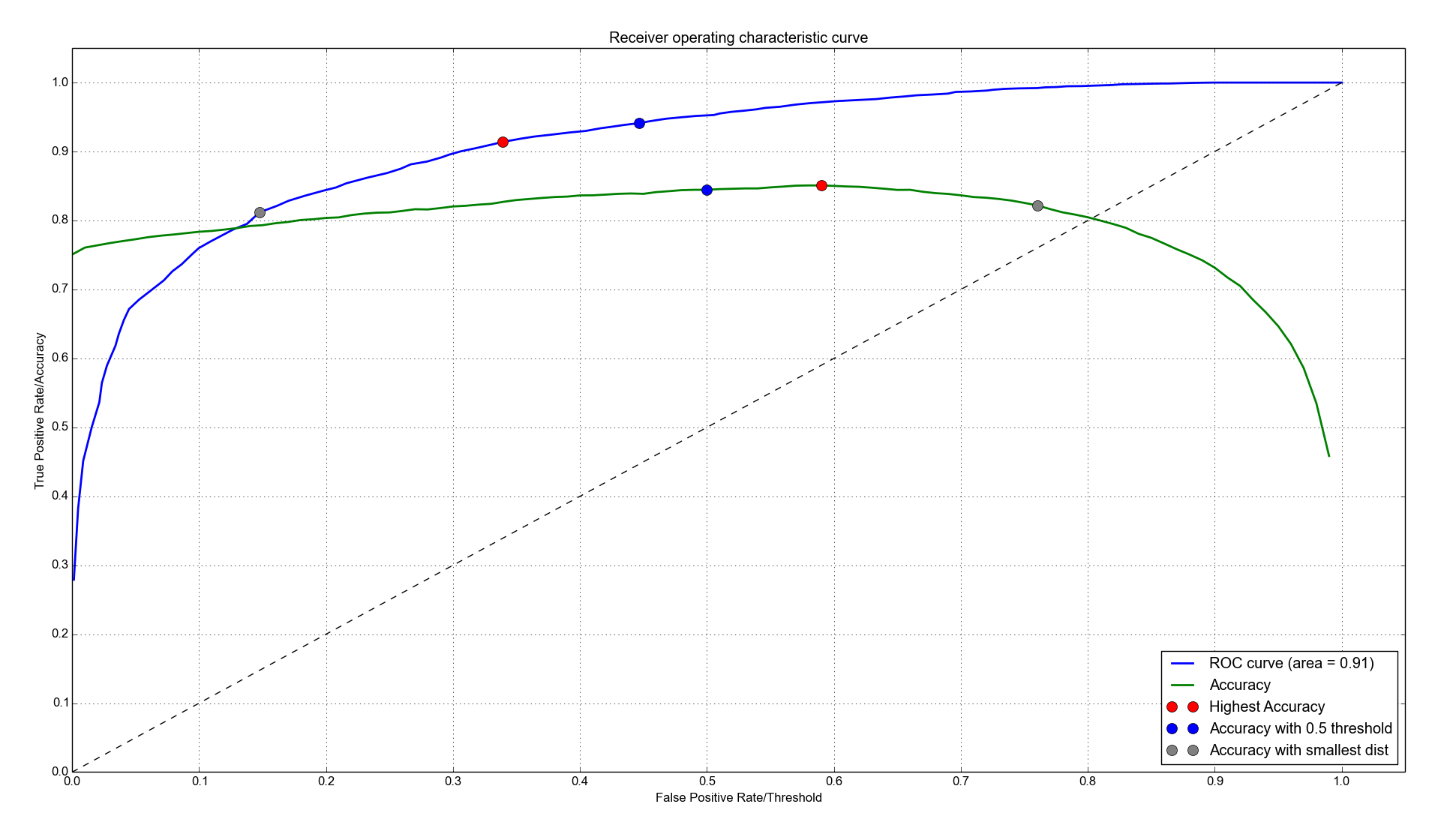 Now to the questions:

The Accuracy (or the area under the ROC curve) depends on the sample used to construct the ROC curve (see, e.g., How to interpret 95% confidence interval for Area Under Curve of ROC?). So if you use this ROC to optimise the threshold there is a risk of overfitting to the sample.

You can indeed "calibrate" a threshold using a hold-out data set. You might also use k-fold cross validation. The link with the ROC-curve is the fact that that there exists a link between the area under the ROC-curve and the accuracy ratio ($AR=2AUC-1$).

This interpretation is the same when you use a random forest.

You can find more on all this in, e.g., this paper

Not the answer you're looking for? Browse other questions tagged neural-networks random-forest roc or ask your own question.

5
How to interpret 95% confidence interval for Area Under Curve of ROC?

8
Decision threshold for a 3-class Naive Bayes ROC curve
0
Is ROC or PR curve only the overall performance measure for classification
3
How to draw the ROC curve?
2
ROC curve and parameter selection
5
Creation of ROC curve of logistic regression classifier with rejection