I measured explorative behaviour of 29 individuals repeatedly (at least twice) since I’m interested in how consistent they are through time. It seems, based on the attached plot, that there are clear differences between individuals in exploration. However, when I use a Linear mixed effect model with ID as a random variable 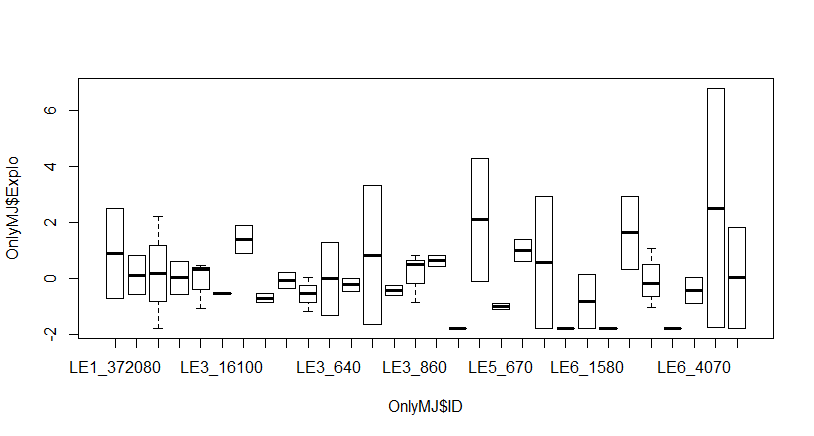 The random effect (between individual variance in exploration) is zero. This seems very weird and I can’t explain this. I have no idea what the problem is.

You say that each individual had at least two measurements, but from your output there are only 66 observations on 30 individuals, so only six individuals (at most) had more than two measurements. Two is the absolute minimum you need to calculate a mean and a standard distribution -- the random intercept is assumed to be a Normal distribution -- which will have a LOT of uncertainty. Looking at the plot, you have at least five individuals with essentially zero variance, and at least five individuals with a HUGE variance (probably caused by only two observations each).

I'd say you have too little data that's too noisy. The "clear" differences you see are mostly illusory because of the lack of data resulting in huge swings.

Here is a box plot of 30 individuals, where I chose two random normal numbers (mean 0, sd 2) for each: 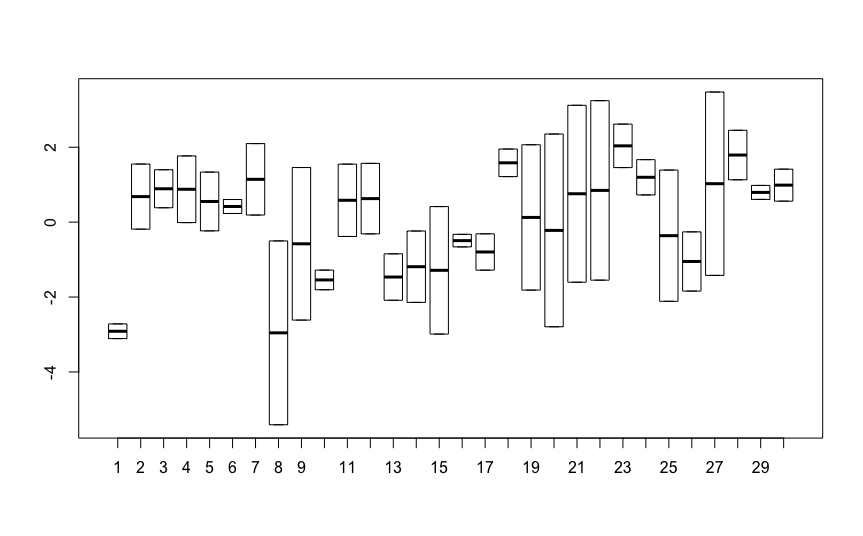 Compare to where I picked twenty numbers for each (same mean and sd): 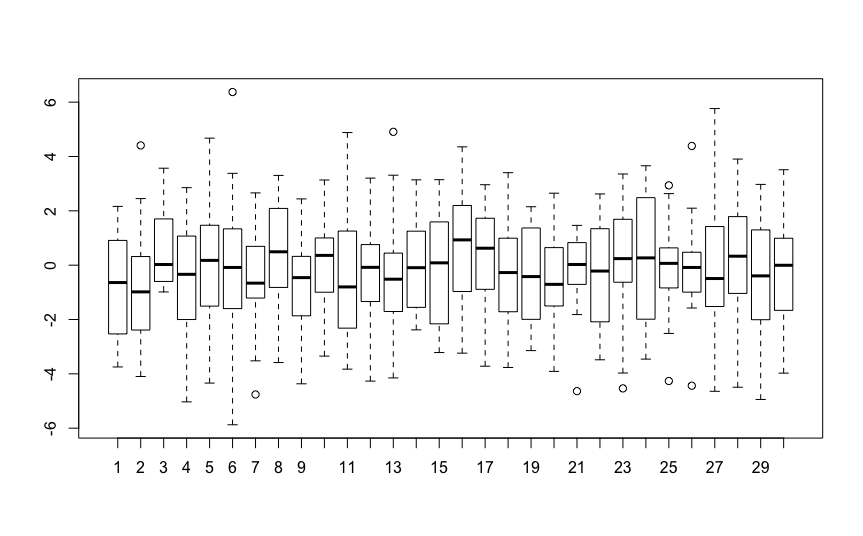 The first plot looks a lot like your plot. If I chose more than twenty each, it would even out even further.

Not the answer you're looking for? Browse other questions tagged mixed-model variance random-variable or ask your own question.

2
Introducing a random effect in R glmer makes no difference vs glm - am I doing something wrong?

11
Can a variable be included in a mixed model as a fixed effect and as a random effect at the same time?
4
How to determine effect of random factors and slopes and their variance in Mixed Model
3
Interpreting intercepts in mixed effect model with categorical predictors
29
REML or ML to compare two mixed effects models with differing fixed effects, but with the same random effect?
3
Why are the coefficients of REML and ML estimation the same? What does that mean?
1
Non significant intercept but significant coefficients in mixed effect modelling
1
Zero BLUPs / zero variance components with mmer R package sommer