How does a U-Net group pixel classifications into a single spatial region?

The neural network known as a "U-Net" ( Ronneberger, Fischer, and Brox 2015) was a prominent technique in Kaggle's recent Ultrasound Nerve Segmentation contest, where high scores were awarded to algorithms that created pixel masks with a high degree of overlap with the hand drawn regions. 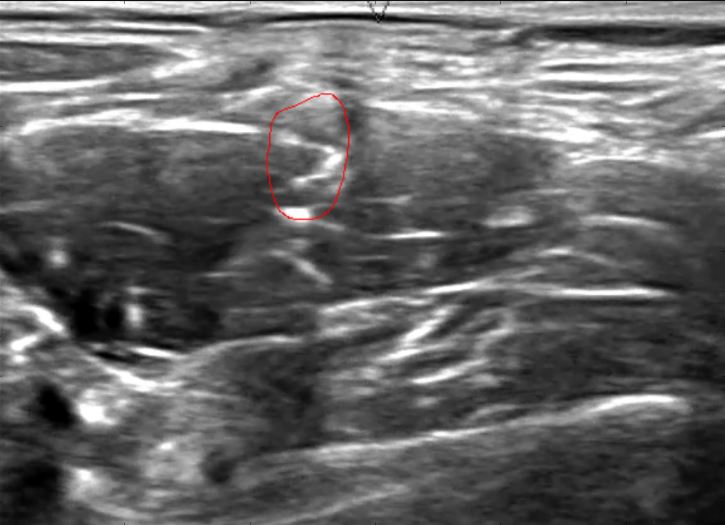 If one proceeds to classify every pixel (perhaps from a down-sampled image), there must be many ways to incorporate the prior knowledge that neighboring pixels will tend to have the same class, and furthermore that all the positive classifications must reside in a single spatial region. However, I can't figure out how these U-Nets are doing it. They do classify every pixel, albeit by way of a maze of convolutional and pooling operators: 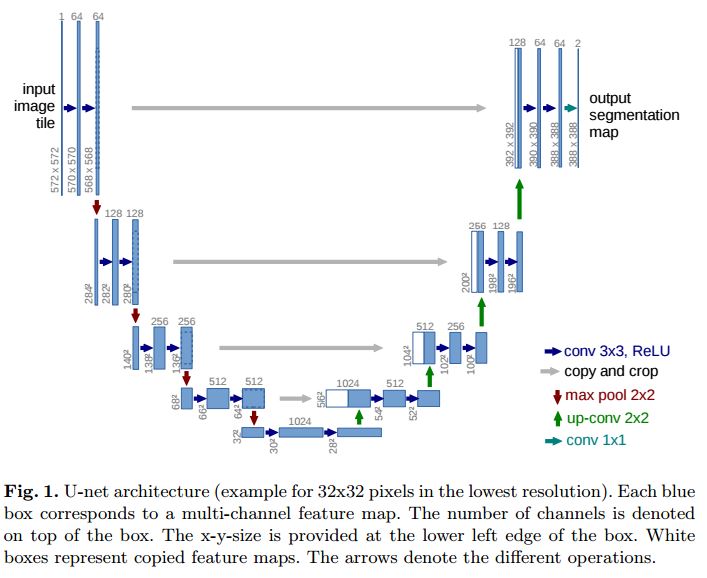 There are separation borders involved, but the paper notes that they are "computed using morphological operations" which I take to mean entirely separate from the U-Net itself. Those borders are only used to modify the weights so that more emphasis is placed on the pixels at the border. They do not appear to fundamentally change the classification task.

In classifying every pixel, how does this deep convolutional neural network, called a "U-Net," incorporate the prior knowledge that the predicted region will be a single spatial region?

It incorporates "prior knowledge" by training the network over a training dataset which will update the weights of the convolution filters. This is how most neural networks are trained with standard backprop. Where the loss to be backproped is based on the segmenation loss in this case.

Here's a link to better show a deconvolution visualization viz. It doesn't show how it is trained because that is the same as how regular convolution is trained and there are other resources for that such as here backprop.

Not the answer you're looking for? Browse other questions tagged neural-networks deep-learning biostatistics conv-neural-network image-processing or ask your own question.

2
Multilayer-Perceptron (MLP) performs poorly for digit recognition
0
What is the intuitive meaning of generalized weight in a neural net and how does it relate to weight?
29
Does the image format (png, jpg, gif) affect how an image recognition neural net is trained?
1
How does faster RCNN RPN propose region on the feature maps?
2
How does a 1-dimensional convolution layer feed into a max pooling layer neural network?
1
How does Spatial Pyramid Pooling work on Windows instead of Images
3
How does the BERT model (in Tensorflow or Paddle-paddle frameworks) relate to nodes of the underlying neural-net that's being trained?
0
How does a regression head on an R-CNN-type model know how much larger to make the region if it doesn't see the surrounding area?
1
How does back propagation work when sending in multiple examples into the network at a time?