Can I make a better linear model than this?

I am getting the below plot for my data, 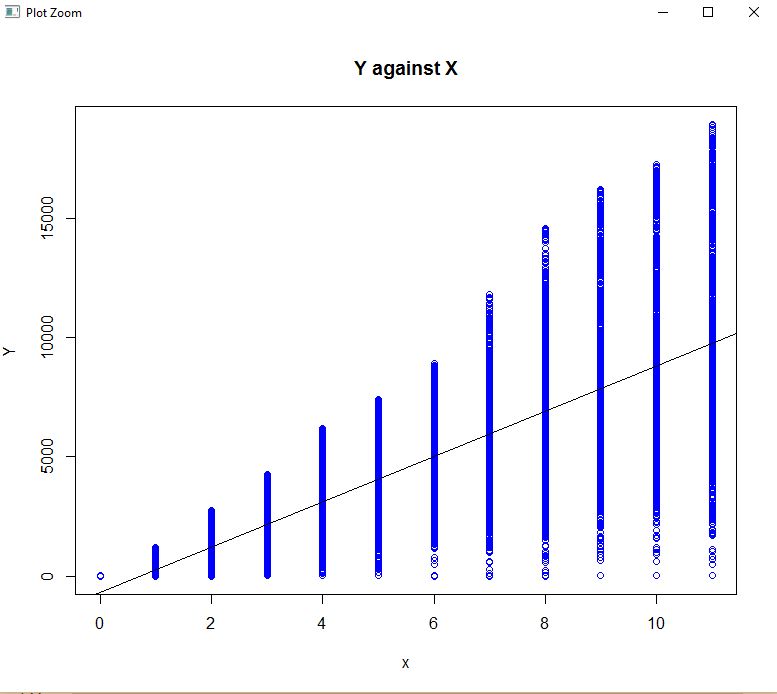 and relevant summary is as below:-

If I use log, sqrt, 1/y^2, 1/y on the Y variable the R squared value reduces significantly and the abline plot still shows the long range of Y values. Would it be possible to use any kind of transformation that gives a better plot? 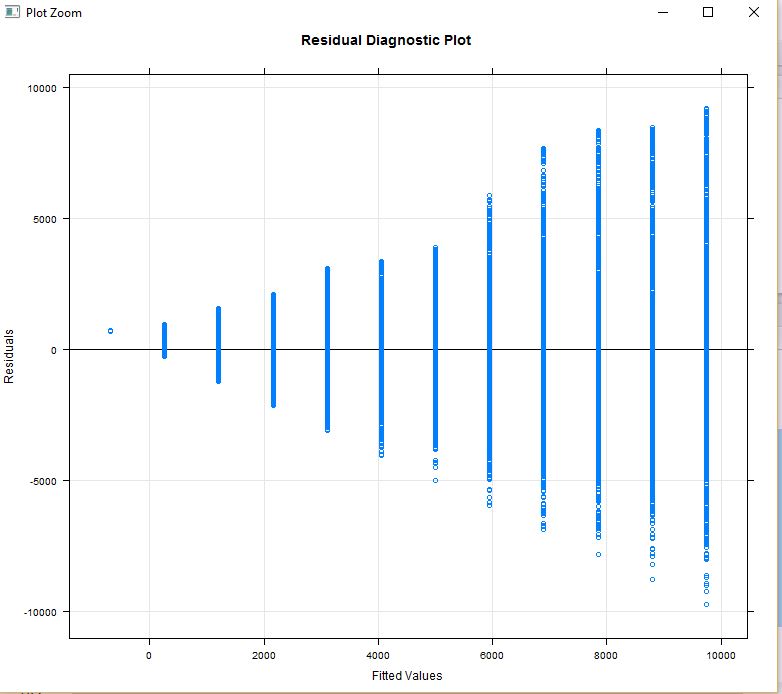 It looks like you're trying to fit a linear model on simulated time series data. The variance keeps on increasing continuously and this looks odd. For heteroskedastic data the variance would change but not increase continuously. This appears to be simulating a random walk.

A linear model will only be able to give you estimates of the mean. Irrespective of any transformation you apply when trying to scale down the variance when fitting the model, the variance of the residuals would keep increasing.

Edited after additional information on the data set:

I would suggest the following changes:

Try other features you may find informative and which make sense to the problem you're trying to solve.

Response to comments under the other answer (which changes things substantively):

Each point in the X axis is age in months (i.e. 0 months means less than 30 days, 1 month means 30 days from birth etc) The Y point is kilometers covered by the vehicle. So ideally as the vehicle passes through 0,1,2,... n months the distance covered keep increasing until the vehicle gets calibrated.

If you have many observations on each vehicle then you should not be fitting an ordinary regression model -- the data for a single vehicle are dependent for two different reasons. Firstly, you're observing the same vehicle, which leads to dependence (repeated measures), but secondly you're looking at cumulative totals. This makes the values highly dependent.

That is why at 0 (i.e. intercept) it is also important for me to infer the kilometers covered by the vehicles.

If I understand (and I am still not sure what it is you're trying to find out here), I think the information you're after should be in each month's incremental data

If you're after averages this may not be suitable (and even if outliers really are something you need to remove rather than model, I doubt this is the best approach) ... but I'm confused are you going across vehicles when you do this? I am not at all sure that makes sense.

[Original answer removed since in light of the new information, it's no longer relevant]