Ask Question
Asked 4 years, 5 months ago
Active 1 year, 10 months ago
Viewed 751 times
3
$\begingroup$
This question already has answers here:
What should I do when my neural network doesn't learn? (8 answers)
Closed 1 year ago.

I am currently trying to automate some identification process of characteristic noise sounds. For acoustic feature, I calculate MFCC. I have downloaded a free MATLAB toolbox from Dan Ellis'es website. As a classifier, I am trying Neural Network patternnet with Softmax transfer function from Neural Network Toolbox in MATLAB. I have built a training file which consists of ~ 200 sounds samples and ~ 200 additional sounds of "anything else" to give NN a sort of counter balance. I extract 13 MFCC coefficients, 13 delta coefficients calculated from MFCC, and 13 delta2 coefficients calculated from delta1. Also, I feed 5 consecutive frames in sequence at once to NN. So all together, I have like 13*3*5 = 195 inputs. I have also 10 outputs, 5 per frame, and 2 per each class.

When I analyse NN's performance and its gradient progress, I am not quite sure if NN is trained correctly. It looks OK at first as the gradient gets low but it doesn't reach its threshold $10^{-6}$. NN simply stops due to validation. When I test the model on another test file, NN seems to pick also other sounds. It's like its training is not done correctly. I did try different configurations such as 195, 390, 780 neurons in one, two, and three layer but it doesn't seem improve the performance.

Perhaps someone could give an advice on how to improve the classification.

Below I have provided some screenshots from NN performances. 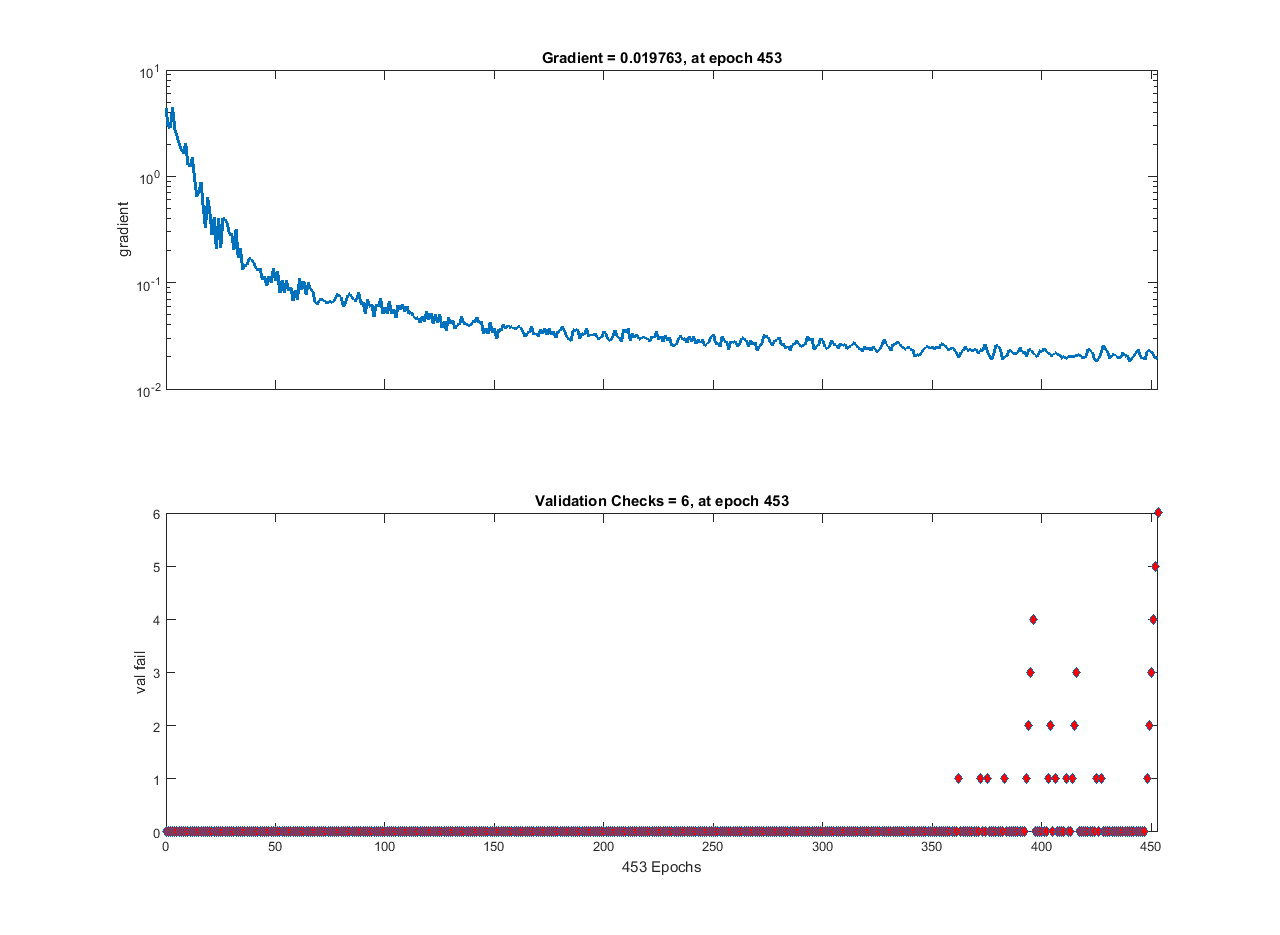 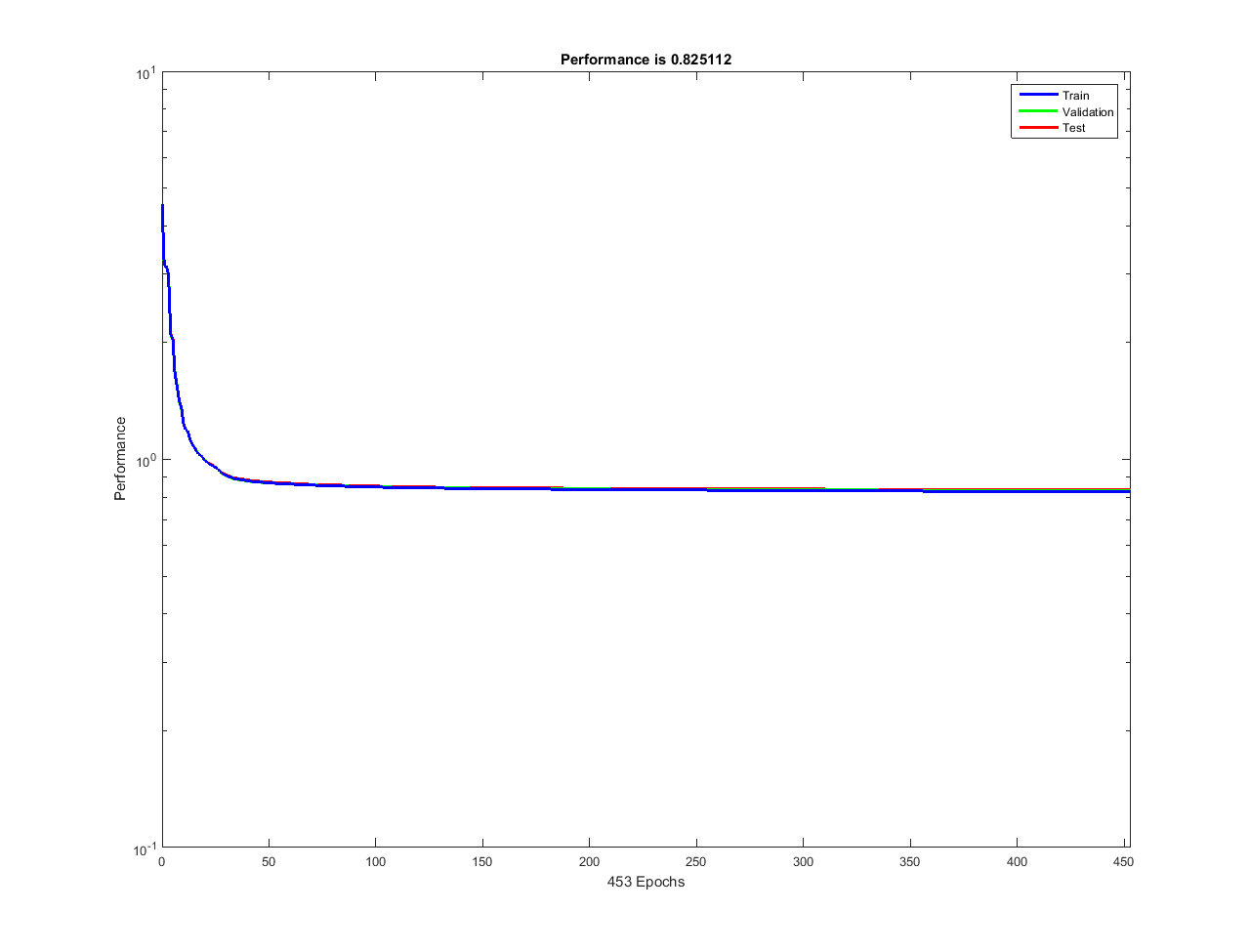 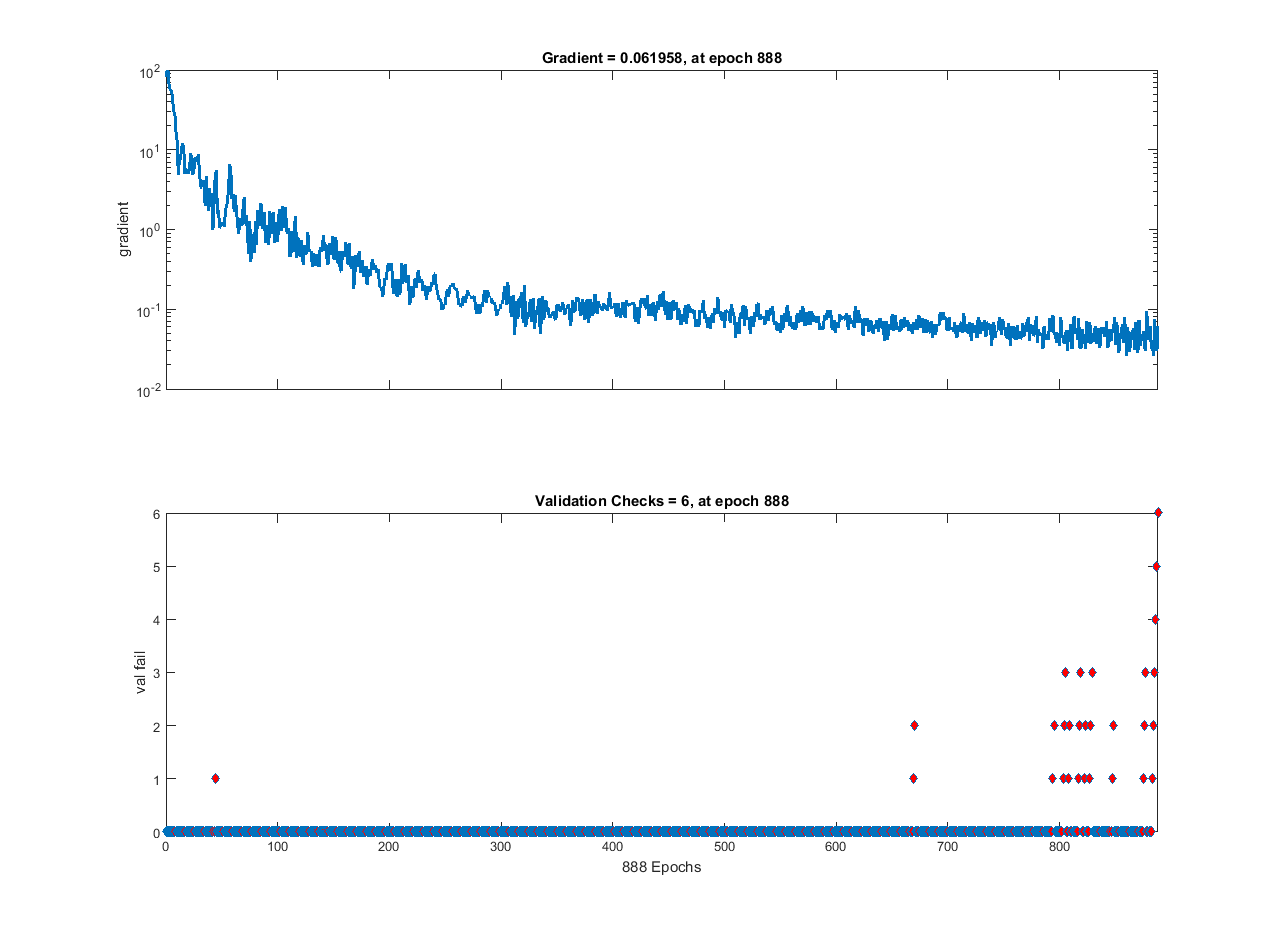 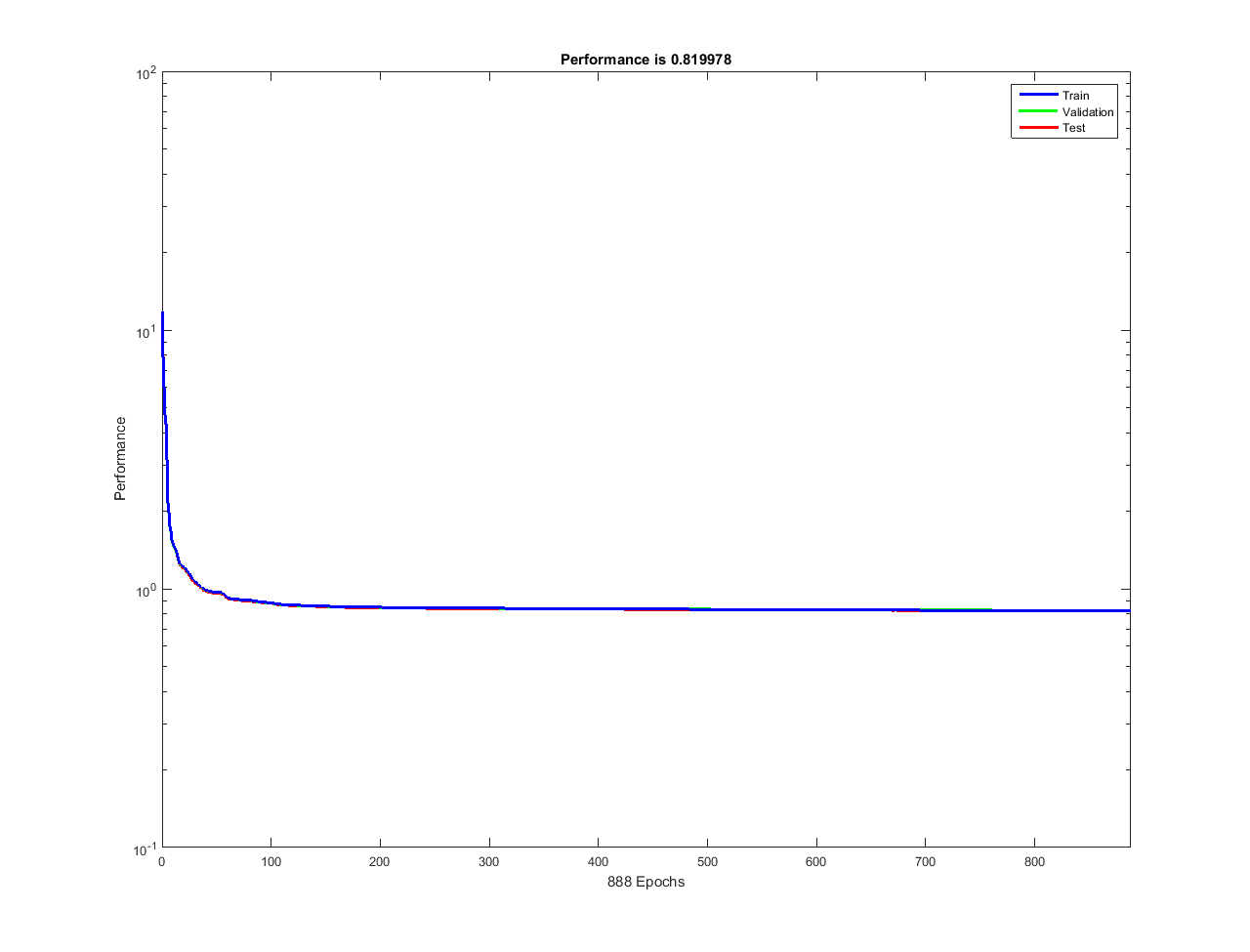 200 samples is likely too little for such a complicated model. Ideally your dataset should be at least 10x bigger. However, here are some things you can try:

Common for spectrogram data is to normalize each frame by subtracting the median or mean, and divide by RMS energy, standard deviation or max.

It can give better performance over MFCC with expressive classifiers like Neural Networks. Simple linear models often struggle with the co-

Use a less data-hungry classifier

If it stops early due to validation errors instead of your gradient threshold it is because your network starts to overfit underfits.

The absolute best way to improve the situation is to acquire more data. You say to have 2 x 200 sound samples, which doesn't sound like a lot (although that obviously depends on the type of samples).

Not the answer you're looking for? Browse other questions tagged classification neural-networks mfcc or ask your own question.

233
What should I do when my neural network doesn't learn?