I'm trying to interpolate a curve using cubic bsplines, but I cannot get it to exactly match the original curve. Could someone please give me some pointers. The original solution is from page #7 in here.

Dark line is the original curve, dotted is the interpolated. Why is it so different. 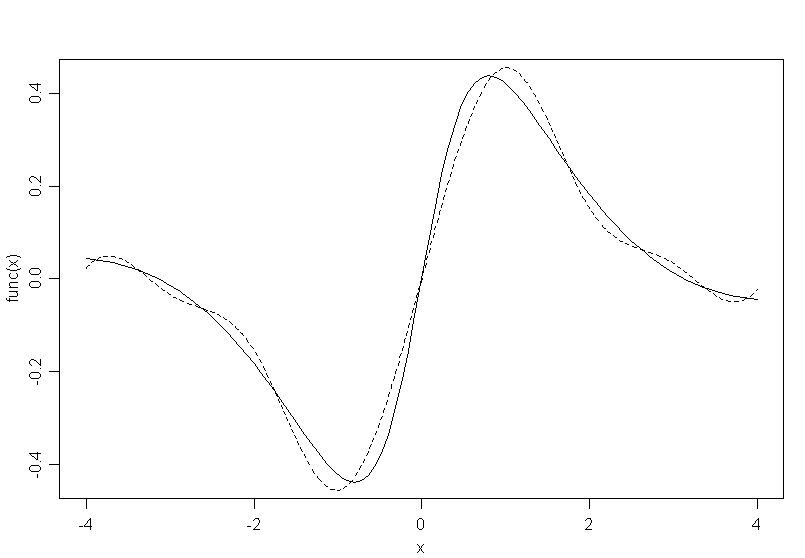 It's so different because you're not using an interpolation spline, but a regression spline. You're using lm to solve the overdetermined system with 500 rows and 11 columns. If you want to follow the approach in the link you provide, you don't want to do that. You want to use an interpolation spline. This means solving a determined system, with as many equations as unknowns, and a non-zero determinant. Here it is:

If we halve the spacing of the interpolation points, here's what happens:

Not the answer you're looking for? Browse other questions tagged splines interpolation or ask your own question.