I have an auto.arima model output with ARIMA(0,0,0) with zero mean does this indicate that the model did not fit well? Is it the case that the extra regressors have eclipsed the effect of the time and difference components? If it is valid, I do not know how to interpret the results to communicate to others why the zeroes are okay.

An ARIMA(0,0,0) model with zero mean is white noise, so it means that the errors are uncorrelated across time.

This doesn't imply anything about the size of the errors, so no in general it is not an indication of good or bad fit.

However, the reason why they are very small is because you are fitting 15 parameters (14 coefficients + 1 error variance) to only 18 points.

You are likely overfitting the data to an extreme degree, and you will likely not be able to forecast out of sample very well.

Let us have a look at how an ARMA(p,q) (Autoregressive-Moving-Average) modell is structured.

An ARMA(p,0) modell is the same as an AR(q) modell (Autoregressive modell of order p). It can be represented using the following representation.

An ARMA(0,q) modell is the same as an MA(q) modell (Moving-Average modell of order q). It can be represented using the following representation.

Here is some explanatory code in R:

Shows you that the first process is an ARIMA(0,0,0) process.

Shows you that the second process is also an ARIMA(0,0,0) process.

I am plotting the two time series. 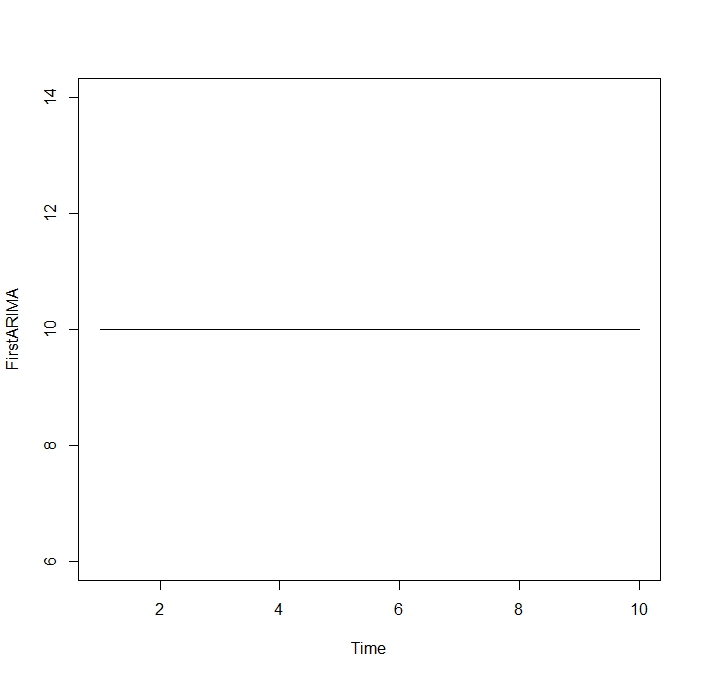 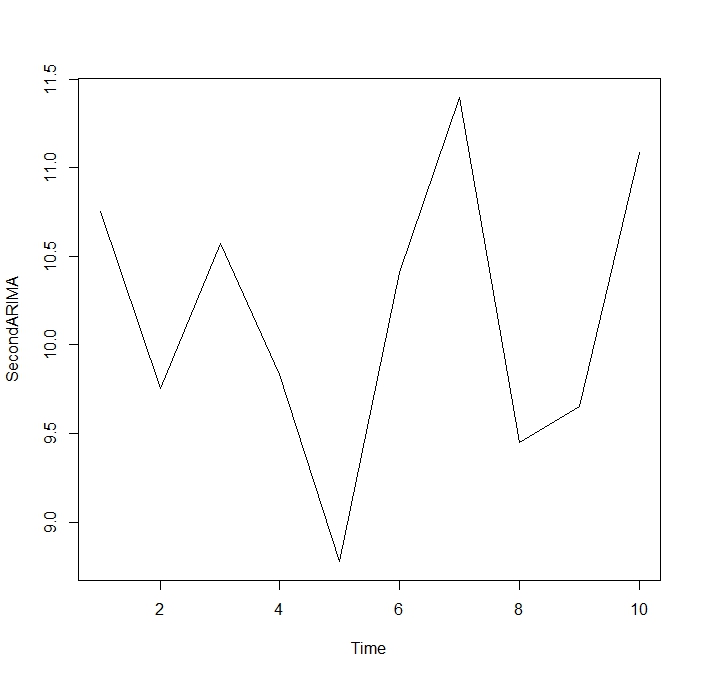 Not the answer you're looking for? Browse other questions tagged r regression time-series forecasting arima or ask your own question.

7
Regression with ARIMA(0,0,0) errors different from linear regression
3
ARIMA: How to interpret MAPE?
1
time series forecasting using auto.arima and exponential smoothing
1
ARIMA Valid combinations ARIMA(0,1,0)x(0,0,0)
3
How do I interpret ARIMA(2,1,0) with drift
1
Out-of-sample Rolling window forecast with ARIMA(0,0,0) with non-zero mean
0
How can you know that result of auto.arima is accurate?
0
Can a ARIMA(0,0,0) model be stationary?