What's the formula for the Benjamini-Hochberg adjusted p-value?

I understand the procedure and what it controls. So what's the formula for the adjusted p-value in the BH procedure for multiple comparisons?

The famous seminal Benjamini & Hochberg (1995) paper described the procedure for accepting/rejecting hypotheses based on adjusting the alpha levels. This procedure has a straightforward equivalent reformulation in terms of adjusted $p$-values, but it was not discussed in the original paper. According to Gordon Smyth, he introduced adjusted $p$-values in 2002 when implementing p.adjust in R. Unfortunately, there is no corresponding citation, so it has always been unclear to me what one should cite if one uses BH-adjusted $p$-values.

Turns out, the procedure is described in the Benjamini, Heller, Yekutieli (2009):

This formula looks more complicated than it really is. It says:

This is a straightforward reformulation of the original BH procedure from 1995. There might exist an earlier paper that explicitly introduced the concept of BH-adjusted $p$-values, but I am not aware of any.

Update. @Zenit found that Yekutieli & Benjamini (1999) described the same thing already back in 1999:

Now let's understand this. The (Bayesian) underlying idea is that observations come from a mixture of two distributions:

What is observed is the mixture of those two: 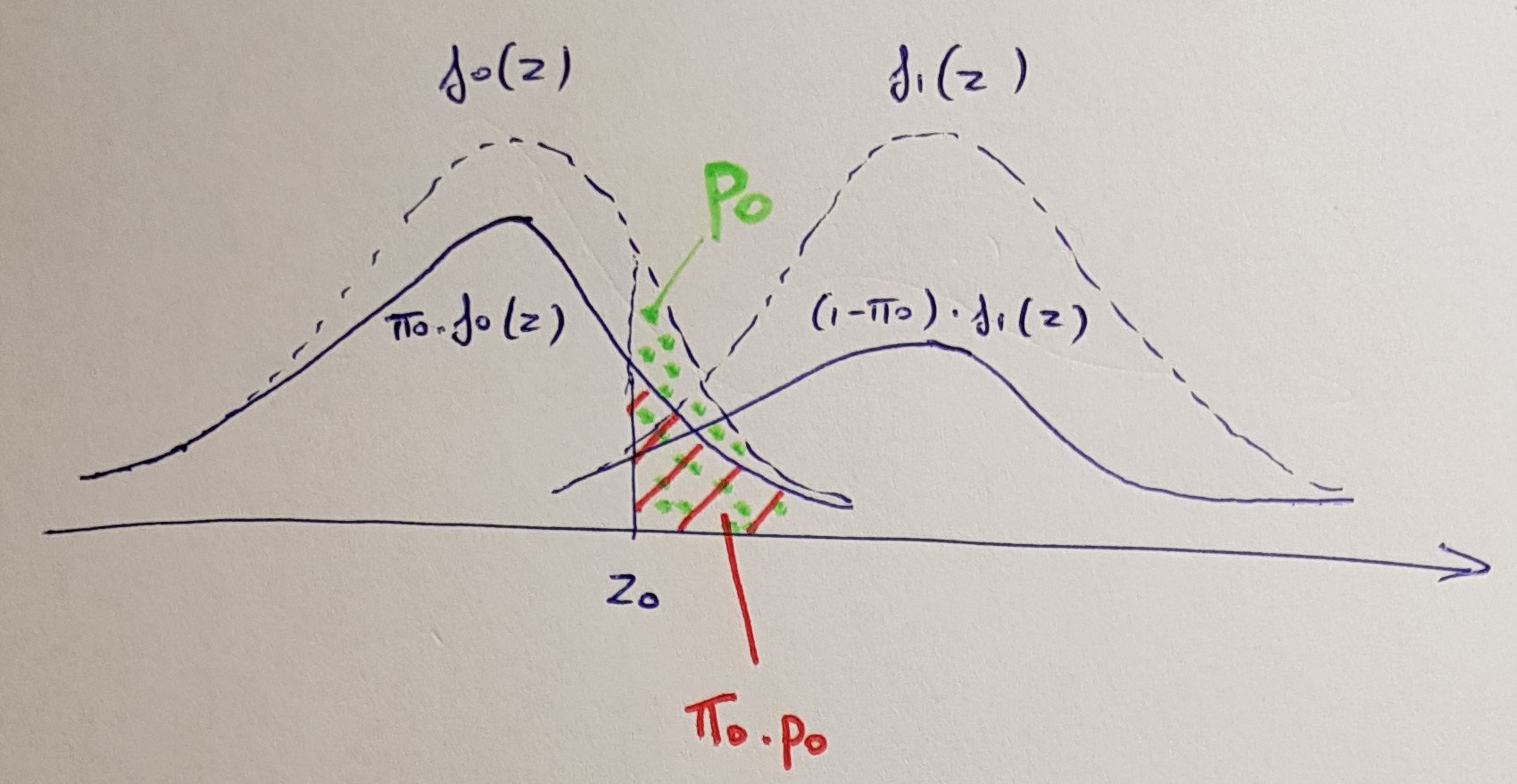 The (Bayesian) definitions are:

As shown below, Fdr is equivalent to the Benjamini hocherg FDR when $\pi_0 \approx 1$ (which is the case in most bioinformatics studies) 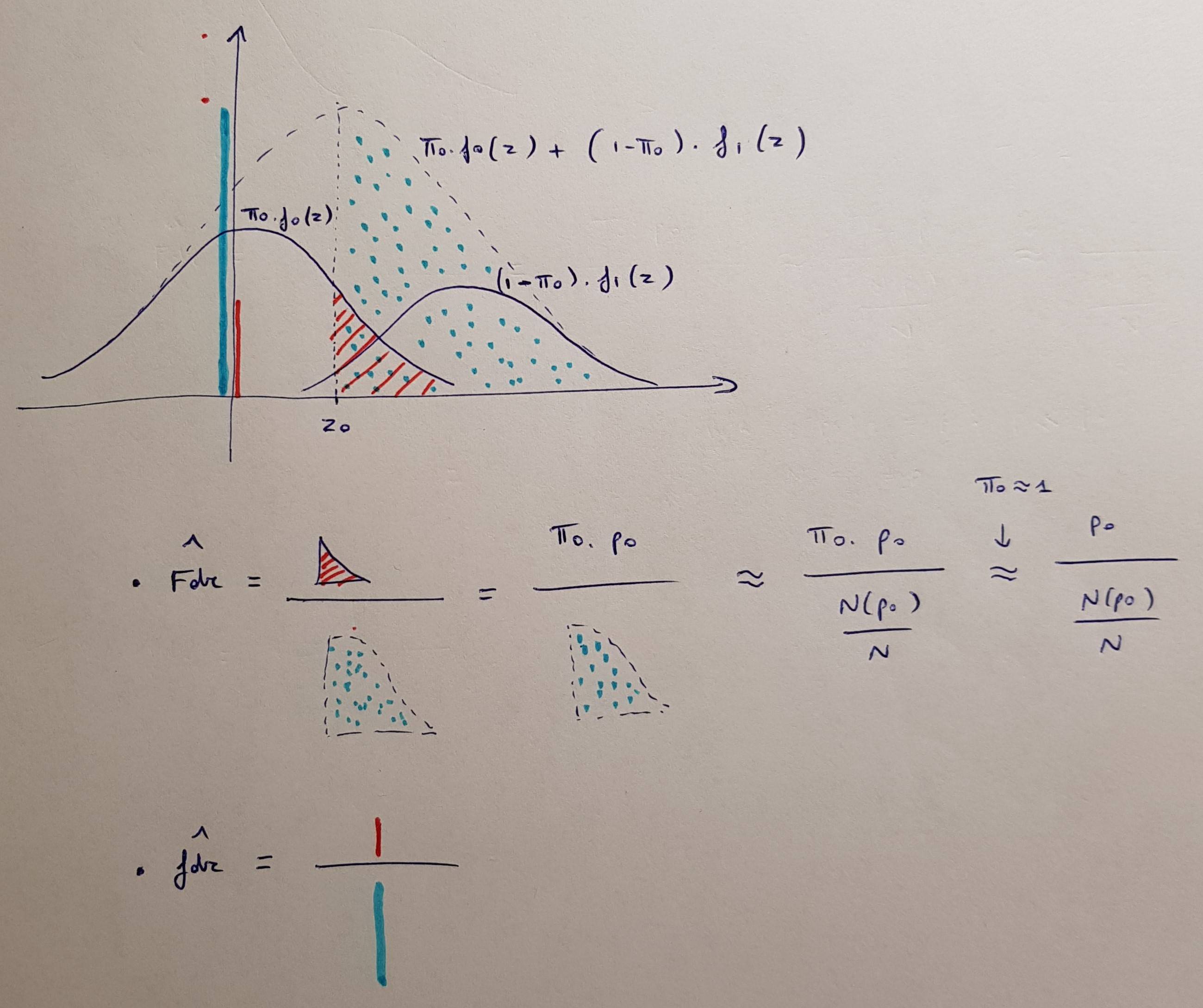 Not the answer you're looking for? Browse other questions tagged hypothesis-testing p-value multiple-comparisons false-discovery-rate or ask your own question.