I noticed that I can substantially improve my model's R$^2$ and Residual standard error values by adding some interaction terms.

My model's statistics go from:

but look what happens to the plots: 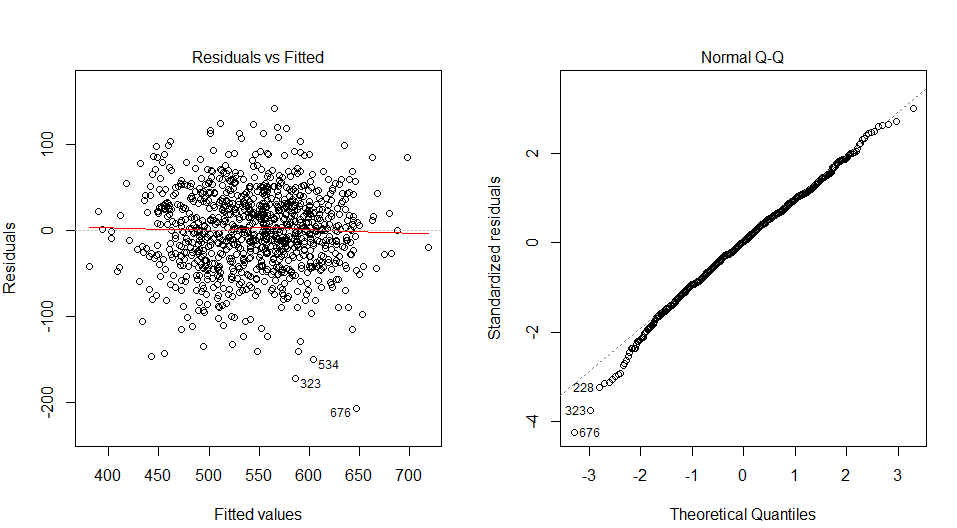 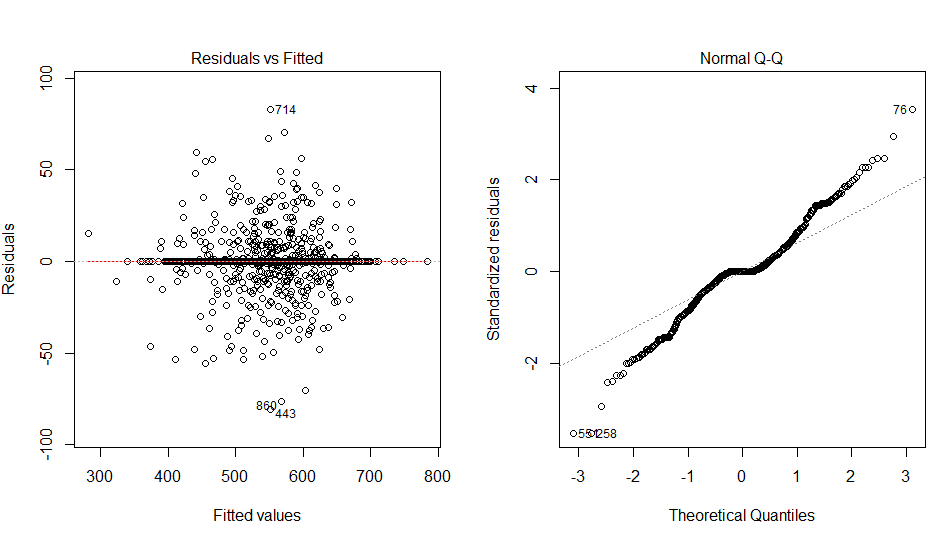 tells me that adding the interaction terms is causing something very bad to the model. Or could this signify that actually my data set is e.g. highly non-linear, which is why I would get a "better fit" (according to the summaries above), eventhough the plots start to show more non-linear behaviour?

The reason for believing in "non-linearity" is that:

In linear models I've heard there to be an assumption of the errors having to be normally distributed, that would mean that the QQ-plot should be as close to the straight line as possible. Right? So my thinking of "non-linearity" came from thinking that "linearity assumptions" are violated.

How should I balance and interpret these results and what model should I continue to develop, the first one or the second one?

A non-straight Q-Q plot indicates non-normal residuals, not "nonlinearity in the model". That may be due to a variety of model issues. In this case the reason for the flat sections in the Q-Q plot seem clear enough.

The hundreds of interaction terms in the model (684 df worth) result in you getting exact or nearly exact fits to a substantial fraction of your data. The resulting zero residuals lead to the "line" across the residuals vs fitted and to the large flat part in the normal Q-Q plot.

It doesn't necessarily suggest anything is nonlinear; it might be purely to the enormous number of interaction terms.

If you want to add all of those terms I'd suggest considering some form of regularization.

13
How can I use the value of $R^2$ to test the linearity assumption in multiple regression analysis?
49
What is residual standard error?
5
Adjusted R-squared: number of terms or independent variables?
2
How to interpret regression diagnostic plots for multiple linear regression analysis (with specific example)
22
Linear regression what does the F statistic, R squared and residual standard error tell us?
5
What happens when we introduce more variables to a linear regression model?
1
Most likely sources of divergence between (adjusted)-R squared and out-of-sample predictive performance
0
How to interpret p values of a non-linear covariate using pspline in a coxph model
3
Why would you perform transformations over polynomial regression?