Dummy coding and testing a hypothesis with linear contrasts

I am thinking about this for some time now and can't figure out what I am doing wrong. So I want to compare the performance of doctors (measured in the number of detected vessels) among different automated visual aids. Their task is to detect vessels in an x-ray scan. They are assisted by some software to color the vessels.

I have An old automatic algorithm

And one that requires some manual guidance 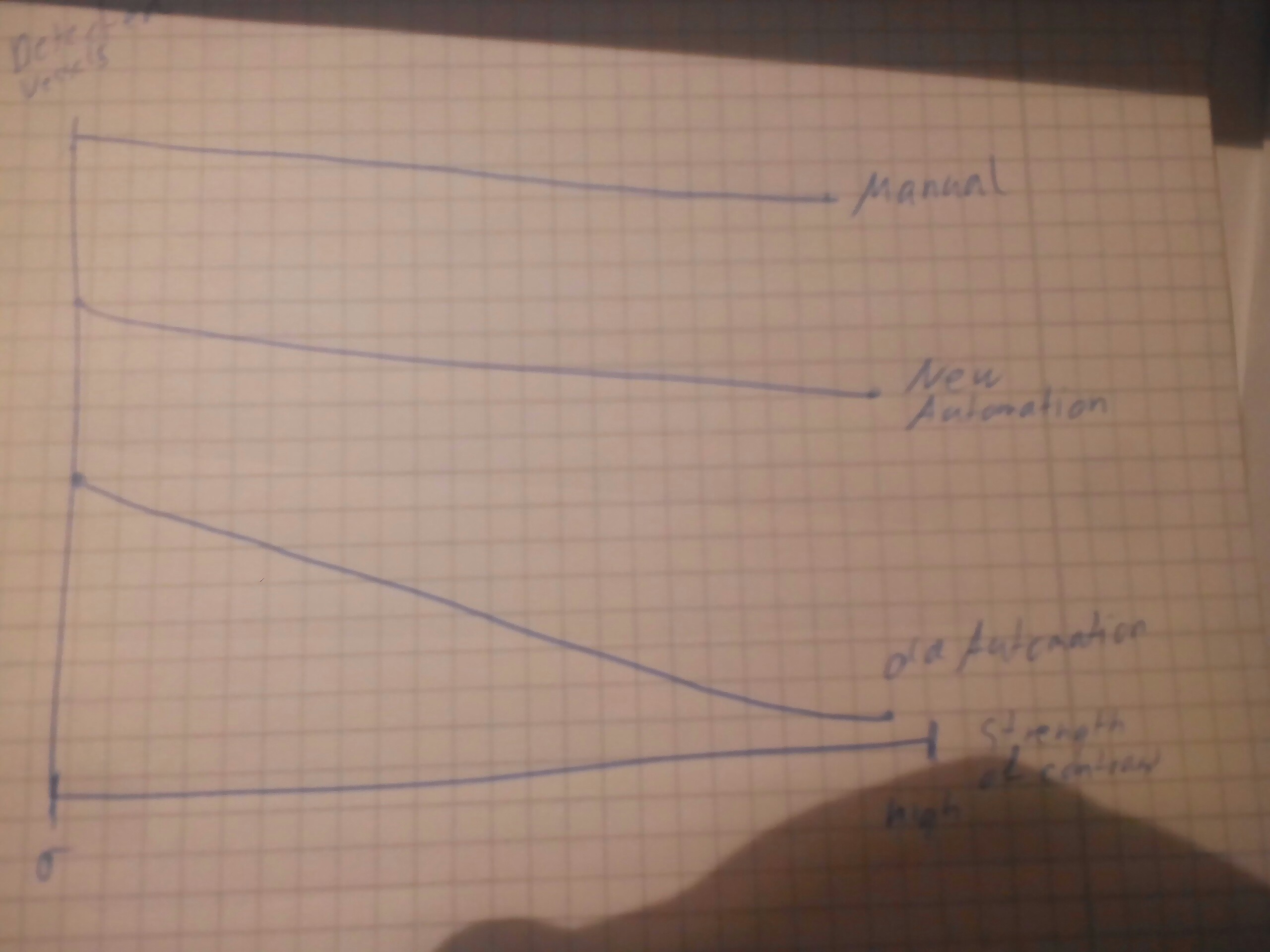 I also want to measure their performance across different degrees of "strength of contrast in the x-ray scan" I dummy coded the three algorithms with "manual guidance" as the reference group (0).

I want to test three hypothesis

C) both automations are worse than the manual one

So I end up with an equation that includes two categorical regressors(Dold,Dnew), a metric one(strength of contrast "b"), and two interaction terms of the performance of the automations across different degrees of strength of contrasts(Doldx and Dnewx)

The linear contrasts for (A) would be

Can anyone help me out?

Regression means that the right hand statement (RHS) predicts the left hand statement (LHS). You can set up three different models and compare the adjusted R2 for each model. This can be achieved using stepwise regression.

For A) dummy coding is sufficient. You can constrain the regression model by ignoring the third data column, but it would be wise to test that too.

For B), If you wish to compare slopes, you should consider if linear models will provide a sensible answer.

For C), you compute a new dummy that is 1 for manual and 0 for both automation columns:

Not the answer you're looking for? Browse other questions tagged regression contrasts categorical-encoding or ask your own question.

10
How to specify a contrast matrix (in R) for the difference between one level and an average of the others?
1
Rank deficiency in polynomial trend analysis
2
Dummy Variables and coding reasons
1
Dummy coding versus contrasts: which compares treatment with control?
0
Is it okay to combine dummy coding and sequence coding?
1
changing the coding system from helmert coding to difference coding changes regression results?
0
Problem with Tuckey correction for planned contrasts with emmeans and pairs() in R
1
confused about dummy coding and contrasts