Does clustering lead to overdispersion?

Clustering is often cited as a source of overdispersion in count data. However, I seem to arrive at the conclusion that clustering actually reduces the dispersion.

Could someone confirm this or show me where I am wrong?

Here's an excerpt from "Generalized Linear Models" by McCullagh and Nelder: 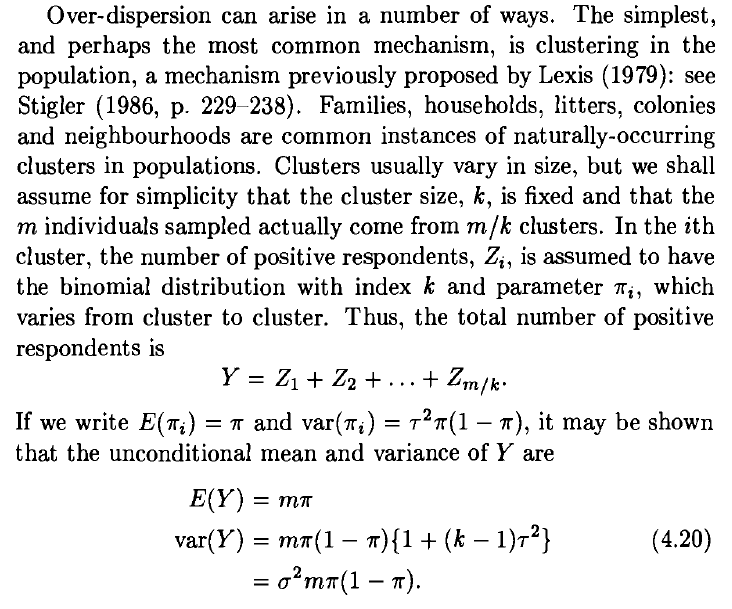 Under the above assumptions, the variance I arrive at is

which is smaller than the variance of $\mathrm{Binom}(m,\pi)$.

This also makes intuitive sense, since variance of the binomial distribution is a concave function of the mean, and so spreading out the $\pi_i$'s reduces the variance.

Finally, I made a quick simulation in R that further confirms it:

So, could someone confirm this or show me where I am wrong?

Mathematically, there is no difference between the two, the latter is also a hierarchical model, albeit with a special distribution for $\pi_i$, namely the empirical distribution of a finite sample.

15
Overdispersion in logistic regression
9
How does glmnet handle overdispersion?
3
binomial GLMM for Repeated Measure + overdispersion
1
Calculating mean and SD from a stream of numbers