I have these mean centered points:

I then calculated the PCA projection points as:

with the modified axis given as:

I then did a plot in Matlab showing both the mean centered values, and then the projected values: 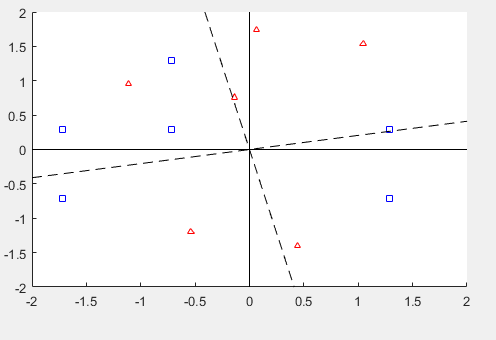 I find this a little graphically confusing.

Is it true that the projection points should show perpendicular "projection lines" to the dashed axes? How should this be shown better graphically?

I think the problem is that you're plotting the projected data onto the projected basis (provided by PCA). That's confusing. The two ways to think about this are:

1) Original data (original basis) plotted against the new principle components - this will help you see that the principle components provide the best two orthogonal lines which minimize the squared perpendicular distance to your data. In fact, your first PC explains 85% of the variance in your data, so I'd probably just draw the first one only. 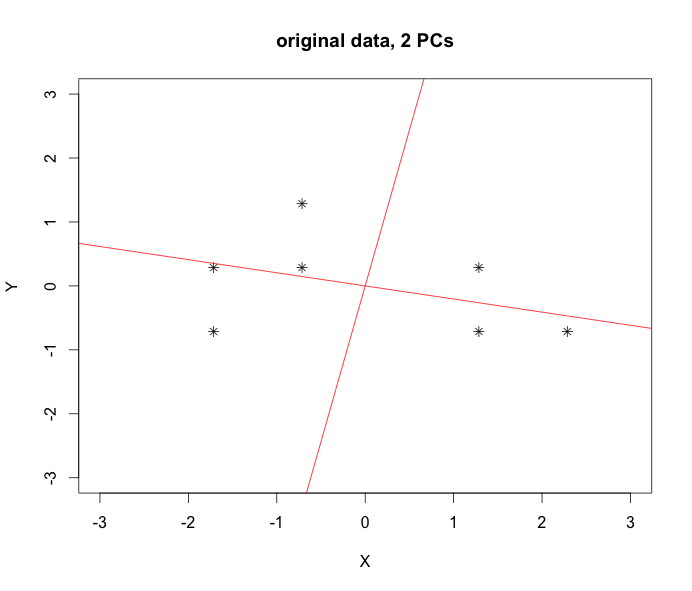 2) Projected data (new basis) and standard $\mathbb{R}^2$ - this will help you see how your projected data looks in it's "natural state". That is, if you treated the new basis as the "standard basis" and plotted the projected data onto it. 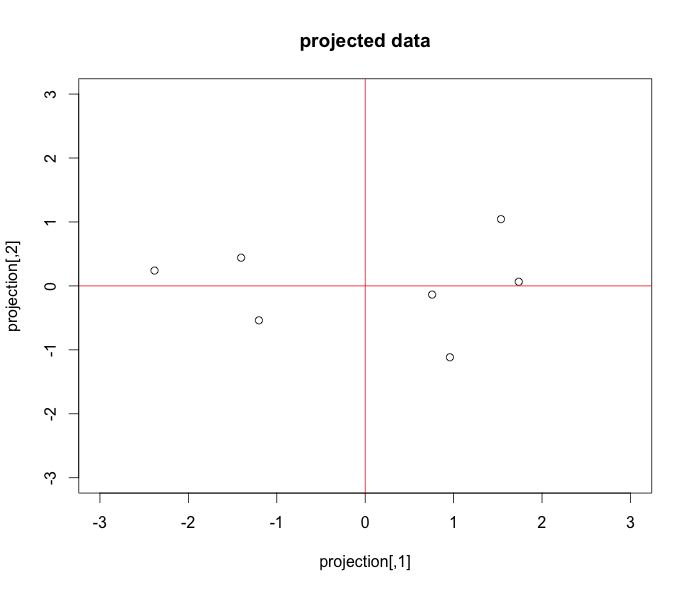 See below for more detail on PCA and some R code to generate these plots.

To help illustrate some of the concepts, here is some R code:

5
Where is the indeterminacy of factor values on this plot explaining factor analysis?
6
How to interpret this PCA biplot?
19
Geometric understanding of PCA in the subject (dual) space
1
Relationship between "Logistic regression + L1 regularization" and PCA
3
PCA: How can the first principal component both maximize variance AND define the line that most closely fits the data?
1
Can the Eigen faces be negative?
1
Should Principal Component Analysis (PCA) axes always be from 1 to -1?