What can be said about the overlap of two probability distributions

Suppose I have information about the following two normal distributions:

What can be stated about the overlapping area depicted in the diagram below: 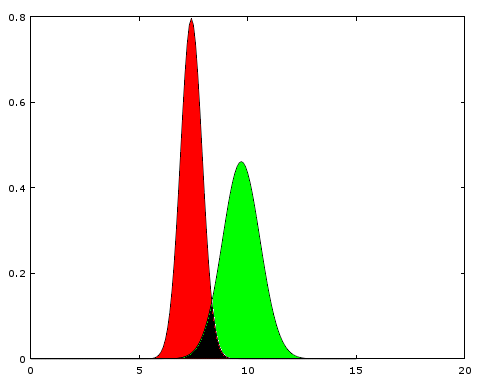 I'd like to be able to make a claim along the lines of: There is at least a 91% likelihood that Green is greater than Red in the population. Is that claim accurate?

What is the statistical meaning or explanation of this overlap in this context?

Edit: I simplified the question and removed extraneous information. Hopefully its clearer.

In order for the overlap to have meaning, it would have to be relevant to some hypothesis or question about data.

To do that let us assume a context to make an example. Assuming that a Monte Carlo simulation using the displayed means and standard deviations and normal distributions were used to make a histogram, we would be generating a mixture distribution, if we did not sort by color. In that case, the overlapping tail areas would add in those histogram categories, and modern methods that find distributions would have little trouble segregating that mixture into two normal distribution models to recover the input values.

That would not tell us which color was which, but it would correctly identify that two normal distributions produced the histogram. Similarly, if we wanted to do t-testing, we could, and that would identify that the populations have different mean values, and if we did Levene's test for differences of variance, we could then do that test. 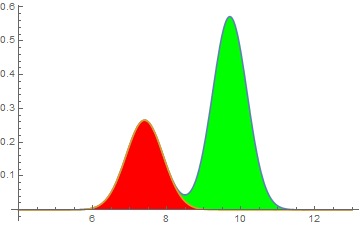 For which the relative likelihood of the Red to Green probability components on a log plot would look like: 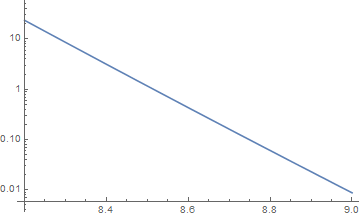 Not the answer you're looking for? Browse other questions tagged distributions normal-distribution confidence-interval or ask your own question.