What does this kind of a population graph mean?

I have data for 131,653 users about how often they do a task, and how much time they take when doing the task. I simply arrange the number of times they do the task in ascending order of the time they take, and make a scatter plot. This is what I get:

The time taken has been sorted in ascending order, as shown in the dataset, and the users have been marked with IDs according to the time. And then, I do the scatter plot of column 3, which is giving this bizarre pattern.

EDIT 3: Here is the graph of the number of occurrences vs the response time (note that the x-axis is in log scale, as in the linear scale all the points were cluttered near the origin): 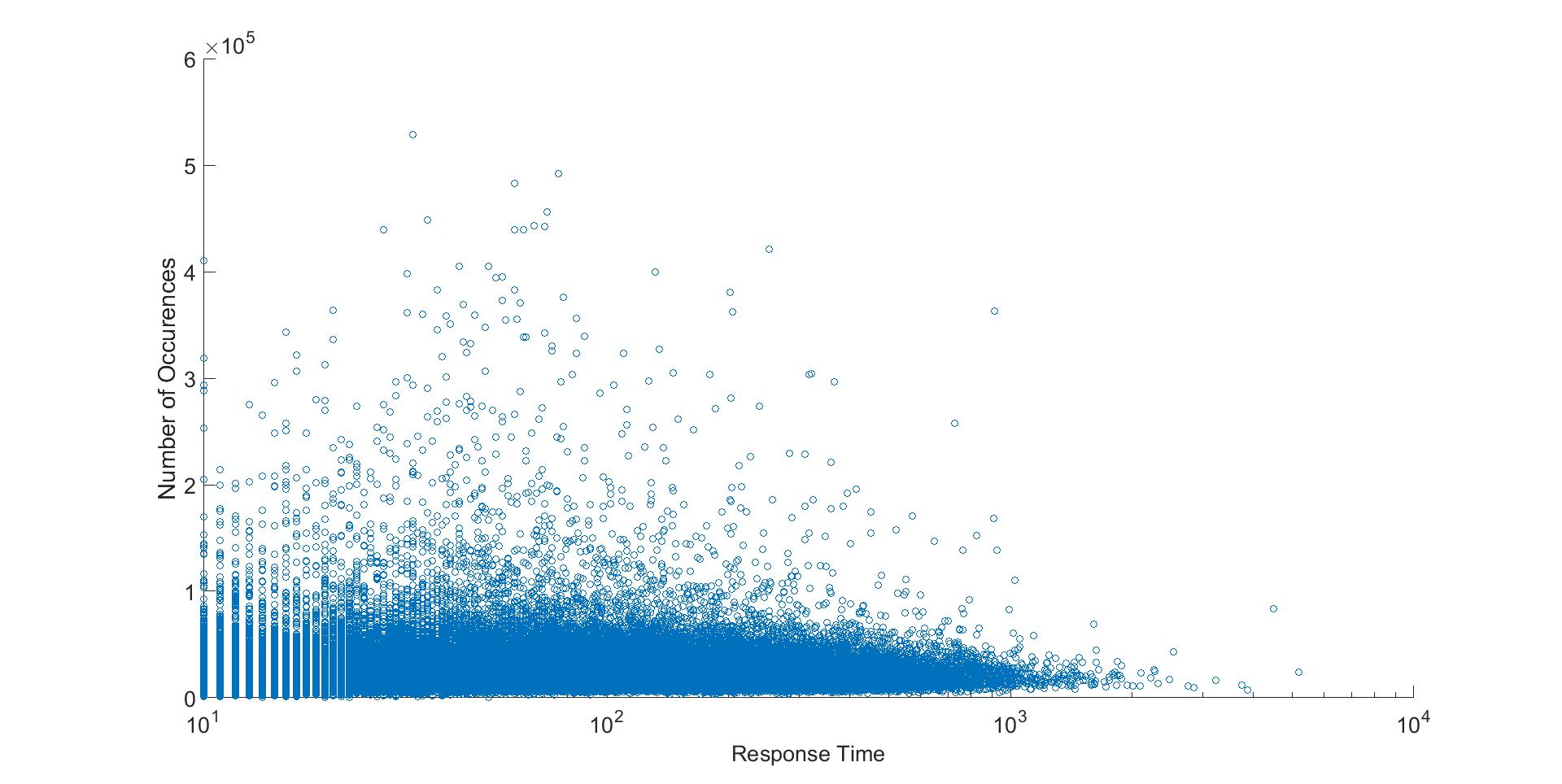 Browse other questions tagged distributions interpretation population or ask your own question.