I'm kinda new to these topics, I wanted to know if there are any relations between those two topics, Markov Random Fields and Hidden Markov Models (Markov Chains). I feel like they are completely different from each other, though in some sources people tend to say they are related. Thanks in advance!

They are similar in the sense that they are both graphical models, i.e., both of them describe a factorization of a joint distribution according to some graph structure. However, Markov Random Fields are undirected graphical models (i.e., they describe a factorization of a Gibbs distribution in terms of the clique potentials of some underlying graph). Hidden Markov Models, on the other hand, are a subclass of directed graphical models (i.e., they describe a factorization in terms of a product of conditional probability distributions) with a specific structure that describes some dynamic process with long-term dependencies. Both types of models can be converted into so-called factor graphs, so that the same algorithms can be used to perform inference tasks in them (e.g., compute marginal distributions or a MAP estimate). 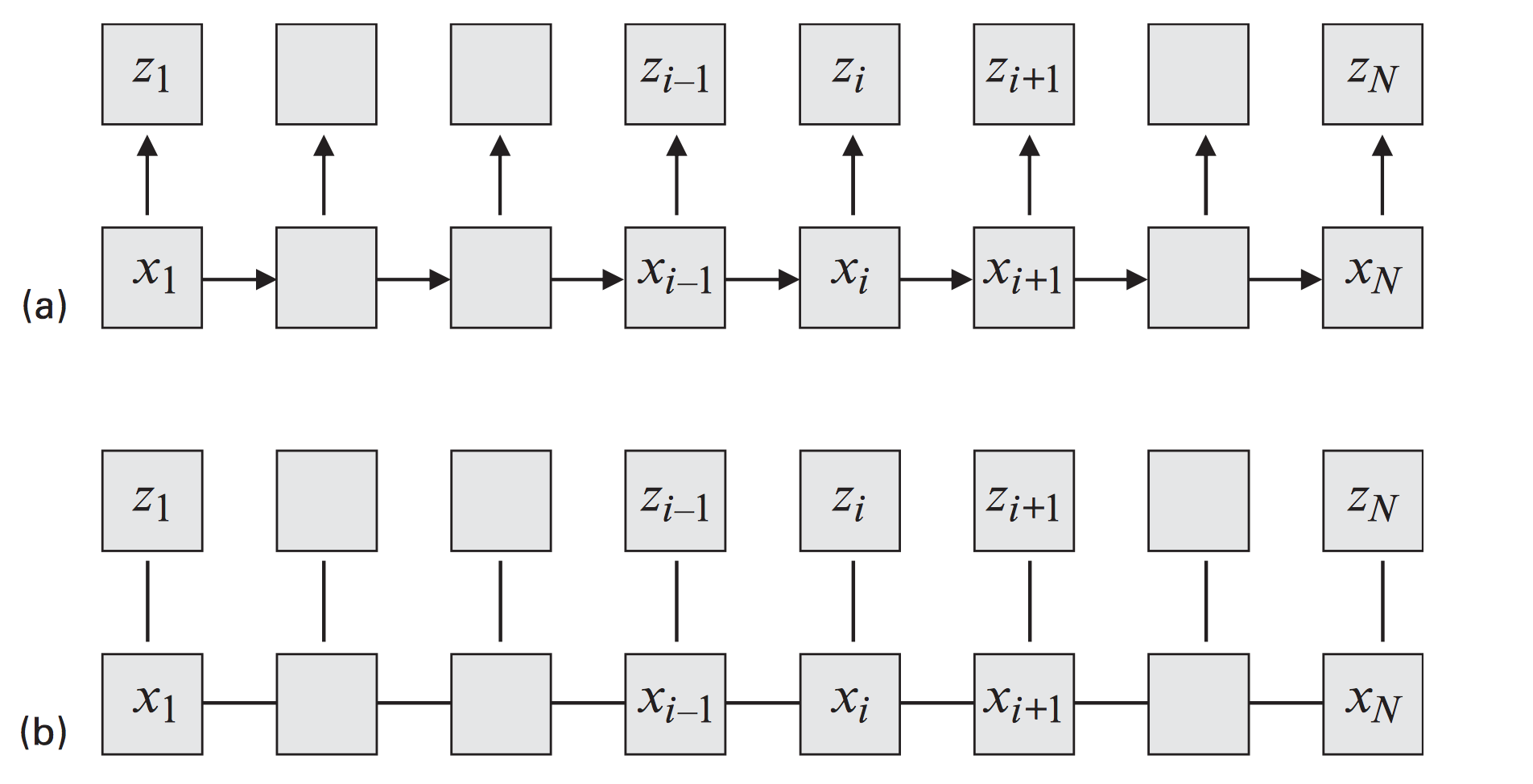 So yes, you can use Markov Random Fields to represent an HMM.

Not the answer you're looking for? Browse other questions tagged hidden-markov-model markov-random-field or ask your own question.