David Greenwald, writer, photographer and cat owner from Portland, Oregon, tweeted on Nov. 11 that there could have been some discrepancies in swing states between counties using electronic and paper ballots. This is captured on today's web edition of The Guardian, together with a link on some tweets by Nate Silver, including his regression analysis as follows:

Run a regression on Wisc. counties with >=50K people, and you find that Clinton improved more in counties with only paper ballots. HOWEVER:

...the effect COMPLETELY DISAPPEARS once you control for race and education levels, the key factors in predicting vote shifts this year. 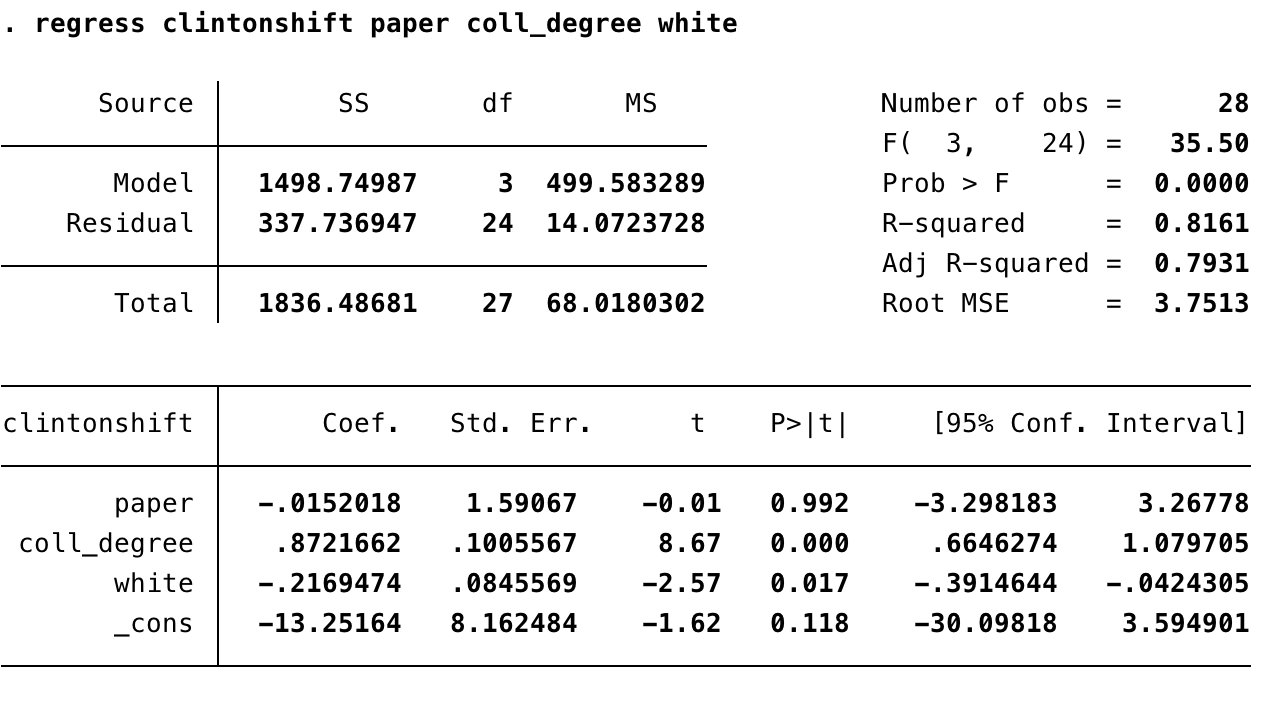 The response from Nate was exactly what we needed. I personally wanted real reasons to dismiss this scare, not "don't be silly" 2/

It seems silly, almost, now, and in retrospect, but there is already a letter to Congress signed by the who's who of higher education.

So perhaps it is not so self-evident after all, and I would like to ask for some senior comment as to when is it necessary to consider controlling for confounding variables, and how a seasoned statistician goes about it. In the end it is really impressive how a quick OLS is likely to have put an end to a looming conspiracy theory.

Browse other questions tagged regression confounding controlling-for-a-variable elections or ask your own question.