In light of this uncertainty, I feel that I should go with the Wilcoxon signed-rank test because it makes no assumptions about normality, rather than a t-test which assumes a normal distribution. Is this thinking correct?

Edit: Here are the two qq-plots for $precision$ observations for $A$ and $B$. 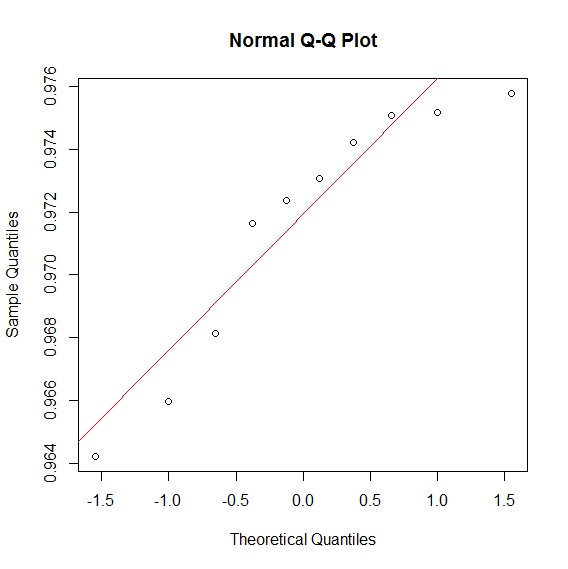 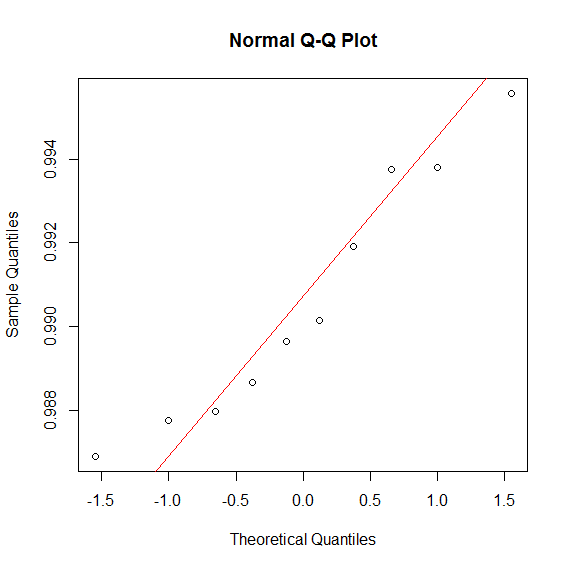 First of all there is no way to prove that any data set comes from an exact normal distribution. The idea of goodness of fit tests is to show empirically whether or not the distribution is at least close to normal.

In practice when you have a sample size as low as 10 it is hard to reject normality using any goodness of fit test. So unless you have a strong reason to believe normality (with considerations outside your sample) use the signed rank test. It should be reassuring that these non parametric tests have reasonably high efficiency.

Not the answer you're looking for? Browse other questions tagged hypothesis-testing t-test normality-assumption wilcoxon-signed-rank or ask your own question.