Which Bootstrap method is most preferred?

Maybe this question depends on the given data, but is there a "better" bootstrap method than the others? I'm simply using a one variable dataset (that consists of the differences between football scores (2 teams) over the past 15 weeks)..

First note the right skew of this data, I feel like this will take into consideration which bootstrap I would recommend as being "better" or most accurate for the representation of the data. 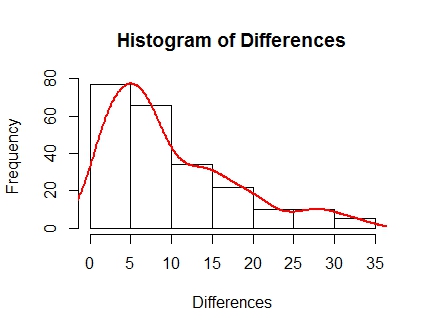 Here is a bootstrap percentile interval

In addition even the t confidence interval seems pretty accurate

My conclusion would be to choose the bootstrap t interval because it reflects the right skew of the data, it is stretched further to the right than any of the others. My sample size is 224. I think sample size plays a huge role in my conclusion, but my initial question was "is there a better bootstrap method than the others?".. Maybe it really does depend on the data and sample size. Hopefully this isn't too broad.

The BCa variant in particular attempts to deal with skewness in data, as you apparently have. DiCiccio & Efron (1996, Statistical Science) found that it performs well, as do Davison & Hinkley, Bootstrap Methods and their Applications (1997).

Why does my bootstrap interval have terrible coverage? is related, and I would especially recommend the article by Canto et al. (2006) that I cite there. And in the end, I agree that the answer is likely related to sample size, as well as your underlying distribution, and the pivotality or non of the statistic you are bootstrapping.

Not the answer you're looking for? Browse other questions tagged r confidence-interval bootstrap or ask your own question.

30
Why does my bootstrap interval have terrible coverage?