What are the steps to suggest a ARIMA model for a time series?

In the time series below, the first plot is the serie (no description of time), the second and third are Autocorreation and Partial Autocorrelation. 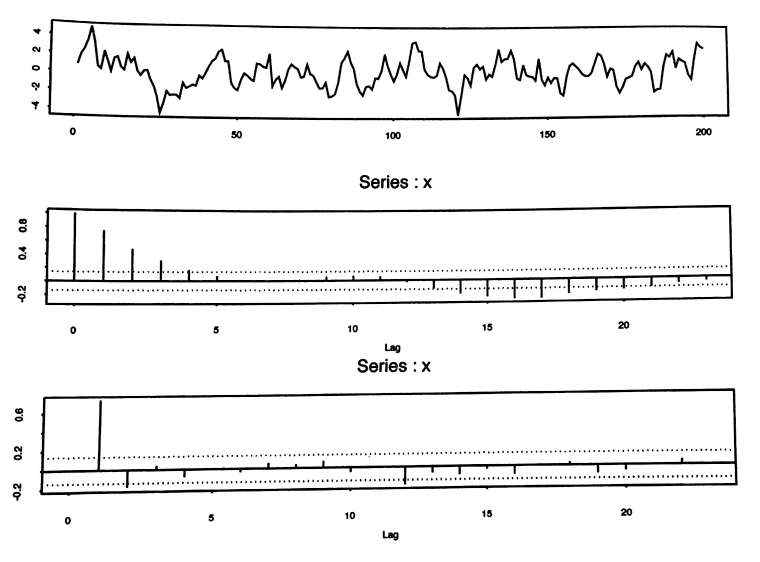 When the series have trend I know that is not stationary and need differencing, but in this case there is no trend. Apparently this series is nonstationary because the mean look bigger at start, but how can I simply by looking at the series identify that it has mean and constant variance?

This is some slides that I'm using Forecasting using R. There is some statement that say "The ACF of stationary data drops to zero relatively quickly", but how fast? In this case the ACF drops fast, but in some point the autocorrelatios become negative significant.

The plot of Partial Autocorrelation Function shows significant values at lag 1, 2 and 12.

I should consider a model with 1 difference?

What I think in general:

An appropriate for an acf as presented could (would) be (1,0,0)(1,0,0)12 with coefficients of .4 and -.3 . There is not enough data to suggest a level shift as the difference between the two means would not be large enough given the standard variability exhibited in the plot . We routinely simulate "difficult data" in order to test or automatic procedures. I used the simulation feature of AUTOBOX with the follow

ing specified model . THe simulated data was then used to compute the acf and the pacf ... 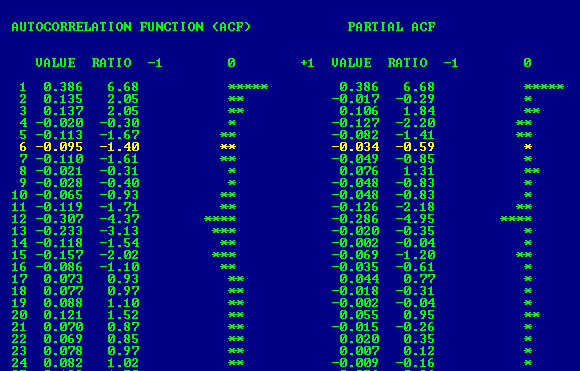 .It roughly resembles your acf and pacf. If I had more time I could actually iterate from .4 and -.3 to get closer to your acf.