I was reading this while I found:

How do you define temperature sampling?

In sigmoid, temperature is at the bottom of the exponent, so I know that as t--> infinity, sigmoid activation tends to 1. So, higher temperature corresponds to higher entropy.

Specifically, what is the explanation for behavior when τ->1 and τ→0? Intuitively, how do these limits modify probability to induce the kind of behavior mentioned above (smoothness, argmax)?

I am also seeing temparture in other places like in the temperature sampling above. Is it some general thing? 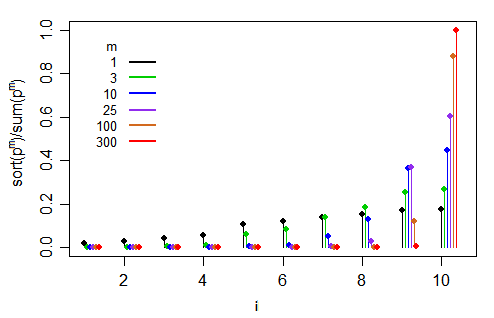 Not the answer you're looking for? Browse other questions tagged machine-learning probability mathematical-statistics sampling deep-learning or ask your own question.

2
Effect of difference operator on sampling
2
Sampling with independent probabilities
0
Covariance of sampling mean and sampling variance
3
How to do random sampling from VAE?
1
Artificial neural networks for Temperature prediction
7
Difference between "Sampling" and "Subsampling"?
0
Deriving the sampling probability of a unit for any sampling method