What type of regression should be used?

my data look like this(see pic) What type of regression should be used ?

Thanks for any idea. Vladimir. 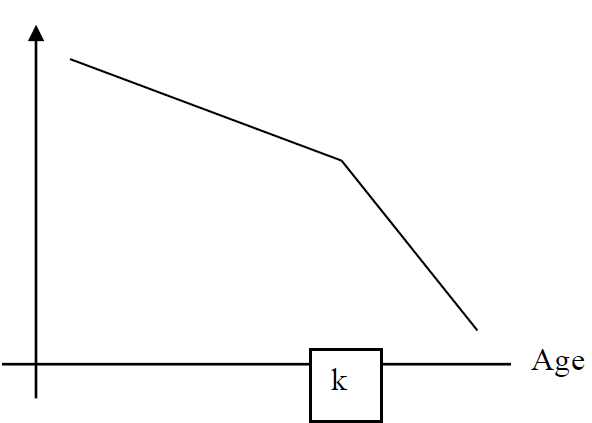 I would suggest a linear model with an interaction between Age and a categorical variable created using the dummy variable Age>K. That way the gradient of the slope can be varied by whether your dummy variable is 1 or 0 (i.e. Age >K or <=K)

Where Dv is your dummy variable.